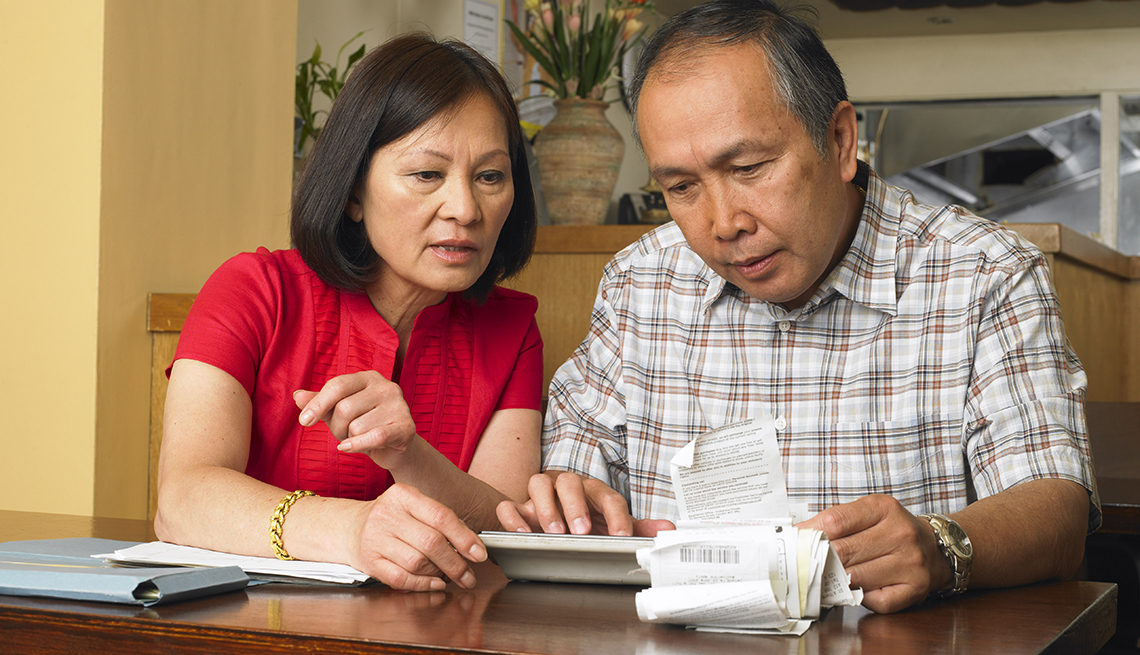 En español | Boomers typically spend $683 a month on nonessential expenses, and 15 percent spend more than $1,000, according to a survey of 1,100 American adults with at least $10,000 in investable assets.

Forty-two percent of the boomers surveyed see their discretionary spending as negatively affecting their retirement savings, while 23 percent say it adds to their credit card debt.

The survey, released by investment services firm TD Ameritrade, found that 70 percent of boomers consider nonessential spending on such things as dining out or getting takeout food to be a basic part of their lifestyle. Vacations and travel (63 percent), coffee (50 percent), and gifts for family and friends (45 percent) also rank high on the priority list. 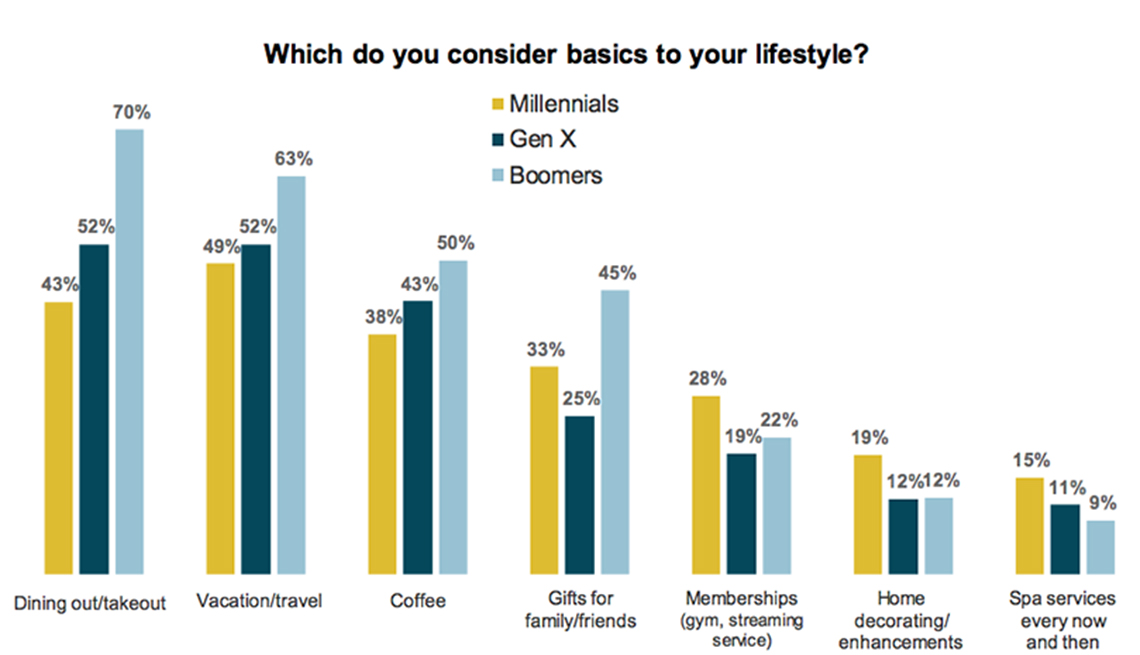 Many (22 percent) view gym memberships, as well as video and music streaming services, as basics, and 12 percent say they splurge on home decorating. Nine percent go to spas now and then, and 3 percent treat themselves to expensive clothing. Only 2 percent see cosmetic enhancement procedures as a basic need.

Boomers spend more on nonessentials than Generation X ($588 a month) but not as much as millennials ($838).

“Out of all generations, boomers admit they are least likely to last one month without spending money on nonessentials,” Dara Luber, senior manager for retirement at TD Ameritrade, said via email.

When asked what would be a hard luxury to live without, vacations are the top choice, viewed as indispensable by 20 percent. An additional 14 percent wouldn’t want to live without coffee, and 13 percent say giving gifts to family and friends is essential. Ten percent couldn’t live without buying electronic gadgets.

Thirty percent of the boomers surveyed say their expenditures on nonessentials are influenced by family or friends, while 16 percent are motivated by boredom. Advertising (4 percent) and social media (2 percent) don’t seem to have much impact on boomers, but are more influential with millennials.