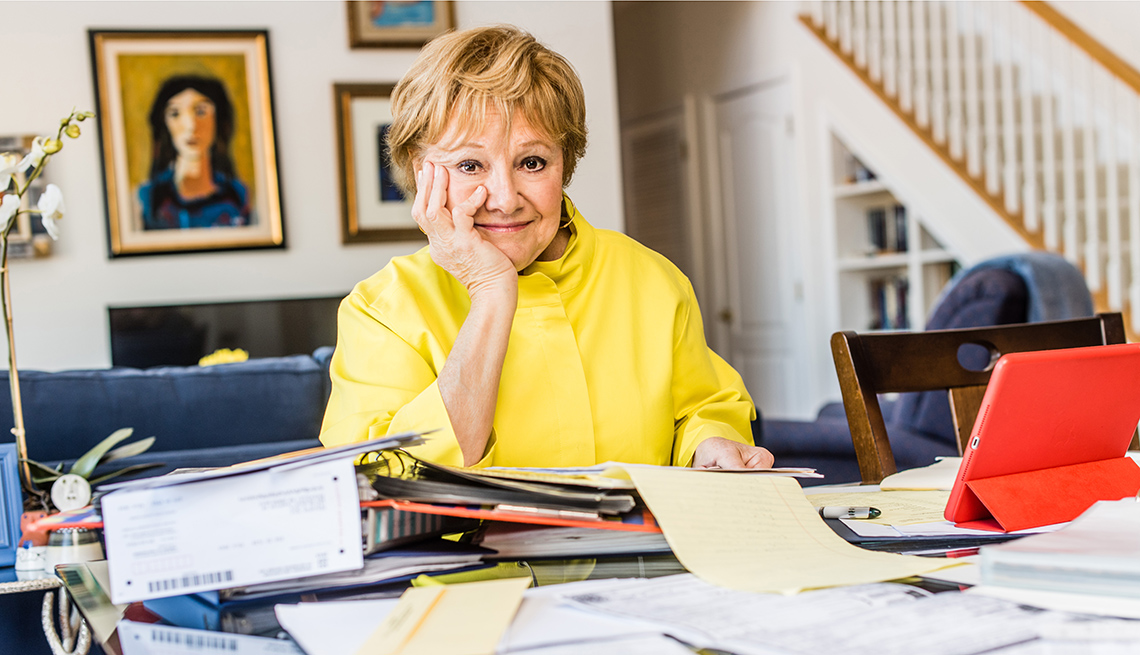 It happened again recently. I upgraded the operating system on my computer and suddenly couldn’t connect to my home’s Wi-Fi account. It was in my name, but my late husband, Benjamin, had set it up and created the password.

Benjamin and I were married for 46 years. He died four years ago, after a harrowing battle with brain cancer. Ever since I have been both missing him and missing clues that would unlock the secrets of our digital and financial lives.

I was newly bereaved when I was first locked out of one of our joint accounts, our home email. I contacted the email provider. The conversation did not go well.

“Can you answer your secret question, Mr. B. Milk, and then we can access your account? What was the first school you attended?”

Somehow, in all our years together, that had never come up. I took a guess. Wrong. Eventually, I had to hire an online computer firm that, for $149, “scrubbed” my iMac. I got a new password and new secret question and was able to get back into our email.

Benjamin and I shared a life, but I soon learned that we didn’t share everything. We talked about major expenditures. But there were dozens of little things concerning our finances that we never discussed. Confronting the paperwork and bureaucracy precipitated by the death of a spouse, I was overwhelmed by the unexpected complications.

Benjamin’s illness hit us like a lightning strike. At age 75, he seemed remarkably healthy, with a slim, boyish body and a head of silver hair that friends envied. He was chairing a meeting of our condo board in suburban Maryland when he noticed that he was having trouble finding words, and his right hand was trembling.

That night the trembling continued. I thought he was having a stroke and called 911. He passed the EMTs’ stroke test, but we went to the nearby hospital emergency room just in case. Our daughter, Meredith, a special education teacher, met us at the hospital. A CT scan revealed a small mass in his brain.

Our son, Jeremy, arrived the next day from California. Benjamin apologized for messing up everybody’s weekend.

Ten days later, Benjamin was diagnosed with one of the most deadly forms of brain cancer, glioblastoma multiforme. While dealing with treatment, he tried valiantly to get his papers in order. He even pulled together all of his passwords — a dozen different combinations of letters and numbers — and put them in an email in that joint account. But he never told me what the email was called.

After he died, I spent weeks combing through our online inbox looking for the mystery message. He didn’t make it easy. Bad guys trolling would never have found it. I read message after message until I found the passwords in a file labeled “numbers.rev.”

Looking back, I divide my ignorance into two categories: things I should have known and things I couldn’t have known.

I should have known the whereabouts of the documents for what we owned. Like many couples, we thought we had lots of time to arrange our affairs. At a time when it was all I could do to get dressed in the morning, it was hard to hunt for bank records, deeds, insurance policies and investment records, let alone the passwords and secret questions that are the “open sesame” to access assets.

One of my first tasks as a widow was to file Benjamin’s will at the county courthouse. Our will was so old that it contained provisions for guardianship of our children, who are now grownups and have children of their own.

As I expected, we had named each other as beneficiaries of our IRAs and shared ownership of our home. But I didn’t realize that my husband had one small investment account without a beneficiary. Because his account totaled less than $50,000, it was considered a small estate under Maryland law and probated quickly.

The conventional wisdom to grieving spouses is not to make major decisions for a year. What they don't tell you is that you'll be busy dealing with minor ones.

As part of the probate process, the estate was advertised in the local paper. Within days I received a call from a man claiming to be from a Delaware law firm representing Benjamin’s creditors. I told him to put his claim in writing, and I never heard from him again. I’ve since learned that some unscrupulous people check obituaries and immediately apply for credit cards in the name of the deceased. Luckily, my son had notified the three major credit agencies right after Benjamin died so nobody could claim his identity.

That was just the beginning of dealing with “death duties.” The conventional wisdom to grieving spouses is not to make major decisions for a year. What they don’t tell you is that you’ll be too busy dealing with minor ones.

Benjamin didn’t have life insurance. But he did have an IRA, an investment portfolio, Social Security benefits, Medicare, a Medicare supplemental insurance policy and that small secret investment account. Notifying each government agency and financial institution required a raft of phone calls, notarized forms and multiple meetings. No wonder I was advised to request at least a dozen original death certificates with raised seals!

If Benjamin and I had been better organized, I might have been spared some of the unpleasant surprises. But not all of them. When I called our insurance company to report my husband’s death, they immediately raised my automobile insurance rate. Their agent explained that a single driver is a greater insurance risk than a couple sharing a car.

Soon after, I notified our primary credit card issuer. They immediately canceled my credit card. It turned out that Benjamin was the owner and I was merely a user. The bank representative explained that as a user, I was not required to pay any balance owed, but they would take it up with the estate. If I overpaid, I would not get a refund. Since I was the representative of the estate, I paid the bill — to the penny.

I’ve since discovered that I’m not the only one who thought there was more time. One widow found herself with a huge and valuable gun collection. It took nearly a year to find the paperwork for each gun, sell it and deal with the proceeds as part of the estate. Another woman hadn’t the heart to ask her sick husband about his beloved sports car. “It felt ghoulish,” she said.

I met a widower who had to untangle his mother-in-law’s finances. His wife had always handled that. A neighbor in her late 70s had never written a check in her 50-plus years of marriage. When her husband died, she wasn’t even sure which bank they used.

My four years of widowhood have taught me that grief has no expiration date. It is OK to set your own timetable. I don’t have to decide today or tomorrow what to do with Benjamin’s coin collection. It doesn’t take up much room. There are still surprises that catch me unawares. Our insurance agent sent Benjamin a birthday card recently. He still gets requests to connect on LinkedIn. But not all of the surprises are unhappy ones. A month to the day after Benjamin died, I found an email he wrote to me the night before his brain surgery. In it, he offered advice on what I should keep and what I should sell, friends to consult and advice to ignore. He finished his message with, “Know that you were loved always and mightily.”

I’ll never erase that one.

Leslie Milk is lifestyle editor for the monthly Washingtonian magazine. 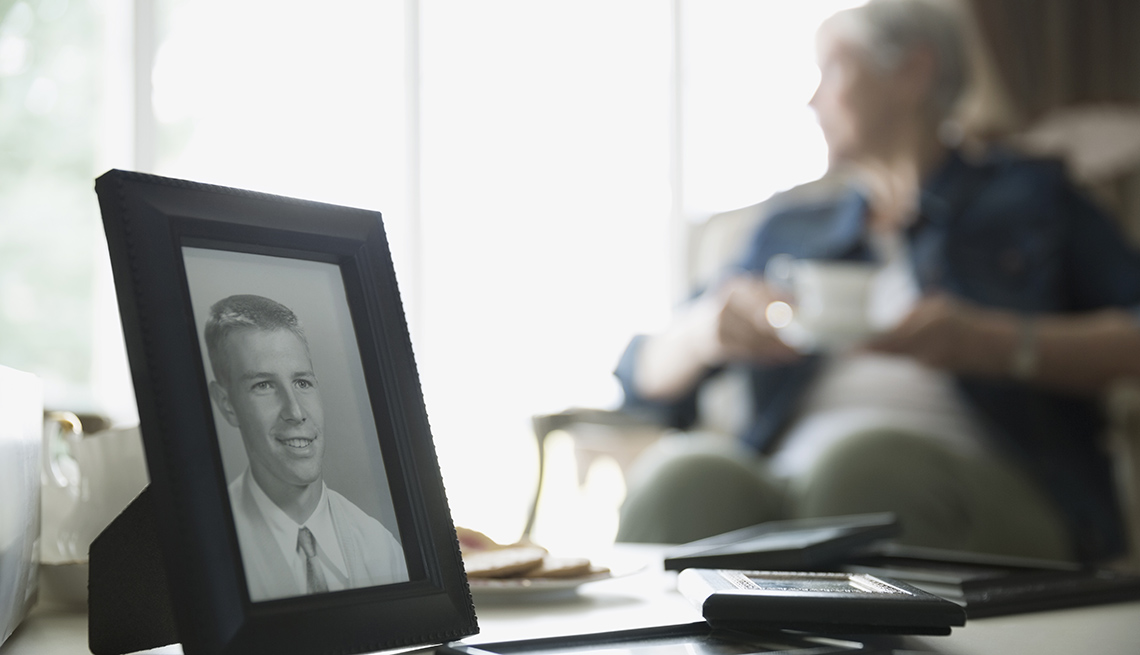 10 Tips to Help Protect Your Spouse

Ease the financial burden on your loved one after your death 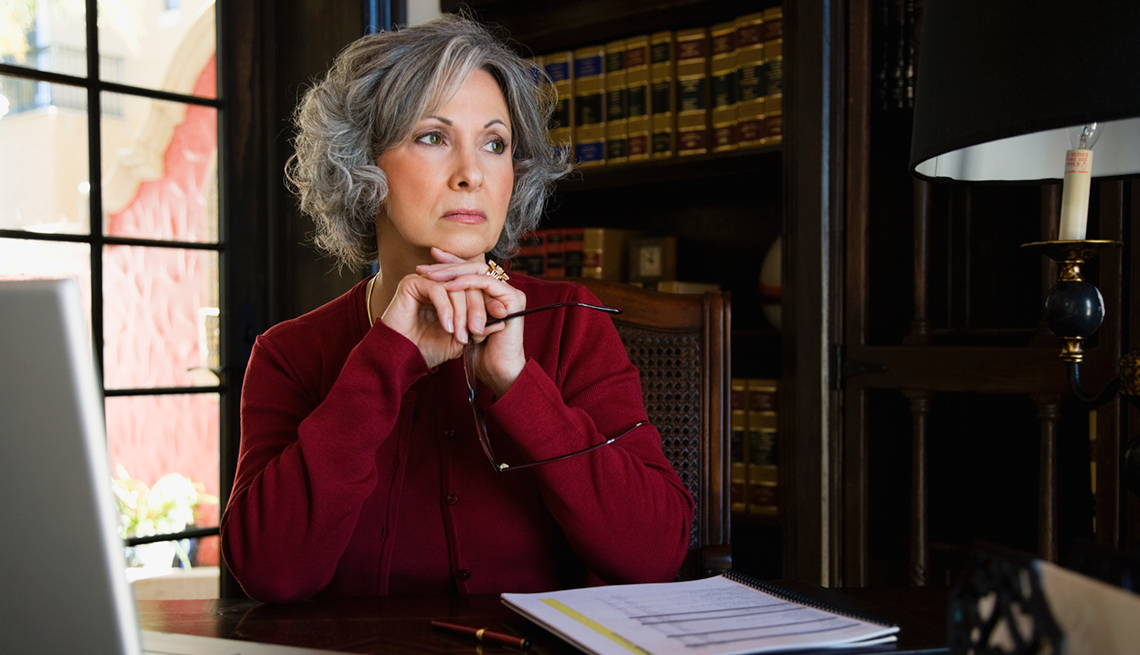