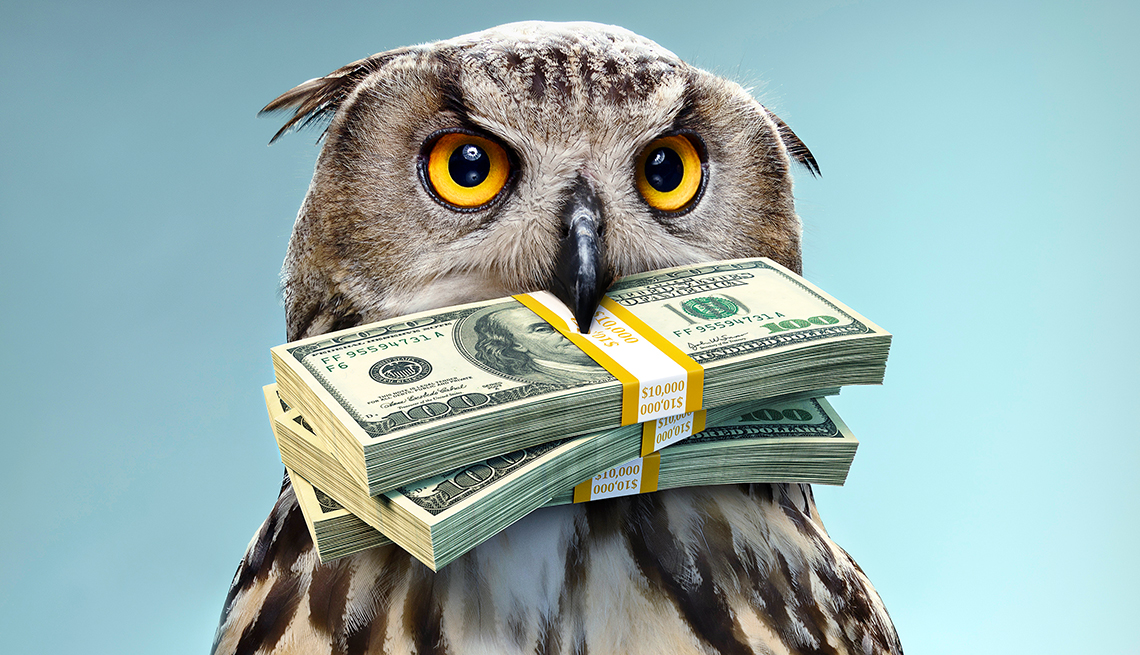 En español |  Duke University economist Dan Ariely has long studied people’s odd behavior around money, a topic he explores in his recent book, Dollars and Sense (coauthored with Jeff Kreisler). Ariely talked to AARP The Magazine about how to make financial decisions that bring you more contentment.

You say that financial decision-making is often irrational. What’s an example?

We spend very differently depending on the medium of payment. For instance, when people pay their bills with a check — let’s say, the electricity bill — and then they move it to automatic deduction, they end up spending, on average, 4 percent more. Why? Because when we write a check, we pay attention: We think about what we can save, we terrorize our family a little bit, and we turn off some lights. But when the money goes automatically from our checking account, we don’t think about it as much, and we end up spending more.

So payment is not just about the money that leaves; it’s also about how much attention we pay to it. As we age, if we do more and more things with automatic deductions, it means we’ll pay less and less attention to what we’re spending money on.

Does our irrationality about money change as we get older?

I think the big difference comes when we retire. We move from being breadwinners to spenders, and we start thinking of ourselves not as people who are helping our family, but people who are depleting savings. That’s a big shift. When people start eating into their principal, it weighs on them a lot. In a study we did quite a few years ago, we found that retirees worried many times a week about whether they would outlast their money. Even people who could do it were very worried.

So, let’s say I have enough to live on, yet I’m still worried. What can I do to feel better?

Create a discretionary budget. You need to say, “Let’s figure out how much we can spend a month on restaurants, movies and so on.”
Life is about enjoying things, and if you have a budget for coffee and restaurants and beer that is $600 a month, don’t try to spend $400. Try to spend $600. And I think the right approach is not to create a budget for coffee and a budget for movies and so forth, but to create one big budget for all the discretionary spending. Ideally, put that amount in cash in a separate envelope, or on a prepaid card or something like that, and make it a goal to spend that amount.

Are people trying to exploit our irrationality?

There’s lots of wealth in this age group, and there are lots of folks who try to sell all kinds of financial advice and things that we don’t necessarily need.
As we age, our outlook on life becomes more optimistic. Laura L. Carstensen at the Stanford Center on Longevity has researched this. Her interpretation is that when we’re young, we want to look at the negative and the positive, because we can learn a lot from the negative. But as we grow older, we’ve learned our lessons, and we don’t want to learn that much more, so our focus shifts to the positive. And I suspect this is why many older people get scammed. They lack the same level of suspicion, and they’re more trusting.

What do you do to guard against that?

Look, I don’t think the good life is the life in which you suspect everybody. It’s not a positive way to live. But I do think we need rules for behavior — guidelines that would protect us against ourselves. We need rules that would help us say something like, “This is my budget, and I don’t stray from this.” Rules like that would help people behave in a better way.