Help, I Forgot to Save for College! 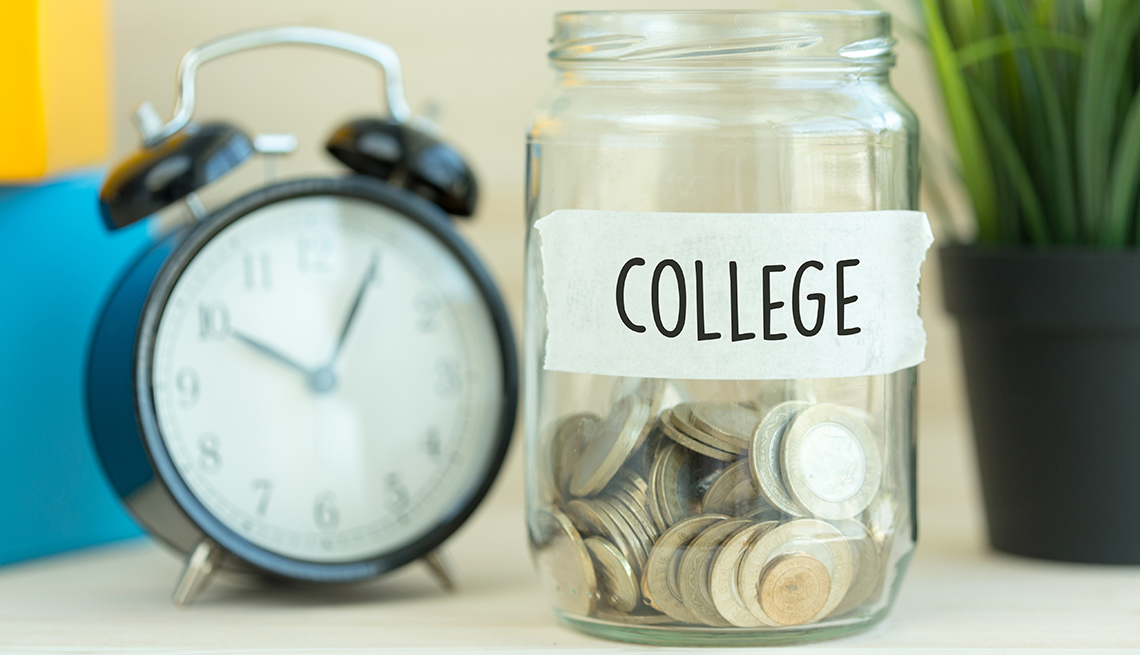 Correction: A previous version of this story misstated the best time for a relative to make a disbursement from a 529 plan.

When researchers at Stanford University offered children a marshmallow but promised them two if they waited, many gobbled down the sweet treat on the spot.

The famous marshmallow experiment demonstrated the challenge of planning ahead. It also helps explain why some parents with kids in high school suddenly realize they haven’t saved enough (or anything) for college.

“The light bulb goes off when the kids are 12 or 14 years old, and, ‘Oh, my gosh, we’ve got to do something,’ ” said James DiUlio, director of the Wisconsin 529 College Savings Program and chair of the College Savings Plans Network.

Nine out of 10 families decide that their children are college material as early as the day they sign up for preschool, a survey by the private student loan company Sallie Mae found, but fewer than four in 10 make a plan for how to cover the cost.

That further complicates an already bafflingly complex process. But there are strategies for staying ahead of the game, even when you start from behind.

“The first thing is, don’t panic,” said Kal Chany, founder and president of Campus Consultants and author of Paying for College Without Going Broke. “There are still some things that you can do.”

If you haven't begun putting money aside, start now — even if you have only a few years (or less) before you drop your child off at the dorm. Every dollar saved now is a dollar that doesn’t have to be borrowed later — and might cost $2 to repay. Plus, deposits to a 529 college savings account offer a tax benefit in 34 states and the District of Columbia, and earnings are federally tax free. In all but four of those states, you can put money into a 529 plan, withdraw it as soon as the next day and still get the tax credit or deduction. That’s like getting a discount on tuition.

“You’re going to spend the money anyway, so rather than have it sitting in your checkbook, put it in a 529,” DiUlio said.

Once you’ve started squirreling away some cash, it’s time to select a college that you can pay for.

First, ignore the sticker price; very few families pay that. You’ll pay the net price, which is the actual cost after discounts and financial aid. It’s a big distinction. The average advertised tuition, fees, room and board for in-state students at public universities is $20,770 and at private colleges, a daunting $46,950, according to the College Board. But the average net price is $14,940 and $26,750, respectively.

“Many of the more expensive schools actually have the most generous financial aid packages, so parents may be pleasantly surprised,” said Jill Desjean, a policy analyst at the National Association of Student Financial Aid Administrators and a former financial aid officer.

Find any college’s net price on the net-price calculator the government requires schools to post online or — because many schools make it hard to find — on the federal College Navigator website. (When estimating costs, also remember something many families forget: Fewer than 40 percent of students finish in four years, according to the U.S. Department of Education, and more than 40 percent take six years or more.)

Now that you’ve picked a school (and assuming it has picked you), go after all the scholarships and grants that you can get. The Free Application for Federal Student Aid (FAFSA) is required to apply for the principal source of federal help, the Pell Grant, which provides up to $6,095 per year, per student, based on income. Most colleges also use the FAFSA in their calculations of institutional financial aid; it focuses more on family income than assets and is based on the tax return from two years before the student is enrolled, so avoid cashing out investments or taking other capital gains that could spike your earnings in that year (the January your child is a sophomore in high school through the December of her junior year). Up for a big bonus? Defer it if you can.

“If they make that withdrawal in a year the college is going to look at, they end up inflating their income in the amount of the withdrawal and shooting themselves in the foot,” said Shannon Vasconcelos, a former university financial aid officer and now a college financial consultant at College Coach.

Don’t overlook private scholarships from a parent’s employer or the local Rotary Club or chamber of commerce; you can find them online, though be careful to avoid the many scams that will inevitably pop up in your Google search, and never pay a fee to learn about free money. The Post-9/11 GI Bill also offers college funds for dependents of some military veterans. Most states have their own grant programs, though many are first come, first served (and often run out of money), so resist that impulse to procrastinate, and apply early and often.

Meanwhile, the college will be busy preparing its own financial aid package for you. School officials use not just the FAFSA but other forms and sources of information, and will seem to know even more about your personal finances (including income as well as assets) than Facebook. They also will present an offer in a way that can be dense and hard to understand, making it difficult to compare with offers you receive from other schools. Loans, for instance, may look like grants. Unlike new cars, mortgages and credit cards, higher education is a purchase for which no standardized disclosure is required. It’s one of many reasons to keep in mind that the college is not necessarily on your side.

“Parents think, The college is going to be showing me how I can pay less money to them,” said Chany. “That’s not what they’re doing. They’re trying to fill their enrollment and maximize their revenue. Even though they’re nonprofits, they’re not charities.”

They will negotiate, however. Many colleges have been suffering a years-long decline in enrollment, and especially if your kid has characteristics and credentials that an institution wants, it will often up its offer — something many families don’t know they can request.

“Most parents have never heard of the idea of negotiating for college," says Vasconcelos. “It’s certainly not a slam dunk, but it costs you nothing to ask the question.” She pointed out that an informal survey of her company’s clients who did this received an average of $3,000 more a year. Scholarships and grants cover an average of 35 percent of college costs, according to the Sallie Mae survey.

Next comes filling in the gap between those scholarships and grants and what you’ll still have to pay.

You might ask for help from grandparents and other relatives, as they, too, can open 529 plans for your kids, though it’s safer to have them put the money into yours. That’s because a disbursement from a 529 plan held by someone other than a parent shows up as income to the student, and the more income it appears the student has, the less financial aid she’ll get. Or the relative’s disbursement can come in the child's junior or senior years of college — safely past the point when it would be reported on the two-years-before FAFSA. One in five families plan to get help for college from relatives, a survey by the nonprofit American Student Assistance found.

Still short? Here comes the scariest part: loans. Now that you know your likely cost, try to limit the total amount of debt you take out to no more than your kid's likely starting salary after graduation. That will vary by major, but the average starting salary for bachelor’s degree recipients in the class of 2018 was $51,022, the National Association of Colleges and Employers reports.

Start with federal loans. They have the best repayment terms, and repayment can be tied to income. But there’s a limit. Unless they’re legally independent of their parents, freshmen can take out no more than $5,500; sophomores, $6,500; and upperclassmen, $7,500, up to a total of $27,000.

That often pushes families to resort to federal Parent PLUS loans, a controversial option because they carry a 4.28 percent origination fee (compared with 1.066 percent for student loans) and have higher interest rates (7.6 percent versus 5.05 percent for student loans) and less generous repayment terms. They're also comparatively easy to qualify for, so many parents borrow more than their financial situation suggests they can afford to repay. Mark Kantrowitz, publisher and vice president of research at Savingforcollege.com, advises that the total amount that parents borrow for all of their children be less than their annual income — and half that much for parents no more than five years from retirement. Also, parents are solely responsible for that PLUS-loan repayment. If you have excellent credit, you could get lower rates and origination fees with private loans, though those can offer fewer protections and less flexibility.

Parents now owe $82 billion in PLUS loans, and between their own student loans and PLUS loans they took out for their kids, some 2.8 million Americans over 60 are still paying off student loan debt, according to the the Consumer Financial Protection Bureau.

There’s at least one more source of help: tax credits for what you spend on college. The largest of these, the American Opportunity Tax Credit — worth up to $2,500 per year, per eligible student — is available to families with incomes up to $180,000.

Tax credits kick in, however, after classes have convened and the bills have come due. And that’s a day that can sneak up on people.

Jon Marcus is the North America higher-education correspondent for the Times (U.K.) Higher Education magazine and higher-education editor for The Hechinger Report. He teaches journalism at Boston College. 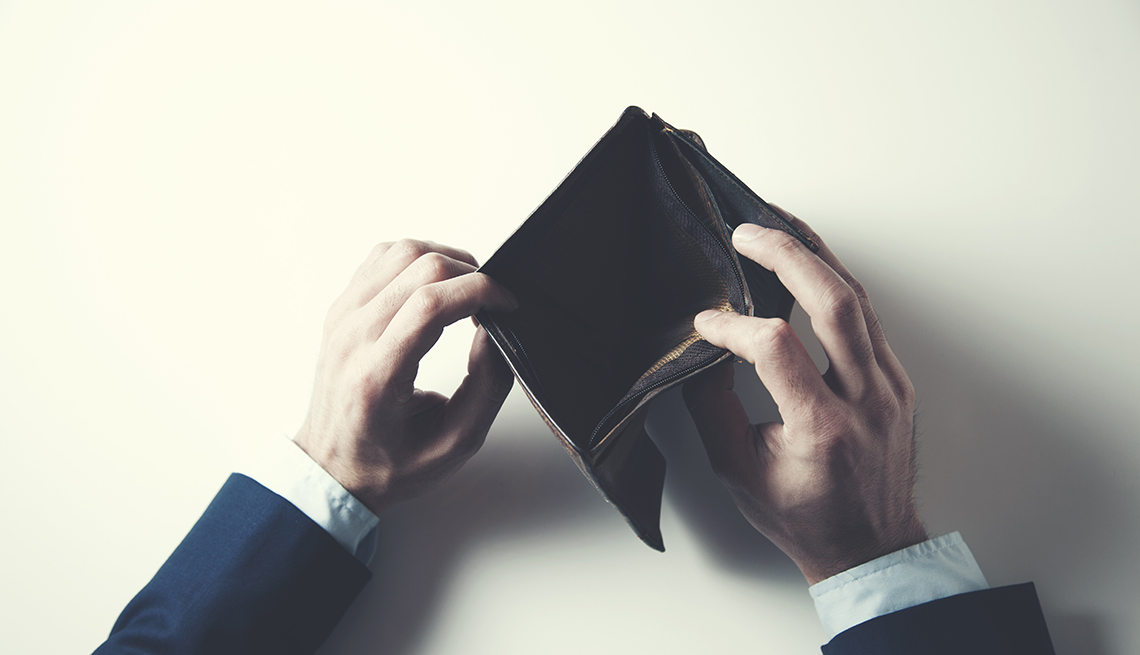 Straightforward advice for those who depleted their retirement savings
%{postComment}%