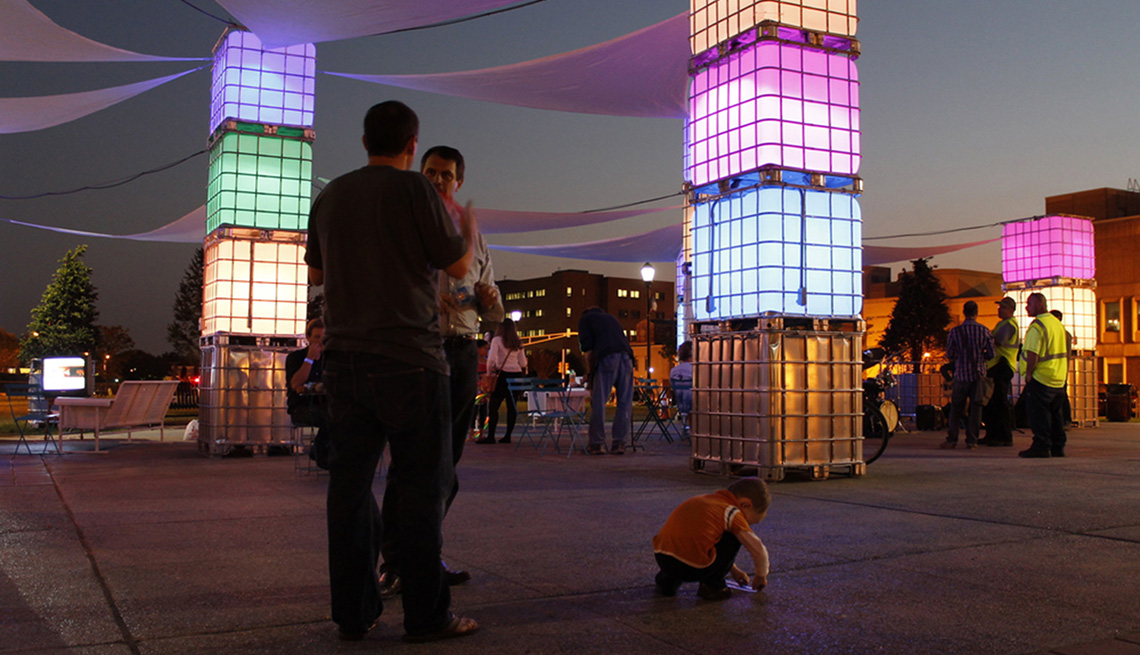 Colorful lighting makes the plaza inviting and usable at night. (Click on the photo to see more images.)

To create an interactive, impactful and inviting area for residents of Camden, New Jersey

After years of serious decline, downtown Camden has been enjoying a resurgence because of a rise in private and public investment in the city.

Revitalization efforts have already resulted in a decrease in gun violence, the opening of the first new supermarket in 50 years, more than five miles of new multiuse trails and the demolition of several hundred abandoned, inhabitable homes.

Roosevelt Plaza Park, which sits at the crossroads of existing and proposed developments, is the only large, public, centrally-located open space in the city's downtown. Each day some 27,000 people walk by the area, situated at the intersection of three major business corridors and the doorstep of City Hall.

Lacking any amenities, Roosevelt Park was being used more as a walk through area than a destination. The goal of the pop-up plaza project was to enliven the space through low-cost, high-impact, flexible placemaking strategies that would make the park appealing and guide the city's future park improvements.

The Costs and Crew

The park was funded by a grant from the William Penn Foundation and led by a multi-sector team formed by the Cooper's Ferry Partnership, which initiated the project.

The redesign of the park was overseen by Camden Redevelopment Agency, Group Melvin Design, Sikora Wells Appel and the Camden Special Services District. The CSSD staffed the pop-up during the week-long project. Ongoing funding for Roosevelt Plaza Park is made possible by the New Jersey Economic Recovery Board.

Over the course of five months the plaza team collected more than 500 hours in time-lapsed photography, more than 100 visitor surveys and feedback postcards and data confirming that 4,000 individuals had used the space at least once. The findings revealed the following to be winning features: 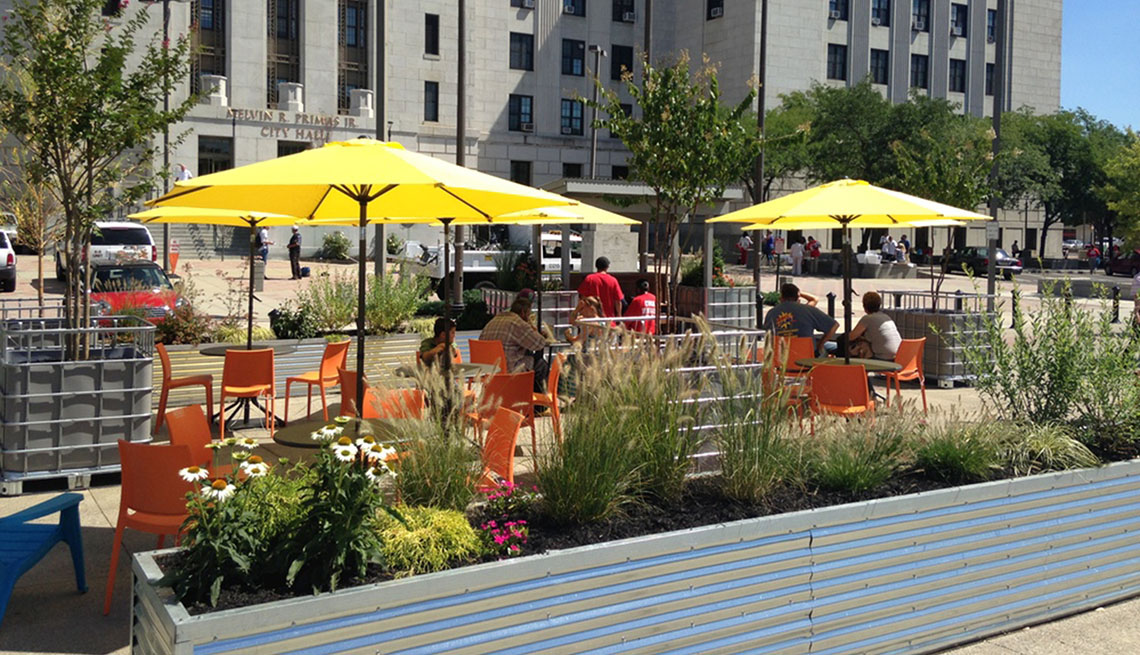 The plaza sits in front of Camden's City Hall. (Click on the photo to see more images.)

Engaging and interactive elements: Visitors to the plaza were able to enjoy and appreciate various decorative and useful items, from the interactive lighting to the piano that was available for anyone to play.

A sense of trust: Items that could be easily stolen or damaged remained unharmed and cared for. People in the area became proud of the space and felt a responsibility to take care of their park.

A comfortable place to be: A survey about the project found that people were especially appreciative of the plaza's new seating and shaded spaces.

Future improvements are slated to include:

The plaza would benefit from a long-term build-out by: