"At a community meeting, one woman opened her mouth and asked me to take a picture of the open sores inside."

In the fall of 2016, AARP Michigan volunteers were given a crash course in the do's and don'ts of door-to-door canvassing. A year earlier, the water system serving the city of Flint, Michigan, population 97,000, was revealed to be dangerously toxic due to lead. (To learn more about the Flint water crisis and recovery, read "State of Emergency Declared in the City of Flint," a summary that's housed on the city's website.)

While the initial response was to provide residents with bottled water (for both consumption and bathing), and then water filters for attaching to faucets, those were and remain temporary measures. To solve the problem, the city needs to remove and replace the lead-tainted service line pipes that connect the water main to individual homes. But before that can happen, homeowners have to sign a consent form allowing construction crews permission and access to do the work.

In the following article, Mark Hornbeck, an associate state director for AARP Michigan, describes why and how AARP took to the streets to help implement Flint's FAST Start pipe replacement initiative. (Be sure to check out the links — including to tips and a video about AARP's door-to-door work in Flint — at the end of this article.) — Editor, AARP Livable Communities 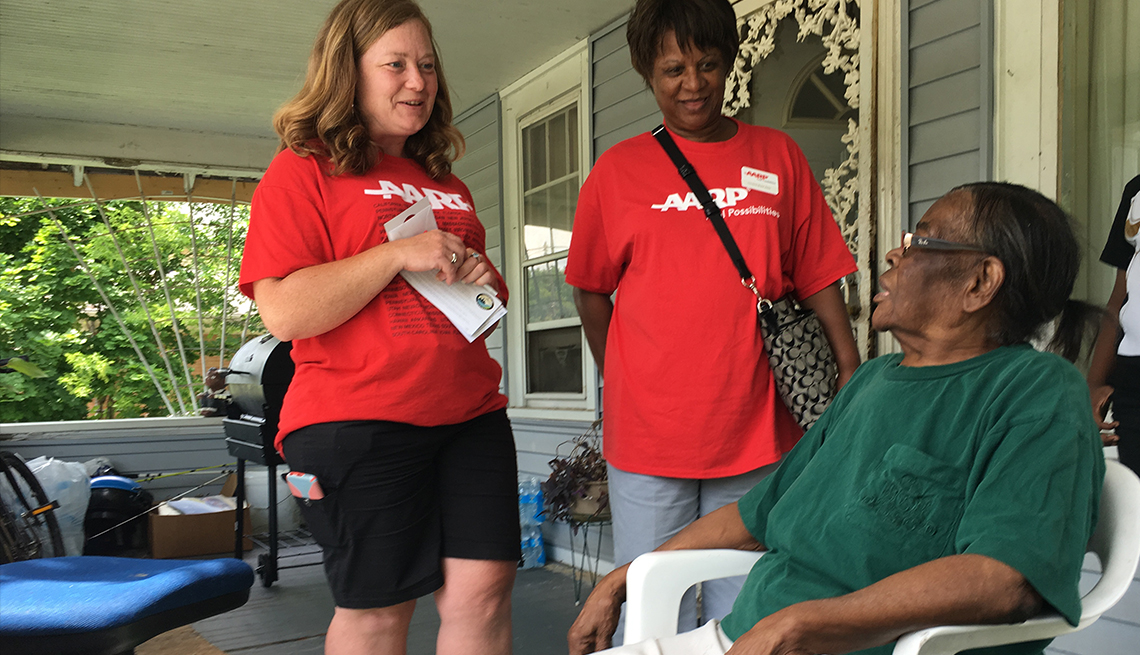 During the fall of 2015, it was hard to open a newspaper or turn on the TV without hearing about the water crisis in Flint. The devastating story gripped the headlines, and as government officials passed the blame and pointed fingers, real people were suffering.

Residents showed up at crisis forums with samples of the frighteningly brown and murky water flowing from their taps. Reports surfaced of children with abnormally high lead levels. People were afflicted with mysterious rashes and illnesses.

While the Flint crisis had received national attention, the AARP Michigan team noticed that there was little focus on the unique needs of the community's older adults. The staff began working with volunteers to deliver bottled water to homes without safe drinking water. Seeing the devastation firsthand was not easy.

Asking Residents What They Need

We didn’t just ride into town on our steeds and tell people what we were going to do. We needed the residents of Flint to tell us what they needed.

With the help of the AARP national office and AARP Foundation, the AARP Michigan team organized two listening sessions with the goal of hearing from older adults. We captured the perspectives of more than 80 Flint residents. Those sessions were followed by a needs assessment of 700 residents ages 60 and older. The assessment revealed the community was in resounding agreement that replacing the water lines leading to their homes was the top priority. 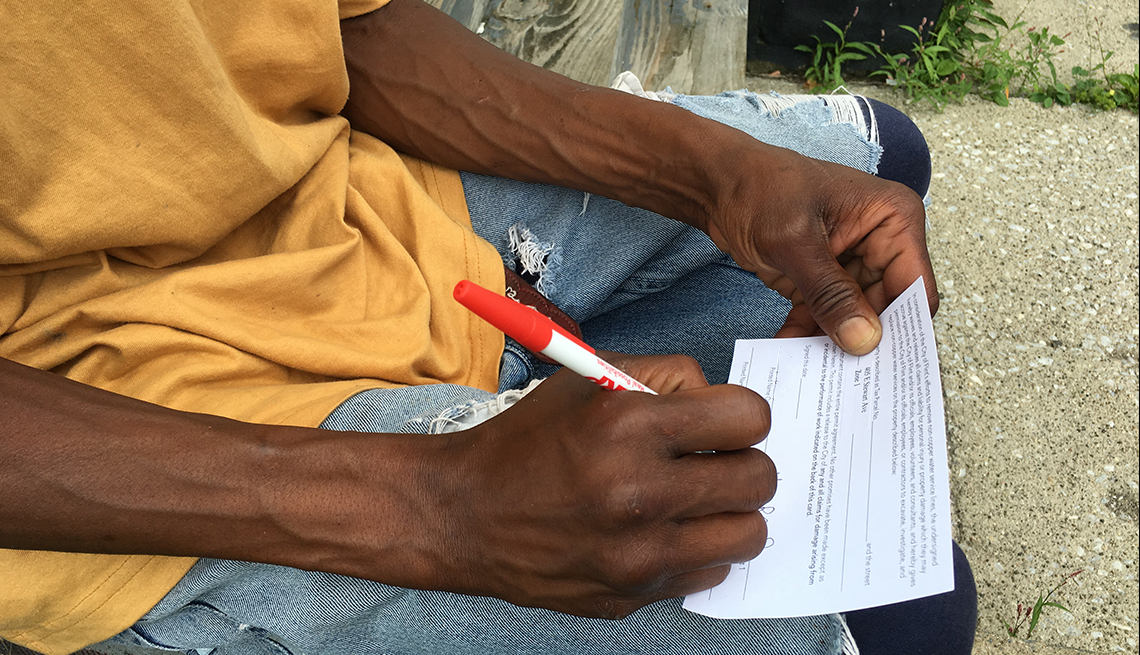 A Flint resident signs a form giving the city permission to replace the water line leading to his home.

The precursor to the pipe replacement was securing signed consent forms from residents, and this provided a clear role for AARP Michigan. At a time when there was so little trust in government officials, AARP was a trusted messenger with the capacity to both collect consent forms and help the community understand why signing the form was necessary.

AARP Michigan's volunteer force played a key leadership role in organizing and executing the massive task of contacting thousands of homes to secure consent forms. Some volunteers needed a cane or walker while going door to door to help the people of Flint.

"The volunteers were extremely dedicated," says Kimberley Bishop, AARP Michigan associate state director of community outreach. "They've been out in rain and the cold and never complained."

The AARP team integrated into the community and partnered with a diverse group of public and private entities, including the Flint Water Interagency Coordinating Committee (FWICC), the Michigan Department of Environmental Quality (DEQ), the FAST Start pipe replacment program, the Michigan Department of Health and Human Services (DHHS), the Office of Flint Mayor Karen Weaver, Ph.D., the Valley Area Agency on Aging, and faith-based organizations.

During their two hour canvassing training, the volunteers were told by law enforcement officials to stay alert, look for evidence of dogs, listen, walk carefully, do not enter homes, and stay focused on the mission. ("You're here doing God's work. Be careful," said Detective Sgt. Tom Zak.) Susan Lutz, of the AARP Office of Volunteer Services, advised the helpers to carry charged cell phones, wear good walking shoes, dress for the weather and "have a smile on your face when you approach the house."

— From "AARP Michigan Volunteers Train to Help Out in Flint"

The team also organized an earned and paid media strategy to help the community understand the pipe replacement process. This included a TV buy in the Flint market with ads featuring AARP Michigan State Director Paula Cunningham, who quickly became a local celebrity. "As we went door to door people were asking us, 'Do you know Paula?'" recalls Bishop.

The people of Flint are still dealing with the ramifications of the water crisis, and AARP Michigan is committed to continuing its presence in the community. The partnerships and reputation built during the water crisis work have provided opportunities for other community work, building relevance for current and potential members.

The most meaningful feedback comes from the real people touched by AARP's work: the residents of Flint, some of whom sat on porches waiting for the red-shirted AARP teams to arrive.

"One man stopped me while we were going door to door," says Bishop. "He pulled his AARP card out of his wallet to show he was a member. He thanked us profusely for the difference we are making in his hometown of Flint."