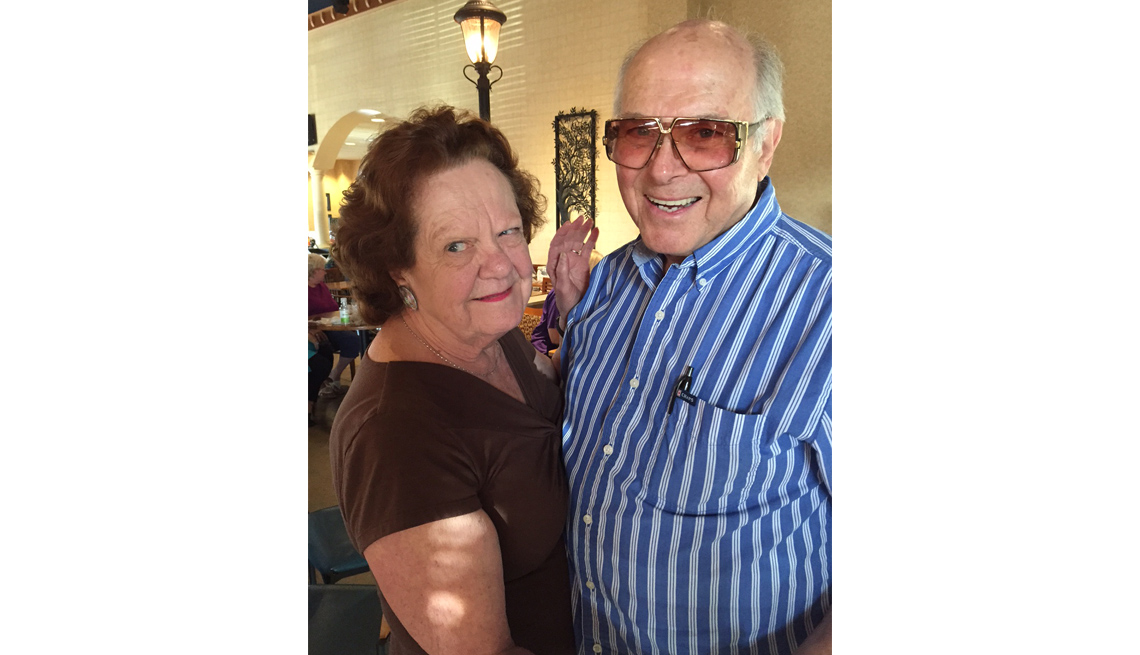 Judy Miller and Goody Freed have enjoyed music and dancing for as long as they can remember.

Both widowed and in their early 80s, they met five years ago at a local senior center. He's a retired cameraman for CBS television in New York City and she's a retired homemaker. They live in suburban Rochester, New York, which it turns out is a good place for dancing. (And for connecting with AARP New York, which has an office in Rochester.)

On Friday evenings, Miller and Freed had been attending a dance held at the Wegmans grocery store in Webster, New York. The Johnny Matt Band plays there each week and the couple loves the group's music. Miller is especially fond of band member Jon Seiger, a jazz veteran who had played with many of Louis Armstrong's musicians. Seiger does a dead-on Satchmo impression and he plays the trumpet and keyboards — "sometimes at the same time," notes Freed (who, full disclosure, is the father of this article's author).

"But in the winter it's a long way out to Webster," says Miller, who was diagnosed with macular degeneration in the late 1970s, about the 30-mile roundtrip drive. So in July of 2011, she and Freed approached the manager of their local Wegmans and asked about the store hosting a weekly dance. It didn't take much convincing. The first dance kicked off a month later with Seiger and his own band, the All-Stars, providing the entertainment.

"Part of our mission at Wegmans is to be part of the community and help people live healthier, better lives," says Amy Pasley, the store's current manager.

Every Thursday evening from 5:30 to 7:30, up to five dozen people — ranging in age from toddlers to octogenarians — can be found eating, listening to music and dancing in the Marketplace Café of the Calkins Road Wegmans.

It might seem odd to attend a dance at a grocery store, but, says Pasley, "We have the space — and Judy, Goody and the All Stars band create a perfect evening for our customers, who can shop, dine with us, socialize and get some exercise." 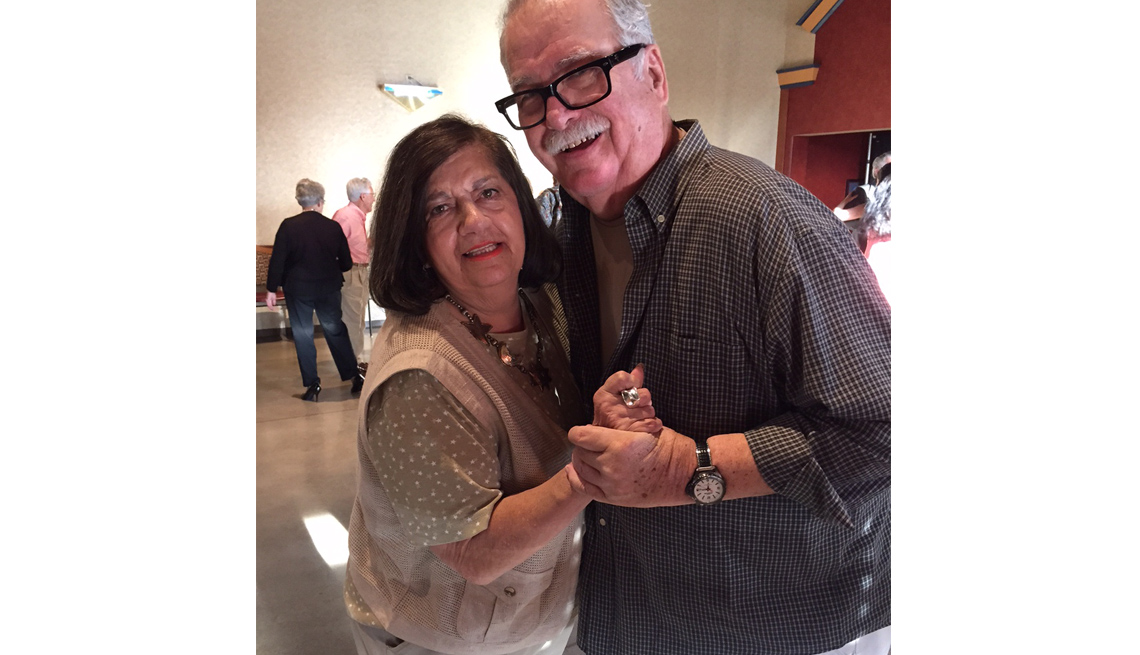 Dancing is a social activity that can be enjoyed by people of all ages. Social activities and participation can lead to slower rates of health decline. Also, dancing benefits cardiovascular health, balance, coordination, flexibility, cognitive skills and memory. In fact, a 21-year study conducted by the Albert Einstein College of Medicine in New York and funded by the National Institute on Aging showed that out of all the leisure activities studied — such as biking, swimming and doing crossword puzzles — dancing was the only physical activity to offer protection against dementia.

Miller and Freed have found that dancing keeps them fit, and it has become a major part of their social lives.

"People can dance forever," says Esther Brill, a social dance instructor in Rochester. "Our feet might not move as fast when we're older, but the music and the energy are still there even if we're sitting down."

Since Wegmans donates the space, the venue is free. Attendance is free and food and beverages are available for purchase at the café. The store pays the band, the All-Stars, which brings its own audio equipment. 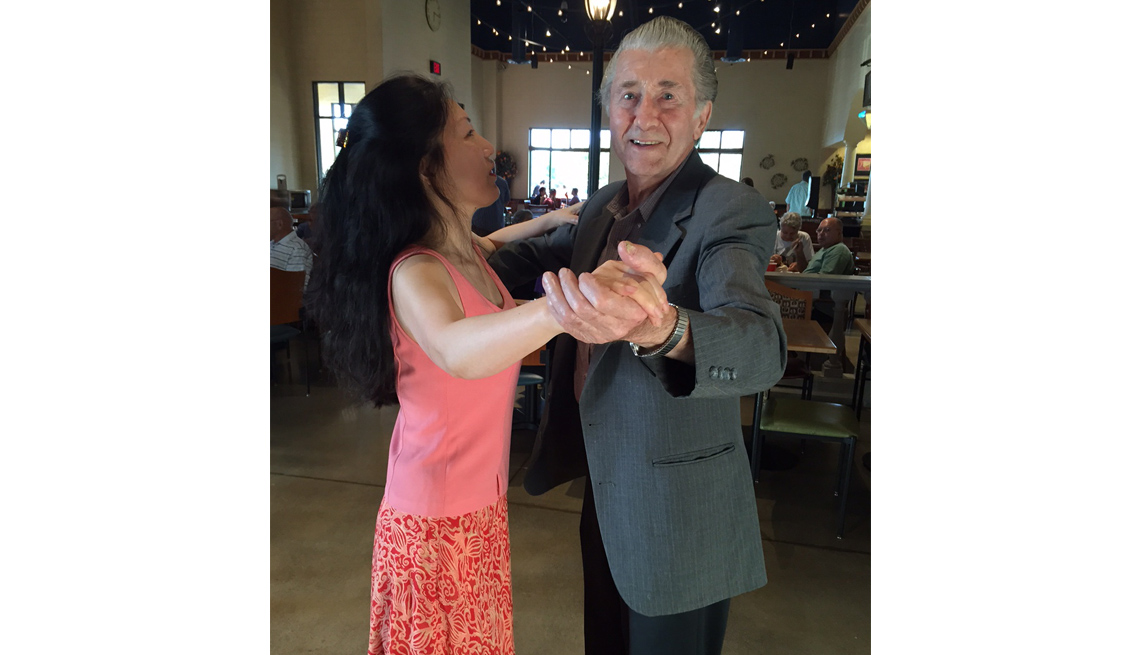 No special supplies are needed. Wegmans employees move the café tables to create a dance floor space. Although the store doesn't provide food, it served a large sheet cake to celebrate the dance's fifth year. No special shoes or outfits are required.

During the event, Wegmans puts up a sign near the entry and will periodically announce to shoppers that there's dancing in the café. Advertising happens beforehand, with Freed and Miller contacting the calendar editors at all the local newspapers. Freed also leaves on the tables a list of all the local dances, their dates and times. While the pair never miss a session, and there are plenty of regulars, many people just come to schmooze and listen to the music.

Wegmans' manager was able to make the decision to host the dance without having to go through the corporate offices for permission. Participants don't have to register, and because the café is located along one side of the building it doesn't interrupt the flow of shoppers. 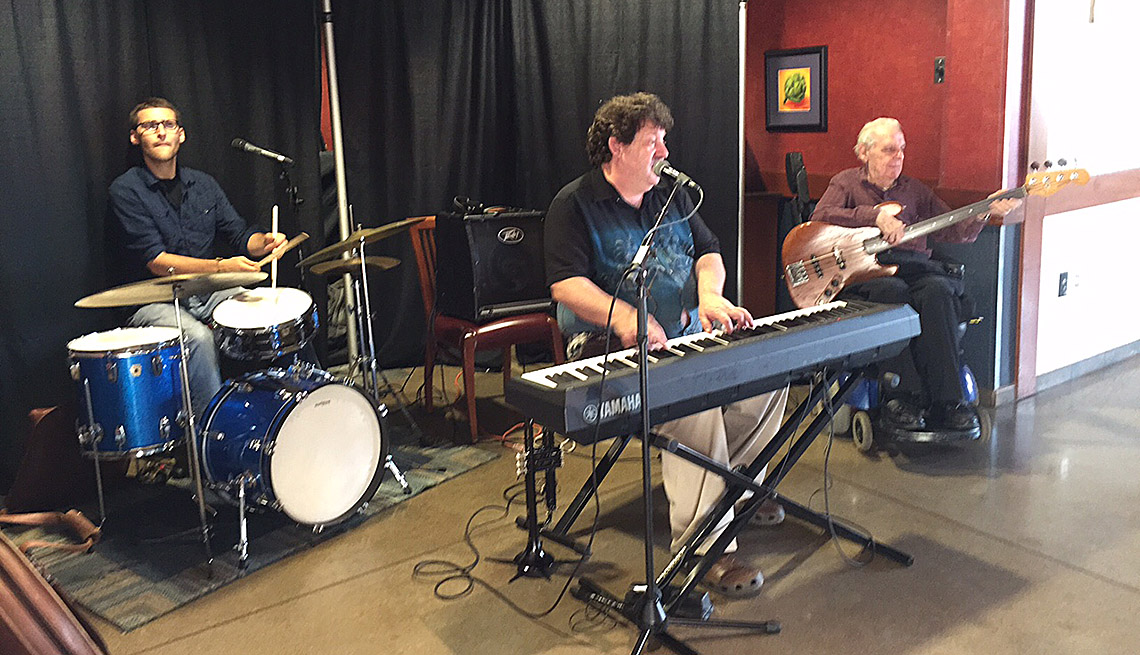 Ingredients For A Successful Dance

Not every community has a Wegmans, nor does every Wegmans want to host a weekly dance event. However, the following "recipe" can help individuals, groups and communities get their neighbors dancing.

A DJ might cost less than a band, but Carman says the DJ needs to "work with people on requests and know how to get people out on the dance floor." His community center inherited a 17-piece big band that was started in 1954. The center doesn't pay the band but offers it free rehearsal space. Carmen likes having a band at dances because a good band leader will tailor the music to the dancers' expectations. 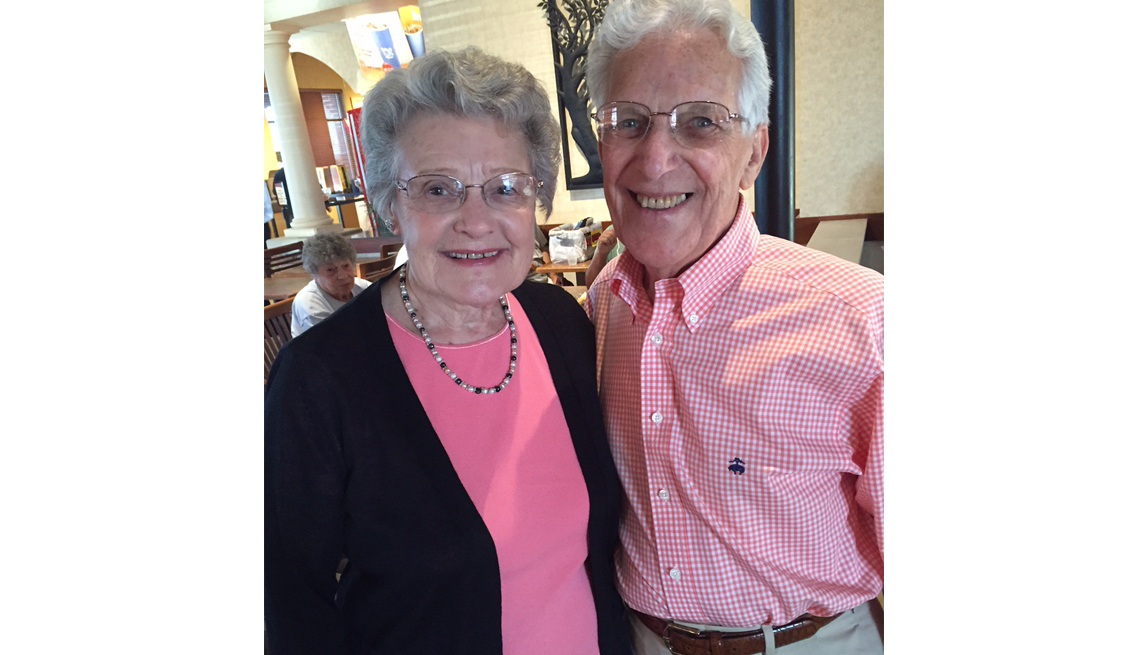 4. To Charge Or Not To Charge?

Most of the Rochester dances charge low fees for participants. (Carman's group asks for a $1 donation to cover the costs of coffee and cookies and new sheet music.) The decision to charge or not depends on how much the organizers have to pay for the music, venue, food and drink, or publicity.

Sometimes a dance can be just a dance. Sometimes the event can have a theme or be for a cause. To engage more people, instructor Brill suggests holding a beginner mini-lesson at the start of an event. "So many people are afraid to dance," she explains. "There's an emotional barrier. You only have one chance to make a newcomer feel comfortable and confident."

Kathie Campbell, president of Rochester's Flower City Jazz Society, organizes 12 dances a year, each of which features a band (which is paid for its time). Campbell is aided by a board of dedicated volunteers — a treasurer, booker, hospitality team, membership manager, newsletter editor.

Campbell promotes the Flower City Jazz Society dances through a monthly newsletter, a website and counter cards that members give out when they attend different functions.

Carman says it's difficult to reach his crowd, who are mostly in their 70s, with online tactics. He prefers telling the really talented ballroom dancers about upcoming dances and then promoting their presence at events. He has also found that some people are more interested in following a particular band or musician and will attend dance events because of the talent. "It's all about constant networking," he says.

At every dance event local organizers leave information about other dances. In the past year, Goody Freed created what is now known by many in the Rochester dance community as "Goody's White Paper." It lists all the local dances, their dates and venues.

Another big push for the local dance scene was a 2015 feature in the Rochester edition of 55 Plus. It's also important to get dances listed in online calendars and in regional and daily newspapers.

No matter how an audience is reached, Brill stresses that all publicity should "let people know that beginners and all ages are welcome — with or without a partner."

The best way to get new people dancing is to encourage the general dance community to go dancing. "Dancing is addictive and dancers love to dance," says Brill. "They'll promote what they do by just getting out there."

Stacey Freed is always happy to dance when she's not working as a freelance writer from her home in Pittsford, New York.