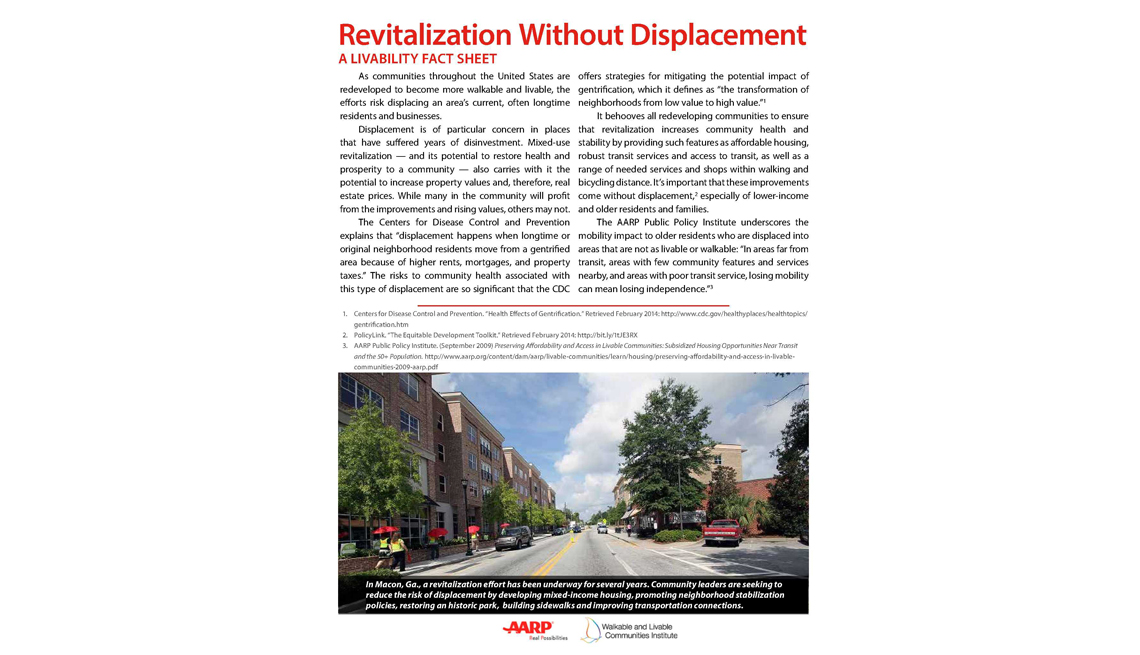 As communities throughout the United States are redeveloped to become more walkable and livable, the efforts risk displacing an area’s current, often longtime residents and businesses.

Displacement is of particular concern in places that have suffered years of disinvestment. Mixed-use revitalization — and its potential to restore health and prosperity to a community — also carries with it the potential to increase property values and, therefore, real estate prices. While many in the community will profit from the improvements and rising values, others may not.

Published by AARP Livable Communities and the Walkable and Livable Communities Institute as part of its Livability Fact Sheets series, “Revitalization Without Displacement” discusses how to improve a community without making the town, neighborhood or city inaccessible (in essense, unlivable) for existing residents.

Among the problems and solutions cited in the fact sheet:

Among the places where community revitalization has worked:

The "Revitalization Without Displacement" fact sheet can be used by policy makers, planners, local leaders and citizen activists to educate themselves and others about the need for a community to be livable for all residents.