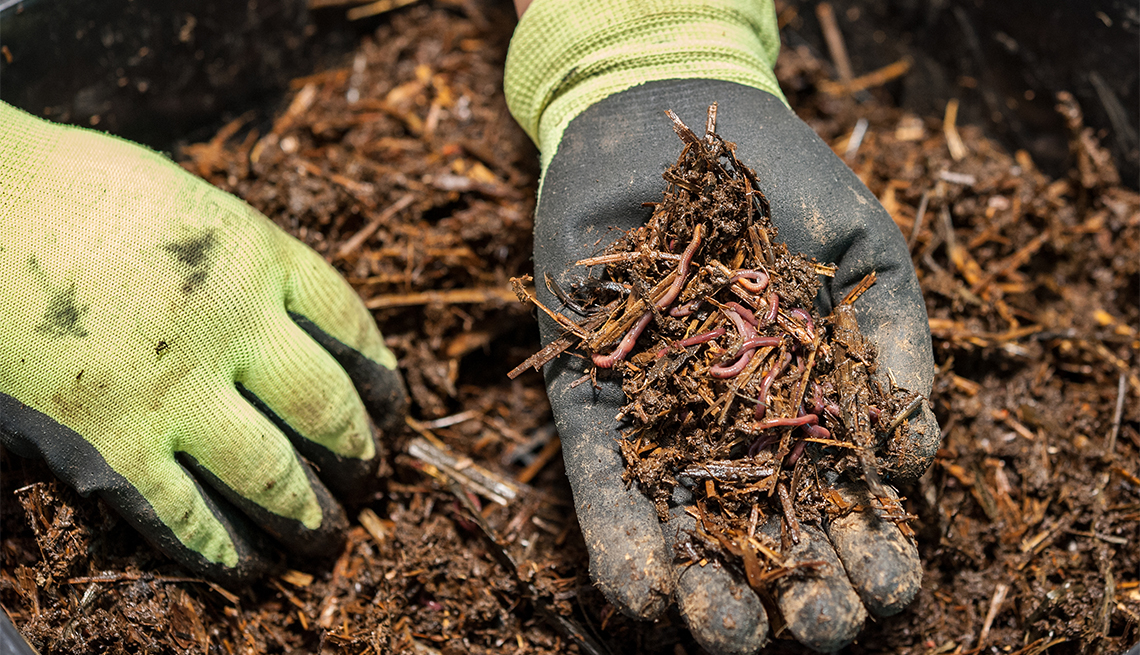 A bin of wriggling worms is not a sight everyone enjoys, but a smart gardener knows that squirming mass represents the possibility of richer dirt and a more productive growing season.

Worms are the workhorses of good soil health, creating compost — known as vermiculture — that contributes to nutrient-rich soil and vigorous plant growth. Creating your own worm farm, which can also cut down on food waste, is easy and relatively inexpensive.

Ann Barklow, 67, a horticulturist for the city of Greenwood, S.C., says worm compost brings more vitality to the red clay soils of her state. She uses the compost in her vegetable garden to boost plant production. When she harvests her vegetables, she chops up the unusable parts to dump in her worm bin.

"My worms make another beautiful compost from the scraps,” she says. “I put the compost back into the garden and it just closes the circle.” 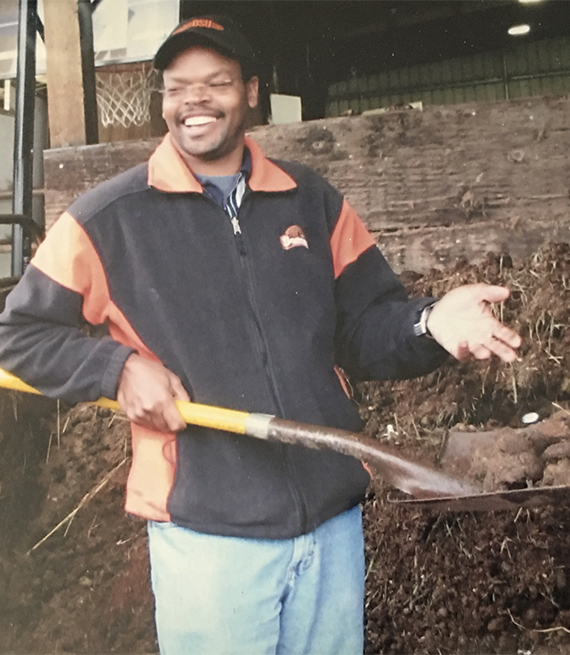 Vermiculture contains higher levels of readily available nitrogen than traditional compost so plants can use it instantly, eliminating the need for artificial fertilizers, says Sam Angima, 54, associate dean for extension and a professor at the College of Agricultural Sciences at Oregon State University.

The most common worms are red wigglers, the same type of worm used for fishing bait, and are a different species from garden worms. If you can't find a free source of red wigglers, they are available online by searching for vermiculture or worm composting.

Though some might consider these worms gross, aficionados get attached to them. And it's an unusual project to do with kids, who may not be so squeamish about the wigglers, says Barklow, who has created worm bin projects with children. “It was a lot of fun,” she says. “You're going to be the coolest mom or the coolest grandma or grandpa to do something like this with them."

Unlike traditional composting, which requires a backyard and space, even apartment dwellers can have a worm bin to use with household plants, says Angima. “It can be very small scale. All you need is a plastic bin that's one cubic foot in volume,” he says.

Even if you just have a few potted plants on a porch or houseplants, you can create a worm bin and use the compost. “Your plants are going to have a lot more vibrancy because you're feeding the soil,” says Jamiah Hargins, founder of Crop Swap LA.

Follow these five steps to create your own worm bin and start creating vermiculture that will boost your garden soil. 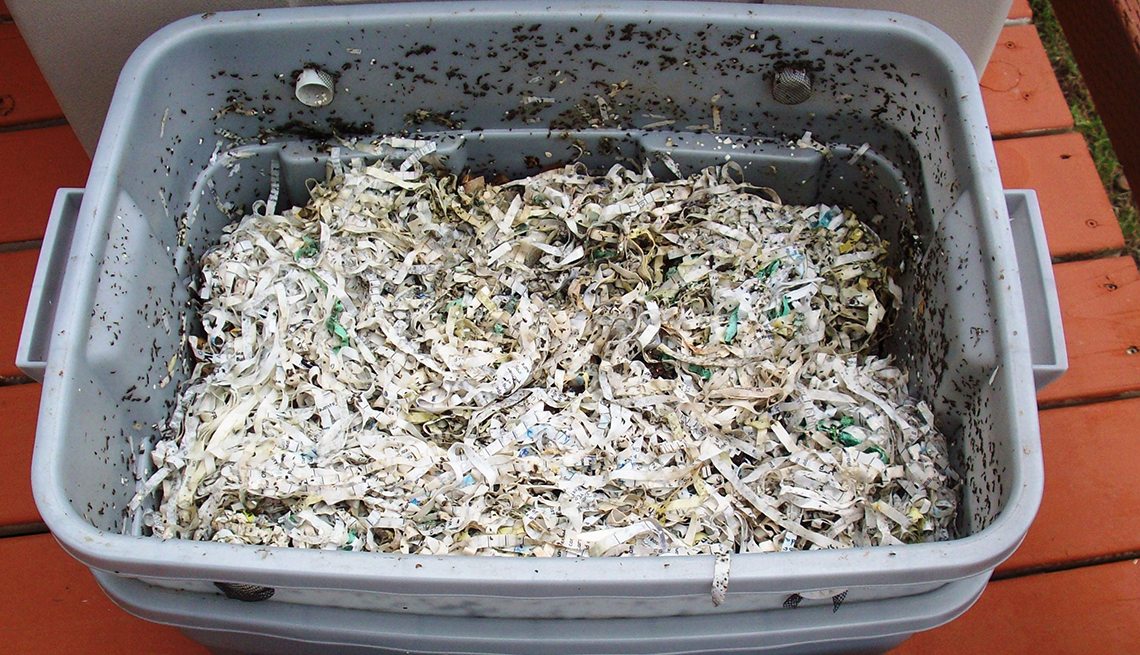 A worm bin can be as simple as a Styrofoam cooler or an opaque plastic utility bin with a tight-fitting lid, says Barklow. Some websites sell elaborate systems of several bins with screens in between to sort the finished compost, but low-cost items can work just as well. Use an opaque bin as worms feel most comfortable in the dark. Drill or punch holes on the upper sides and top for aeration.

Before getting worms, fill up to 50 percent of the bin with a bedding of shredded newspaper, cardboard, dried leaves or similar carbon-based material, plus a few scoops of garden soil, Barklow says. “It's like you're bringing home a new baby. You want to get the nursery ready,” she says.

Barklow uses a stacking system of several bins with screens on the bottom. She can move the bins of finished compost to the top and put food in lower bins, letting the worms migrate.

Greg Schultz, main steward at the Thomas Street Community Garden in Chicago, recommends keeping worms in the basement where temperatures are steady. “Worms shouldn't be kept outside. The temperature range gets a little too hot in summer and too cold in winter,” he says.

If you don't have a basement, look for a place that's cool and dark with few temperature fluctuations, such as under a kitchen sink, says Rick Carr, farm director and compost specialist for Rodale Institute. Barklow keeps them in her garage, which is heated and air conditioned to keep the air temperature stable.

3. Learn about care and feeding

Start by feeding worms a cup or two of chopped up raw fruit and vegetable scraps buried under the bedding in one quarter of the bin. Coffee grounds (including the filter) are also good, but avoid meat and dairy, along with citrus, which is too acidic, says Angima. Experts say you can feed worms weekly, but check to make sure they ate at least half of their previous meal to avoid overfeeding. Put new scraps in another quarter to encourage migration from finished compost. 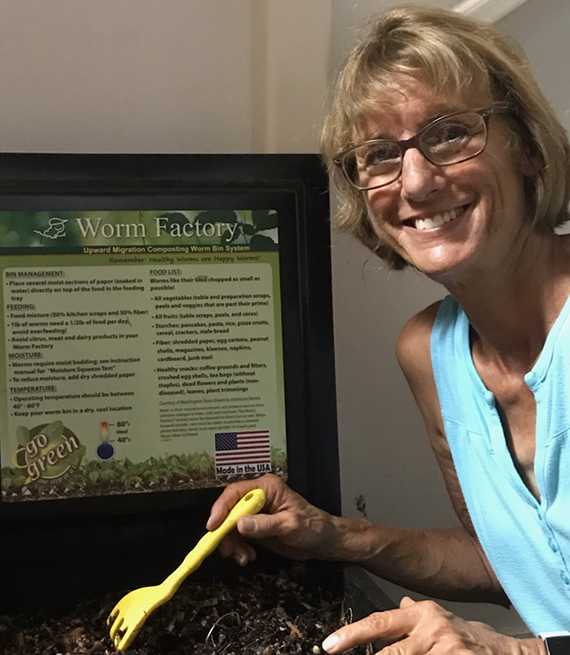 Worms create useable compost in three to four months. When the bin is full, dump it into a pile on a tarp or plastic sheeting and scrape off the top layer, Schultz says. The worms will migrate to the center as they are sensitive to light. Once the pile is reduced to mostly just worms, put in fresh bedding and return them to the bin. If a few get into the garden with the worm compost that's OK, Carr says.

Hargins recommends incorporating worm compost into the ground, targeting the plant's roots, rather than spread at the surface. “Put it in the spots you want to plant and cover it with mulch so it stays moist and allows the microbial activity to get into the soil,” Hargins says.

A healthy worm bin smells like the earth, Barklow says, and off odors are a sign of problems. Common issues include too much or too little moisture. Add more paper if the bin is too wet and a little water if it's too dry. And it's OK if you make mistakes. “ You don't become a master composter,” Carr says, “without killing a few thousand worms."