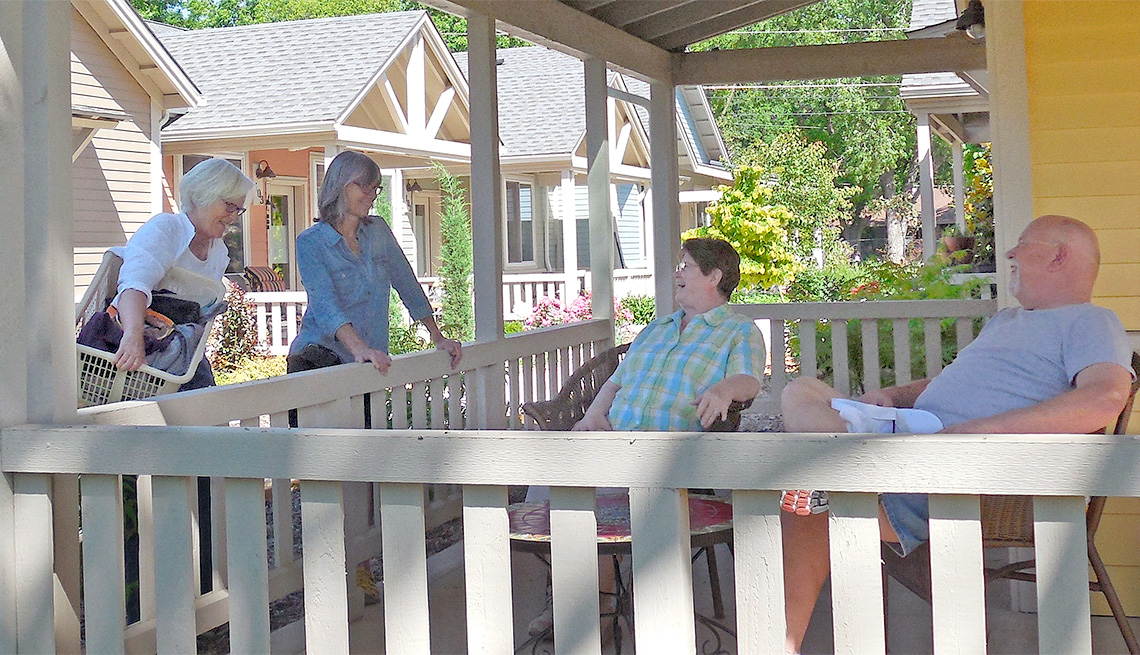 The original cohousing members invested their savings to buy and develop the Oakcreek Community.

Move into a neighborhood and there are bound to be growing pains. Build that neighborhood from the ground up around a vision of collective living and the list of surprises can run long.

Oakcreek Community opened about five years ago in Stillwater, Okla. Most of the original 12 residents (or "members") weren’t friends; in fact, many barely knew of each other. But they wanted to find a way to retire comfortably in the college town about an hour from Oklahoma City and not fall into the trap of loneliness and isolation.

"Just the thought of my kids putting me somewhere makes the hair on the back of my neck stand up," said Pat Darlington, a 66-year-old psychologist and the galvanizing force behind the community.

Soon after she learned about the concept of cohousing, a planned community that residents run together, a friend suggested she reach out to Kay Stewart, another Oakcreek resident, who at the time ran a home health care business.

Stewart had spent her career dealing with aging, and the social, moral and emotional support that such a close-knit neighborhood seemed to promise instantly struck a chord. "I recognized right away that the feeling of community was the piece I’ve been missing all these years," said Stewart, 76. 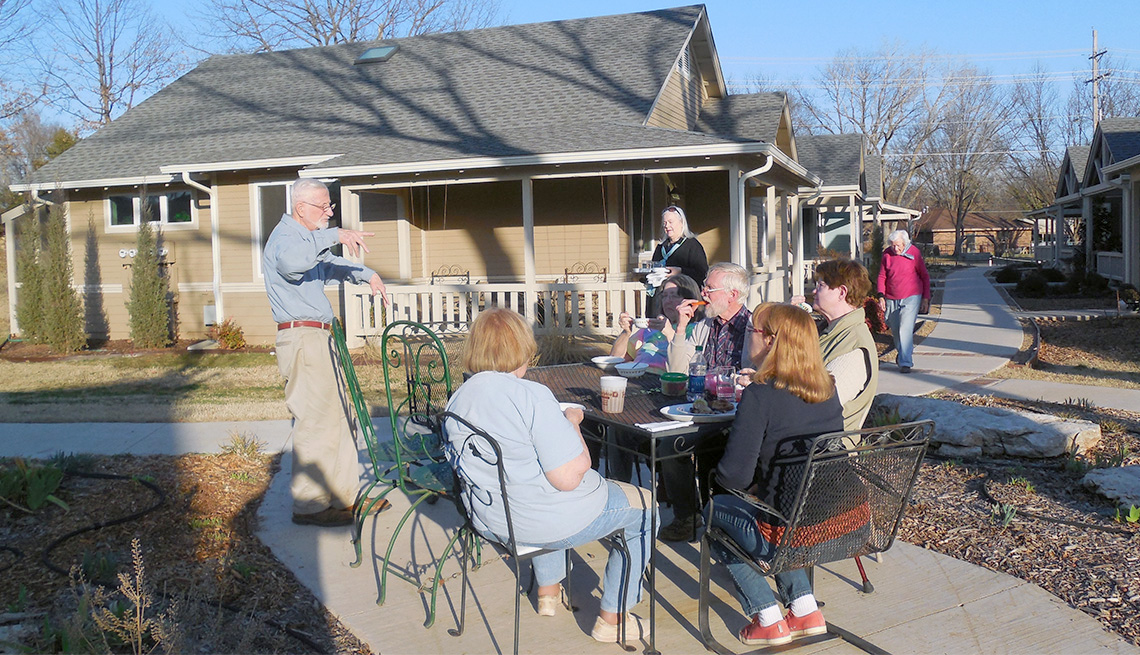 Neighbors are expected to pitch in; impromptu socializing is optional.

The project was a leap of faith: If it succeeded, it would become the first cohousing community in Oklahoma. The original members invested their savings, hired architect McCamant & Durrett of Nevada City, Calif., and bought a 7½-acre wooded site with a creek (hence the name).

The plot was near restaurants, shops, walking paths and Oklahoma State University sports venues. Shovels hit the ground for the $5 million development in January 2012, and by that October, the first residents moved in, selling their large suburban homes to buy Oakcreek's much smaller ones. All the homes were occupied by March 2013.

Although the first cohousing community built in the U.S. opened in 1991 in Davis, Calif., the concept is still rare here, with 169 such communities in the country, including 15 exclusively for seniors, according to the Cohousing Association of the United States. The practice is far more common in Europe, particularly in Denmark, where it began.

Cohousing is no hippie commune — no need to pull out the patchouli or tie-dye that you stashed away after the Summer of Love — but it does share some collective principles. Neighbors are expected to pitch in, not only to maintain the common areas but also to help each other with life’s challenges.

Unlike in a commune, you own your home and can shut the door whenever you want. Much like a condominium, Oakcreek has common areas, and residents pay a homeowner association fee of $297 a month.

The modest, one- or two-bedroom single-story homes have wraparound porches and are arranged in pods of eight, with walking paths connecting them and the 3,800-square-foot common house.

Oakcreek residents keep the ships moving at the 24-unit complex. Rather than vote, they must reach a consensus on issues such as utilities, maintenance and social activities; they are also expected to attend meetings and join at least two working teams.

"I didn’t enjoy the meetings in the beginning, but now I do,” said Anne Collins, 68, who moved into Oakcreek in May 2013. “The whole point is listening."

But the biggest benefit is the social one. When a neighbor fell ill late last year, residents rallied to his side, bringing him meals and buying his groceries. His death in early January hit the community hard but also reminded residents that they can lean on each other until the end.

"If I need to go to the doctor, there is somebody that can take me if I can’t drive myself," said Carma Bowyer, an accountant who moved into a one-bedroom in October 2013, four years after her husband’s death. "It’s wonderful. You don’t have to go looking for your family."

Interest in cohousing is on the rise, particularly among boomers. "It seems to be the senior population that’s really like, ‘Hey, this is a great idea,' " said Karin Hoskin, executive director of the Cohousing Association of the United States, adding that 15 new senior cohousing communities are being planned across the country.

At Oakcreek, life centers on the common house, where you can drop by for coffee hour or come out for BYOD (bring your own dinner) night. Every five nights, the community assembles for a group meal. Everyone is expected to sign up for cooking duties, a chore that initially took some prodding, as not everyone seemed happy to don an apron and cook for a party of 31.

In many ways, cohousing works only as well as its members. Anyone age 55 and older can buy a home, and no one can force you to show up for the meeting or dinner. Miss a few meetings and no one will force you from your home, but you just might not be very happy there.

"We had two or three people who moved in who didn’t get it; they didn’t fit," Stewart said. One woman, for example, never came to community meals and did not participate in meetings or activities. Eventually, she sold her house and moved.

To avoid such a bad fit, the community tries to educate prospective buyers — who have come from as far away as California — by explaining the concept and inviting them to attend gatherings (there’s a team to handle that).

Five years in, residents have built an extended family, where neighbors know the names of each other's grandchildren and go to sports events together. "It's beginning to look very much like my fantasy," Stewart said. "We've turned a really significant corner."