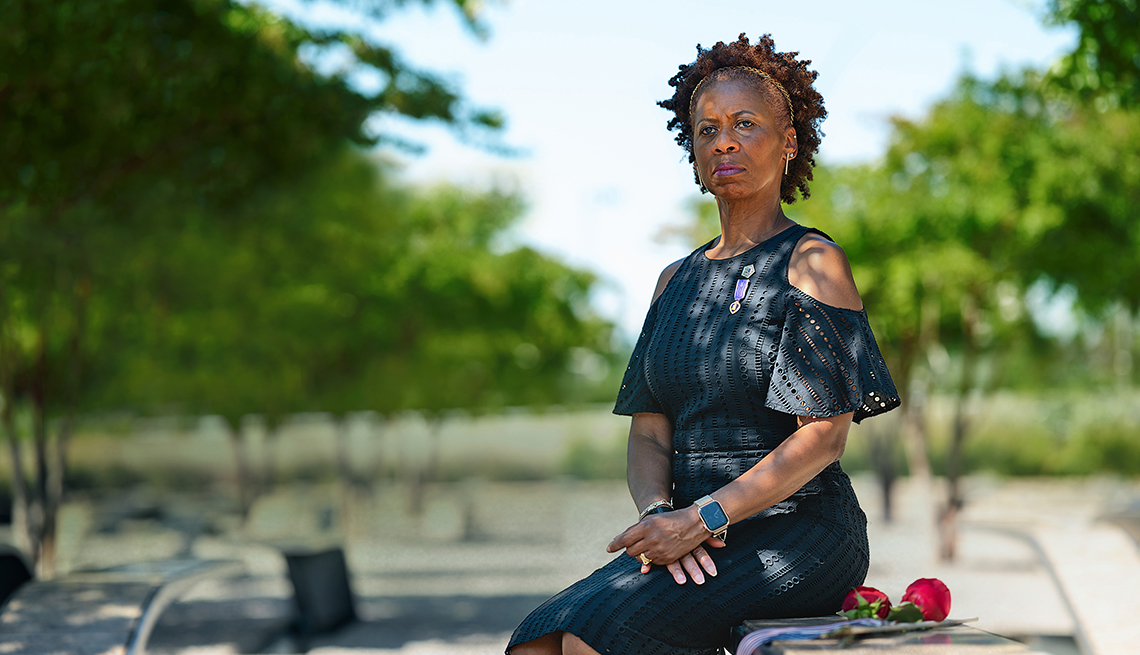 Retired Army Col. Marilyn Wills sits on a bench at the Pentagon 9/11 Memorial honoring the 184 people who died in the Sept. 11, 2001 terrorist attack on the Pentagon. Col. Wills, wearing a Purple Heart, was working in the Pentagon that day when a highjacked airplane crashed into the building, killing all 64 people in the plane and 125 on the ground.
CHERISS MAY for AARP Veteran Report
By

Lt. Col. Marilyn Wills was delivering a presentation to a dozen or so coworkers during a routine Tuesday meeting when she was flung across the table they were gathered around as a fireball ripped through the ceiling of conference room 2E487.

American Airlines Flight 77, a Boeing 757-200 airliner, had just struck the west side of the Pentagon at 530 mph, almost directly below the second-floor conference room. It was September 11, 2001, and America was under attack.

“OK, people,” shouted Col. Philip McNair, the senior officer in the room. “We gotta get out of here.” The room was pitch-black, getting hotter and filling with acrid smoke.

Certain moments test the true fiber of a person. What followed that morning has come to define the lives and character of Wills, an Army congressional affairs officer, and McNair, an Army executive officer to Lt. Gen. Timothy Maude.

“It was just by God’s mercy that I decided to go left and not right, because the floor of the building to the right no longer existed,” Wills told AARP Veteran Report some 21 years after the 9/11 attacks. “We would have fallen into a black hole.”

Clambering over ash, debris, tipped-over cubicles and buckled flooring, Wills felt someone grab her leg. It was Lois Stevens, a civilian employee who had spent 25 years at the Pentagon. “Hold on to me. Lois. Where I go, you go,” Wills told her.

A small group had formed as people from the meeting banded together to survive. Minutes later, choking on smoke and with her nylon pantyhose melting onto her legs, Stevens said she couldn’t go on. “Oh yes, you can,” Wills told her. “Just get on my back.”

As Wills crawled along the floor, carrying Stevens, water sprinklers came on. McNair watched as Wills took off her black wool sweater, soaked it in a puddle that had formed on the floor, sucked from it and passed it on.

“We were all short of air,” McNair told AARP Veteran Report. “Your instinct is not to breathe in smoke. The moisture in the sweater acted like a filter. Marilyn’s quick thinking gave us time. I know I took a few sucks on it.”

The only light came from a window at the far end of the shattered second floor. Wills, with Stevens, and McNair headed toward it. But the window was blast-proof and wouldn’t smash. A young Army specialist heaved a printer at the glass. It bounced back and landed on Wills.

We’re all going to die, and these people are going to die because of me, Wills thought. I brought them here — they followed me to this window.

McNair and the specialist sat on the sill and pushed the window with their feet, detaching the frame from the building to open up just enough space to escape. There was a 15-foot drop to the ground, but Wills didn’t hesitate. “Let’s get the job done,” she told McNair. “Let’s get these people out of here.” 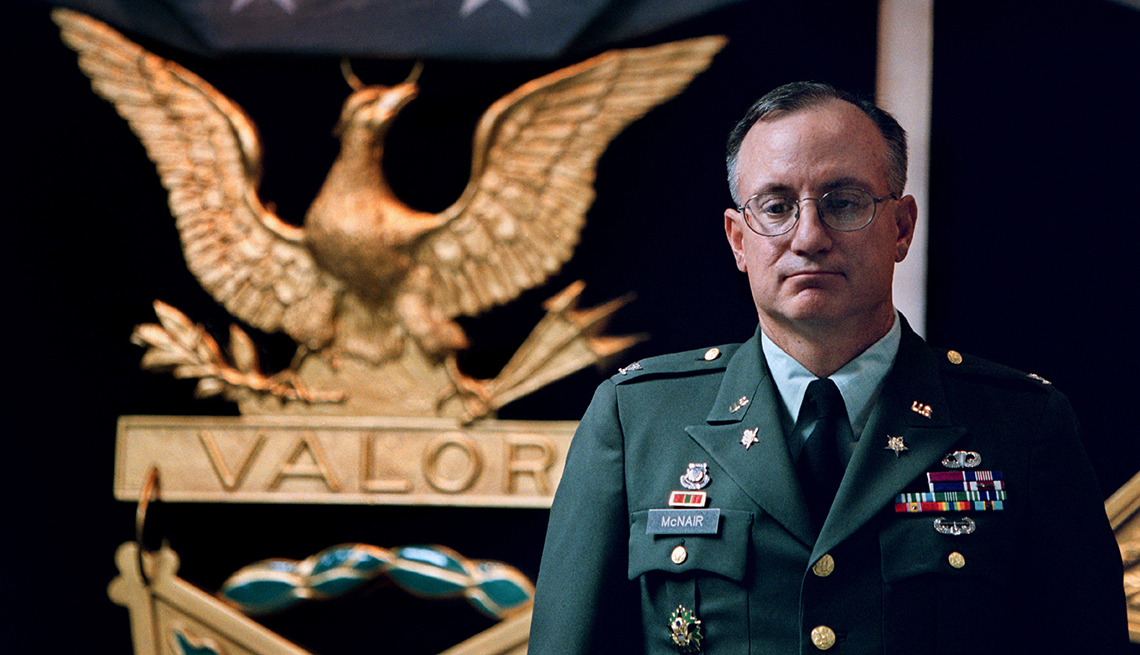 Col. Philip McNair, who was awarded the Soldier’s Medal for his heroism on 9/11 alongside Marilyn Wills, during his retirement ceremony on Aug. 6, 2002.
Michael Williamson/The Washington Post via Getty Images

Stevens was the first to be helped out. Soon, only McNair and Wills were left. McNair told her to get out, but she wanted to stay and go look for more survivors. “She felt an obligation,” McNair remembered. “She was the last one out but me. In the end, I had to order her onto the ledge. I told her she had done a good job. She helped a lot of people. But now it was time to go.”

Wills, now 62 and a volunteer coordinator at a Baptist church in Glen Arden, Maryland, spent nine days in the hospital being treated for burns and smoke inhalation. She and McNair both received Soldier’s Medals for their bravery and Purple Hearts for their wounds.

Three of those who had been in the conference room meeting died that day, along with McNair’s boss, Lt. Gen. Maude. In all, 184 people were killed at the Pentagon, 2,753 at New York’s World Trade Center, and 40 when Flight 93 crashed in Pennsylvania. The actions of Wills gave another coworker two more decades of life. Lois Stevens died this year at 83.

McNair, now 68, is a consultant in Port Lucie, Florida. He is proud to call Wills his hero. “Some people panic in situations like that,” he said. “They scream, lose their cool. Marilyn was calm, collected, thinking quickly.

“In the heat of a tragic situation your world gets a lot smaller. You focus on your immediate environment and the comrades around you. You are in a foxhole. It was an honor to be in the foxhole with Marilyn Wills.”

Douglas Rogers is an author, travel writer and journalist with more than 20 years of experience writing for the world’s leading magazines and newspapers. Born and raised in Zimbabwe, he has lived in Johannesburg, London, New York and Washington D.C. He is now based in Purcellville, Virginia.

Do you have a veteran hero whose story might be a MY HERO story in AARP Veteran Report? If so, please contact our editors here. 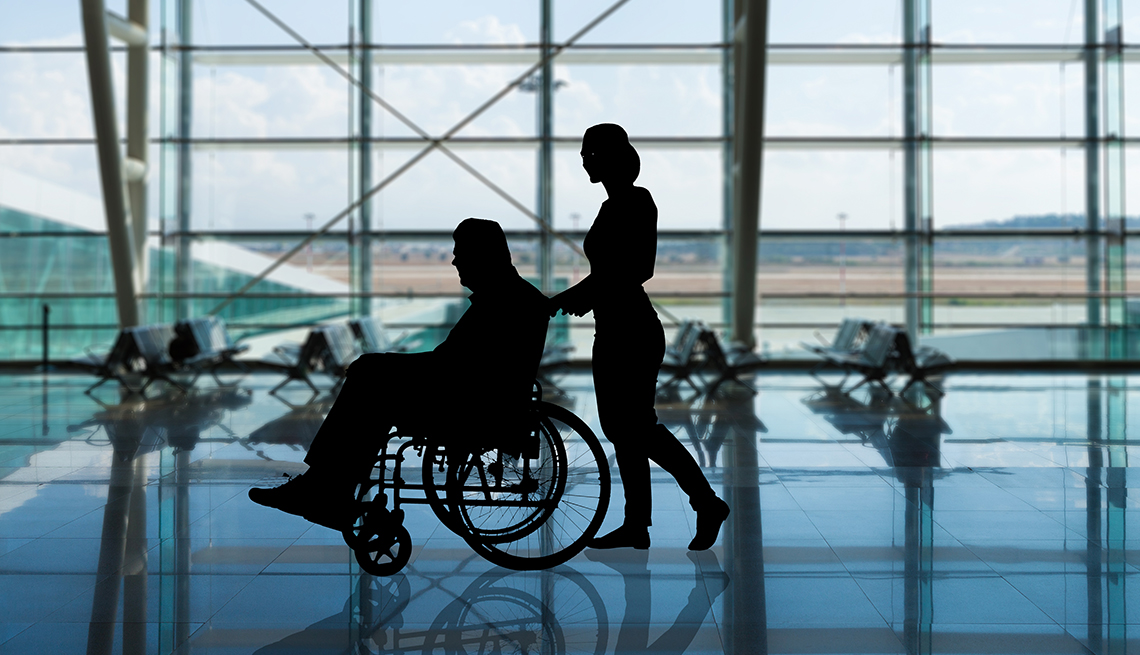 Top Travel Tips for a Veteran in a Wheelchair

Traveling with a wheelchair user may seem daunting, but it’s doable if you bear these things in mind 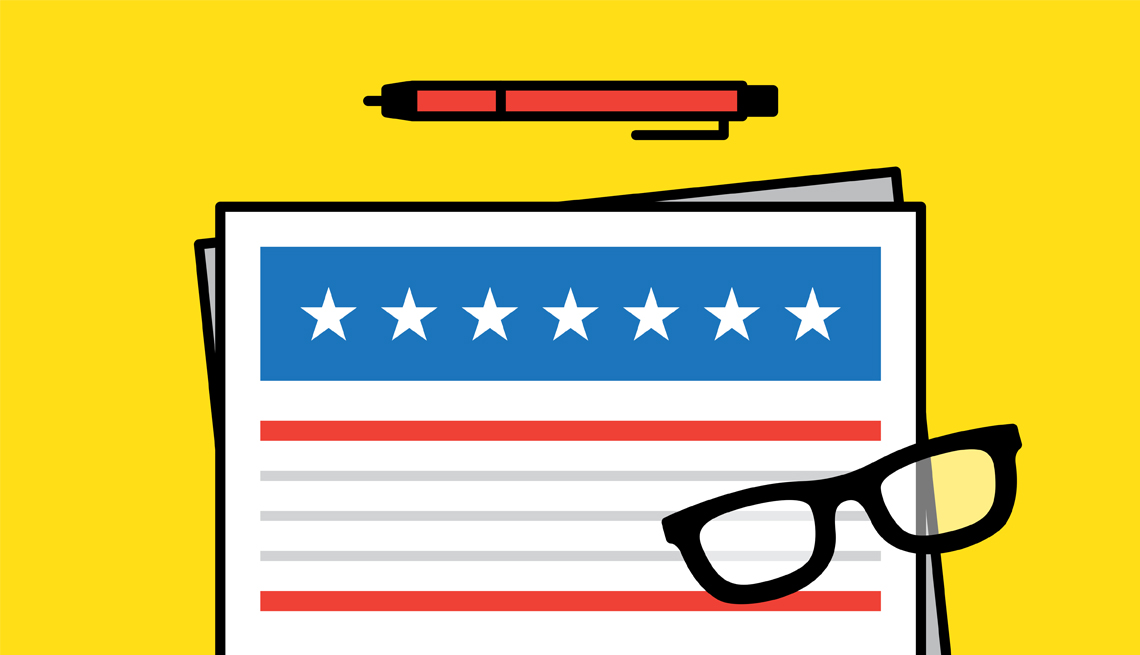 7 Ways a Veteran Can Supercharge Their Résumé

These tips can get you through that initial sift 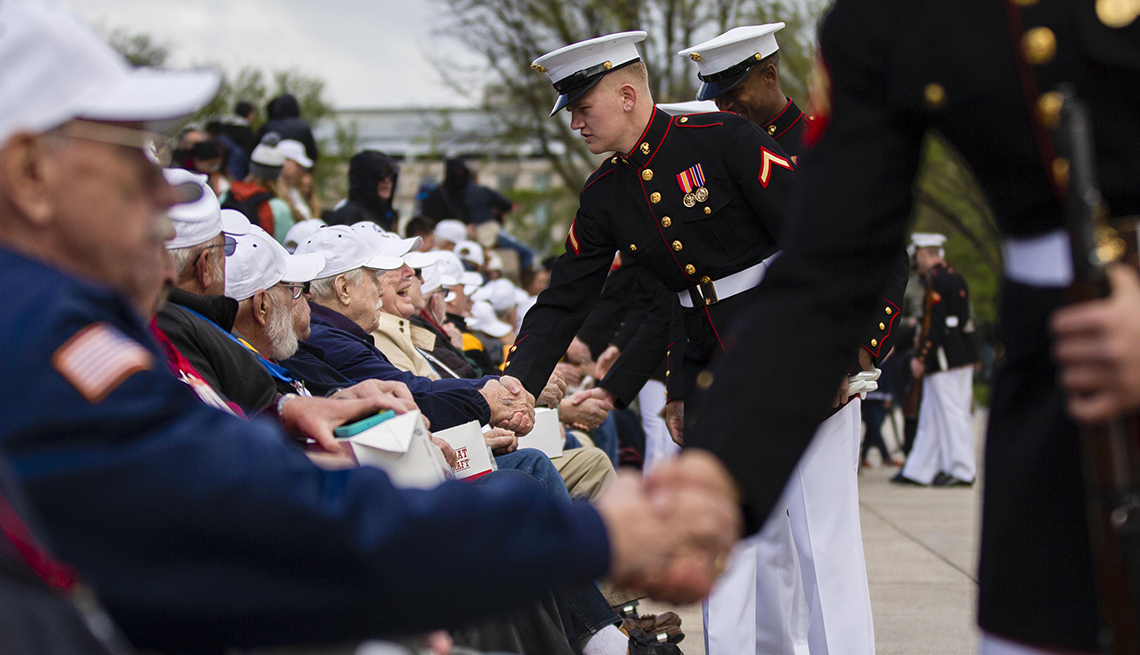 How to Arrange an Honor Flight for a Veteran

A VIP visit to national memorials in Washington awaits 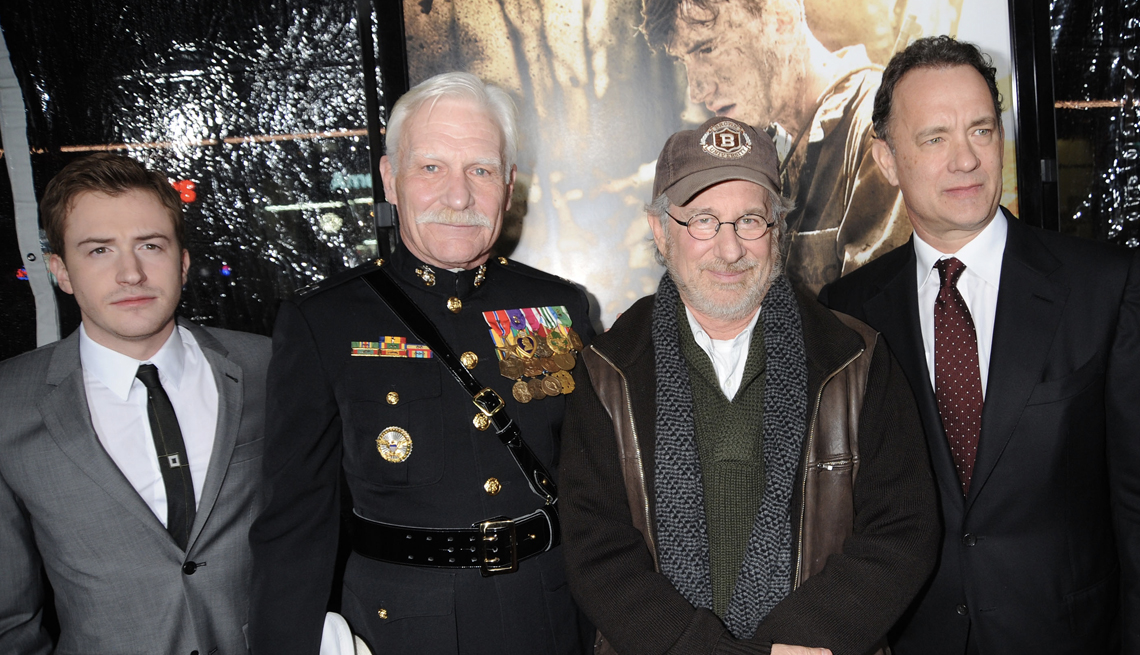