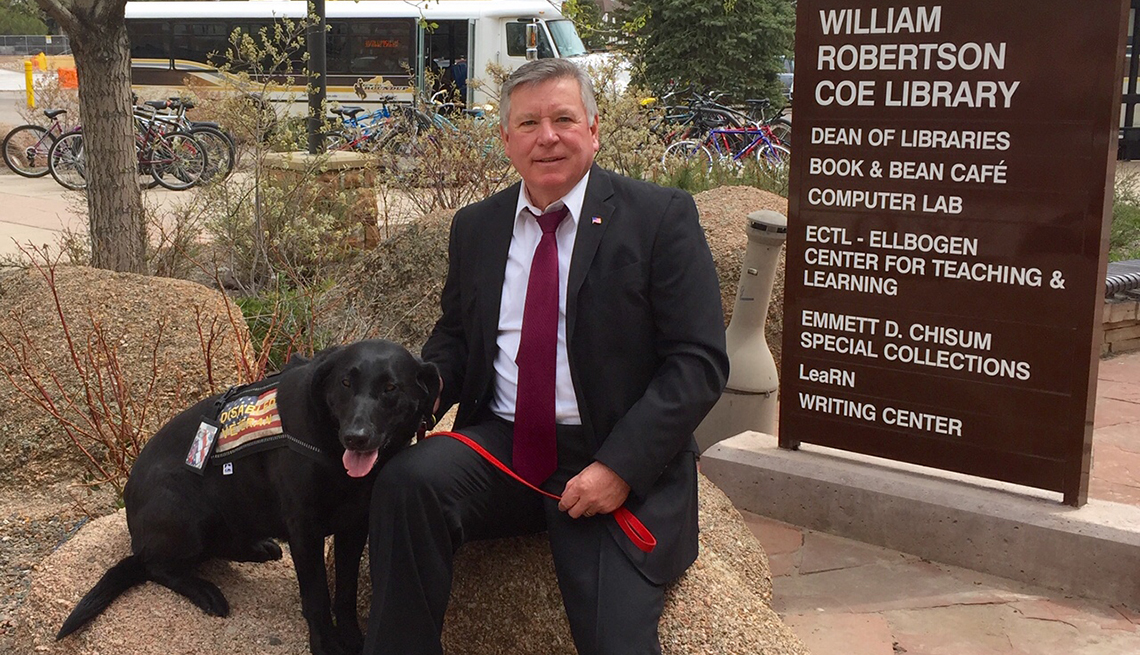 Tony Seahorn’s fellow soldiers, medics, commander and doctors all assured him that the incessant ringing in his ears would stop.

It was 1968 and Seahorn, an Army communications officer in Vietnam, had somehow survived three ear-piercing assaults, including the explosion of a 122mm rocket above his head in base camp and a direct rocket-propelled grenade (RPG) blast that threw him out of a helicopter onto his head and neck.

“Of course your ears are ringing. Look what you experienced. It’s going to go away. We just don’t know when,” Seahorn, 71, recounts being told. Two years later, he failed a military hearing test. “That’s when it became apparent that I had permanent damage,” he says.

Ever since his Army discharge, Seahorn, a retired district manager for AT&T and avid outdoorsman who lives with his wife, Janet, in Fort Collins, Colo., has been dealing with hearing problems that have grown worse through the years. He now wears hearing aids in both ears and uses a captioned telephone service. And always at his side, “like Velcro,” he says, is a black Labrador retriever named Trooper, a service dog specially trained for someone with hearing loss.

Seahorn is far from alone. Hearing problems, including tinnitus (ringing or buzzing in the ears), are the most prevalent service-connected disability among American veterans, according to the U.S. Department of Veterans Affairs. At the end of fiscal year 2017, more than 2.9 million veterans were determined to have hearing loss and/or tinnitus.

Often the result of exploding mortars or artillery fire — though “small-arms fire can be devastating,” Seaborn says — hearing loss is known as a silent wound of war.

But this decorated veteran with two Purple Hearts and two Bronze Stars is eager to talk about his experience with as many vets as possible, hoping to encourage others to seek help and to let them know that they are not alone in their struggles with the physical and psychological wounds of war. In 2008, he and Janet, a neuroscience professor, published Tears of a Warrior, a book they wrote about Seahorn’s military service and experiences with hearing loss and post-traumatic stress disorder symptoms, which have included nightmares and anxiety.

He's found that sharing his story and helping others — looking outward — is good for him. Since the book came out, the Seahorns have accepted dozens of invitations to speak to veterans group events across the U.S.

Seahorn doesn't pretend it's been an easy road. At work, he says, he would often miss half of what people were saying. And his hearing problems and PTSD play on each another: “If I’m having a nightmare and I wake up, all I can hear is the ringing. The ringing is the incoming rockets, the RPGs, the death, the dying, the screams, the calls for help. The ringing is a constant reminder of all of that because that is where it came from.”

And the tinnitus is a constant presence.

But he has Trooper. The Lab and another PTSD service dog he worked with before, Bailey, have brought real joy to Seahorn, as well as potentially life-saving assistance. Service dogs for hearing can alert their partner to sounds around the home, whether an alarm clock, doorbell or smoke detector that they’d otherwise be afraid of missing, and sounds outside, such as a car horn or their name being called.

In the morning, Trooper jumps on top of Seahorn to wake him up and stays by his side all day. If a siren sounds outside, the dog will nudge him.

Seahorn also tries to do what he loves — hiking, fly-fishing, counting big game for wildlife surveys — whenever he can: “It helps me not focus on the ringing and the inability to hear.”