Your Employer Can Spy on Your Work — Even at Home

Use of monitoring software up to 60 percent at large companies, and it’s rising 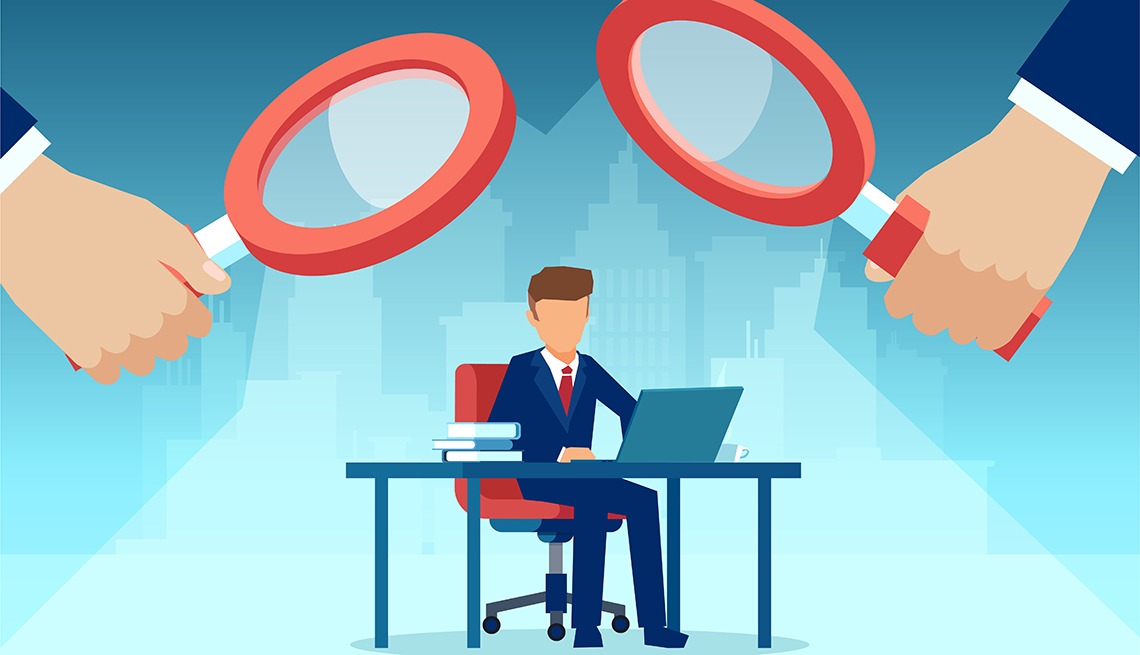 Before the outbreak of COVID-19 when you worked in your company’s physical offices, you took it as a given that your supervisors could see what you were up to. Managers knew when you were dutifully typing at a keyboard or on a call. And they knew when you took bathroom breaks, schmoozed with coworkers and otherwise came and went.

Now that the workplace has shifted to the home for many people — a permanent change for some even as the pandemic eases — don’t assume your employer has stopped watching you, albeit from afar.

If you’ve been issued a company laptop or smartphone, you should reasonably expect that bosses not only know when you’ve logged on or off, but they’re also aware of the apps you use, the social media and websites you visit and how much time you spend on activities that may or may not directly relate to your job. Or at least they have the means to discover all that.

The ranks of large employers using such tools to track workers has doubled since the beginning of the pandemic, to 60 percent, according to a 2021 COVID-19 survey of 101 organizations by the research and advisory firm Gartner. And Gartner expects the figure to climb to 70 percent within the next three years.

Lack of trust may explain the rise of its use at some companies.

Gartner Vice President Analyst Helen Poitevin, whose research partly focuses on how technology affects the way people work, says she hears comments such as: “Our managers want to know who is on Facebook so they can go to them and say, ‘Hey you must be bored. Let me give you some work to do.’ It’s already a sign of a toxic, low-trust culture.”

In a typical office, “there’s really not much of an expectation of privacy, even in terms of your physical movements within that workplace,” says Matthew Scherer, senior policy counsel for workers’ rights and technology policy at the Center for Democracy and Technology. The Washington, D.C.-based advocacy group was founded in 1994.

“It is a different story, or at least in theory, it should be a different story, when you’re working out of a home office or working remotely in some place that is not owned or leased by the employer,” Scherer says. “There’s a lot of uncertainty and unsettled questions regarding how you balance that with employer’s traditional nearly unlimited authority to monitor their workers while they’re on the clock.”

“Anything that tries to quantify how hard someone is working based on these kinds of inputs I think it's destined to fail. That gets into very unfair and dystopian territory.”

Bennett Cyphers, a staff technologist at EFF, holds a similar view: “I can’t think of a valid use for anything that is that invasive,” he says. “Managers will talk about when you’re in the office, you can kind of look over their shoulder and stuff. But no manager is looking over your shoulder 100 percent of the time. And no manager is scrolling back through every action you’ve taken on your computer to look at what you clicked on at 9:17 a.m., or like how exactly you typed an email.… It’s an escalation over what was ever possible in the physical workplace.”

Software from Teramind, based in Aventura, Florida, is somewhat typical of these surveillance tools. It can monitor an employee’s keystrokes and mouse activity, and even detect when a user tries to fool the system by punching in nonsense or repetitive movements of the mouse with no real activity, such as going back and forth between tabs, according to Eli Sutton, Taramind’s vice president of global operations.

Teramind can report which websites or applications consume most of an employee’s time and determine if those websites and applications are “productive.” Social media posts and emails can also be monitored, Sutton says, including the subject line, body of the missive and attachments.

The tool can flag keywords or attachments by extension, size or content, and block actions deemed potentially harmful to the organization, such as preventing employees from sharing sensitive data or using foul language when emailing customers.

A manager can also view the live desktop of a connected user and take complete control of the system in order to prevent malicious activity.

Teramind can capture audio and grab screenshots or video of what takes place on the computer and potentially collect evidence for forensic and investigative purposes. What Teramind doesn’t do, Sutton says, is remotely turn on a user’s webcam. That “goes beyond the moral grounds of what we are trying to achieve.”

Managers can configure another tracking program called Hubstaff, from an Indiana company of the same name, to take random screenshots of an employee’s computer every 10 minutes.

Some operate in stealth mode

While some companies are up front with staffers about using monitoring tools — perhaps spelling them out in an employee manual — others proceed in stealth mode.

“It’s about 50-50, in our experience, of who actively talks about it and who does not,” says Elizabeth Harz, who, as chief executive of Awareness Technologies, oversees cloud-based or on-premises employee monitoring software called InterGuard. Harz acknowledges that many of the businesses that track workers have traditionally been very “spyware-ish.” “I’m on a mission to make it more transparent.”

An InterGuard data dashboard lets managers see the hours an employee has logged, as well as the person’s active versus idle time. It uses green, yellow or red color coding to show bosses whether a worker has been productive and, via a proprietary algorithm, calculates a productivity score used to rank employees against peers.

InterGuard captures screenshots that can be played back in a video format. But it does not record video, and the software cannot access a computer’s microphone or webcam. Managers can set the times during which the software is working, and an employee cannot turn it on or off.

“The reality is 99 percent of employers don’t care if you’re buying a soccer ball on Amazon [or] if you’re checking Facebook,” even during company hours, Harz says. But she admits that bosses can pull up a screenshot if they are looking for evidence of a poor performer, security risk or disloyal employee.

Indeed, monitoring might be done for compliance purposes required of a sensitive position or because a worker is suspected of harassment.

“Companies have to protect their own employees. They have to protect their customers' data,” Harz says. “Laura [using the name as an example] used to be the receptionist in your doctor’s office. Now she’s at home with your medical records and your Social Security number on her dining room table. Do you want Laura’s son to access that information? Absolutely not.”

Harz also insists that InterGuard has benefits for employees, not just their bosses, including older workers who might be subjected to ageism.

“We see a lot of companies using [our software] and talking to people about balance and not overworking,” she says. “Technology monitoring people can really allow for productivity and excellence to shine regardless of gray hair or whatever.”

If monitoring tools are tied to payroll systems or performance bonuses, privacy advocates are as troubled as if they were tied to punitive measures.

“Anything that tries to quantify how hard someone is working based on these kinds of inputs, I think it destined to fail,” Cyphers says. “That gets into very unfair and dystopian territory.”

What can you do?

Even if you can use your own computers or phones for work, you’re not necessarily protected against being tracked. You’ll likely need to log in to the company’s virtual private network, or VPN, or communicate with peers and managers through such online collaboration tools as Microsoft Teams or Slack, which your employer controls. Remember, anything you say there can come back to bite you.

Even on your own machines, you’re typically required to install the company’s software as a condition of employment, potentially putting your personal files at risk of being seen.

However, short of seeking a job elsewhere, you may not have much of a choice. Typically, no law prevents a company from monitoring workers with these tools, even when working from home.

“The law is incredibly murky, and there are very few privacy protections for workers at all,” Cyphers says.

If you are comfortable, you may quiz your bosses on what they’re using and for what purpose.

“It’s going to depend on the context, but I think it would be valid to ask whether that practice is in place and whether you can see your own data,” Gartner’s Poitevin says. “It’s kind of like a phone that tells you how much screen time you’ve had. Sometimes it makes you just realize some of the habits you’ve gotten into, and some tools give you tips on how to organize your time in a way that you decrease frustration and increase a sense of accomplishment, because you’ve got things done.”