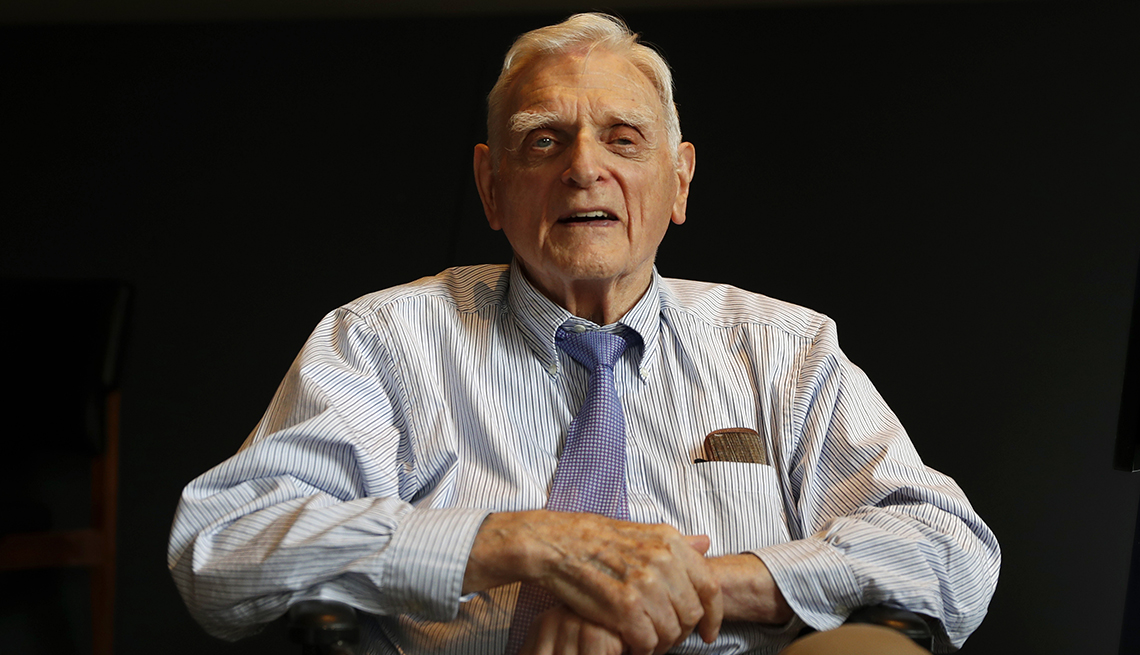 When John Goodenough talks about the latest discovery to come out of the lab that he has overseen for more than 30 years at the University of Texas at Austin, his excitement is palpable. “I believe we have a major, major breakthrough that we've patented,” the 97-year-old inventor said.

The claim is hard to ignore coming from the man who, in 1980, helped invent the lithium-ion battery that's now found in nearly all portable electronics — an invention that earned Goodenough and two others the Nobel Prize in Chemistry this week. Goodenough is the oldest person to receive the award.

His hope is that the newfangled battery generated in his lab will reduce the country's dependence on fossil fuels and the greenhouse gases that are created as those fuels are converted to electricity. His goal is simple: to leave behind a cleaner, better world. 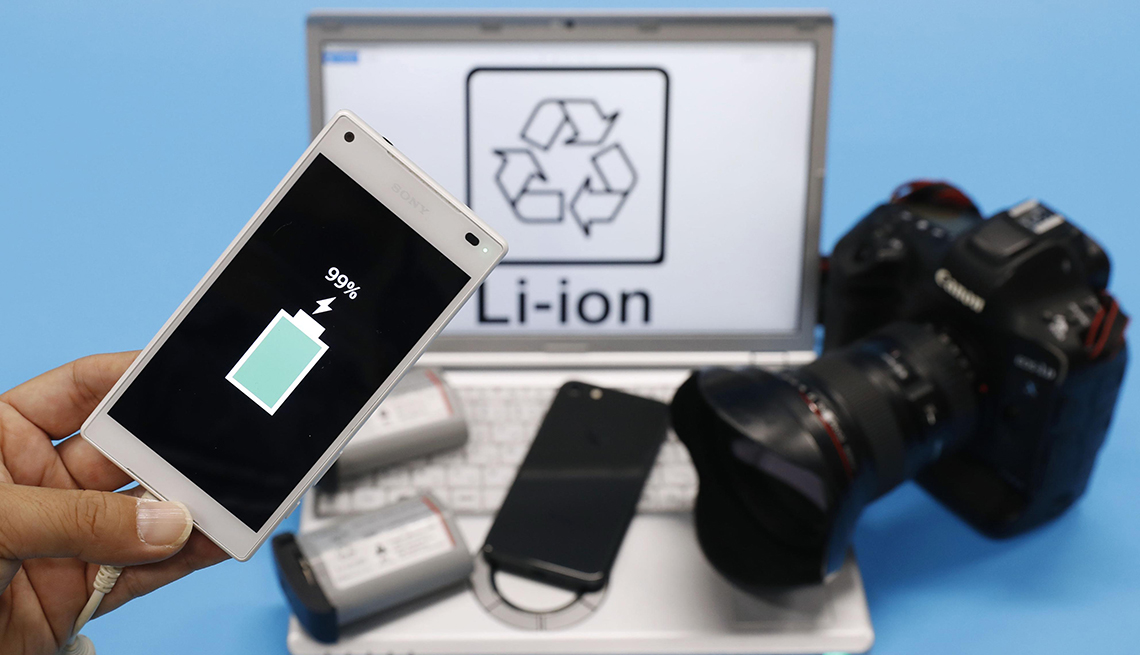 A display of electronic devices that includes a smartphone, camera and laptop in which lithium-ion batteries are used.

At an age when most are long-since retired, Goodenough has no plans to step down — nor is he cutting back on his 48-hour work week. Two major recent developments — the death of his wife Irene (they were together for 65 years when she died in 2016), and the arthritis that prevents him from mountain climbing and gardening, two outdoor activities he loved doing in the past — only fuel his desire to spend more time in the lab.

"I enjoy the company and interaction of people at work,” he said. But Goodenough, a man whose religious beliefs are as strong as his scientific ones, considers his career a calling of sorts. “I think that everybody needs to find meaning in life. I was hoping to do something that serves the needs of society,” he said.

On a typical day, Goodenough rises at 5:30 a.m. and, after eating breakfast, heads to work. He remains an adventurous eater, a trait that comes from years of sampling cuisines during his travels in Europe, Japan and other countries. “I haven't tried snake, dog or sheep's eyeballs, but otherwise, I eat most everything,” he said. (Everything, that is, except too much salt and sugar.)

On most nights, Goodenough turns in by 9:30 p.m. But his sleep isn't always sound. Goodenough says that he dreams. A lot. “Some [dreams], as Freud says, are your subconscious or your indigestion coming up to talk to you. Others give you some insights,” he said. Goodenough's likely fall into the latter camp.

It's surprising to learn that Goodenough once battled dyslexia. As a child growing up outside of New Haven, Connecticut, where his father was a religion professor, he said he “had to try and figure out how to cover up the fact that I didn't read very well.” At the boarding school he attended from age 12 on, Goodenough mapped out a strategy, steering clear of reading-heavy classes such as English and history, and opting instead for mathematics and languages.

The strategy worked, landing him a spot at Yale University, where he earned his undergraduate degree before serving as an army meteorologist in World War II. By the time he had completed active duty at 23, Goodenough already had ruled out certain career choices. “If you can't read fast, you're not going to be a lawyer or a historian,” he said.

Medical school was still an option. Then, one day as he was reading Alfred North Whitehead's Science and the Modern World, which redefines the concept of modern science, it came to him: “I thought I should study physics because it's fundamental to all science,” he said.

Ironically, when he went to enroll in the University of Chicago's graduate program, the registration officer suggested that Goodenough was too old to become a physicist. “A great deal of the breakthroughs in theoretical physics have come from young people,” he acknowledged, adding that other things require experimentation. “It takes a while to develop the skills and intuition needed for those breakthroughs, which tend to come later in life.” The results of a 2016 Information Technology and Innovation Foundation Study bolsters Goodenough's claim, suggesting that inventors tend to peak in middle age and remain highly productive in their later years.

There is one skill that doesn't come naturally to Goodenough: negotiating. When he coinvented the lithium-ion battery in 1980, he was unschooled in the art of the deal and unwittingly ended up giving away his patents. “I didn't receive a penny,” he recalled. At the time, the inventor had no idea he was sitting on a potential goldmine. “How could I anticipate the tablets and the internet? I couldn't.”

But Goodenough's not one to cry over lost royalties. “My objective was never to make money,” he said. “I wanted to contribute to human knowledge and betterment.”

As he cruises toward the end of his first century, that objective remains a driving force.