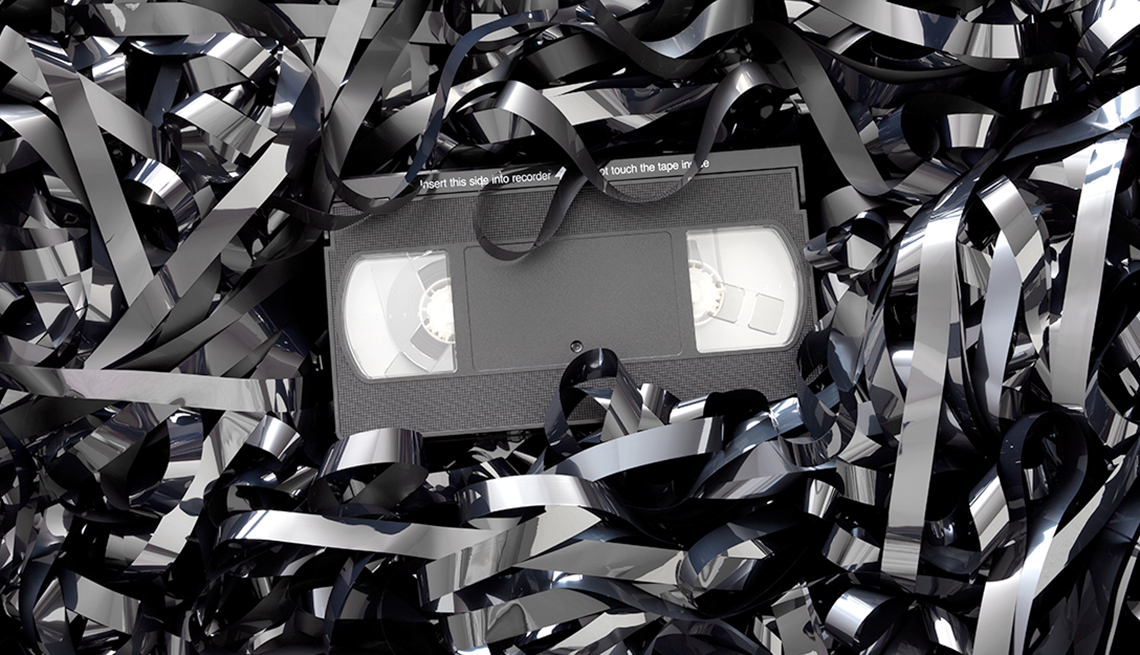 The shelf life of your VHS tapes may be running out.

There’s nothing like watching old home movies of your children’s first steps, dance recitals and trips to the beach. But before long, you may not be able to view them any longer. Why? Because analog videos (most likely your VHS tapes) are rapidly deteriorating.

According to NPR, technology that makes use of magnetic strips doesn’t last very long, as the tape loses magnetism over time. As a result, most tapes have a shelf life of no more than 10 to 30 years, depending on how well they were stored. (The worst places are ones of high humidity or where mold can get to them.) In time, a tape loses color, quality and crispness. Eventually, the tape can become brittle and break as it’s played. Therefore, all those Christmases you recorded in the 1980s and 1990s may soon become unwatchable.

VCRs began catching on in the 1970s, and dominated the home entertainment arena until the early 2000s, when DVDs became the technology du jour. DVDs were followed by Blu-ray which — of course — was followed by streaming video.

Fortunately, there are plenty of ways to digitize your much-cherished old home movies. Stores such as Costco, Walmart and Walgreens all offer services for transferring film and VHS tapes to DVD, Blu-ray and digital video files, at a cost of about $20 to $35 per item. Often you can simply place your order on the store’s website, drop off the videotapes and then pick up the DVDs when ready. Websites such as Legacy Republic also will make DVDs for you.

If you’d rather do it yourself, you can purchase a VHS-DVD combo player or an analog-to-digital video converter for your Mac or PC. According to CNET, a technology news and review site, there are several options to choose from — either online or at an electronic store — at various prices.

Beyond home movies, there are a whole lot of historical moments also at risk of being wiped out forever. In New York, the nonprofit organization XFR Collective has an army of archivists working to preserve historic videotapes in digital formats, according to NPR.

Unfortunately for them — and for you — the clock is ticking.