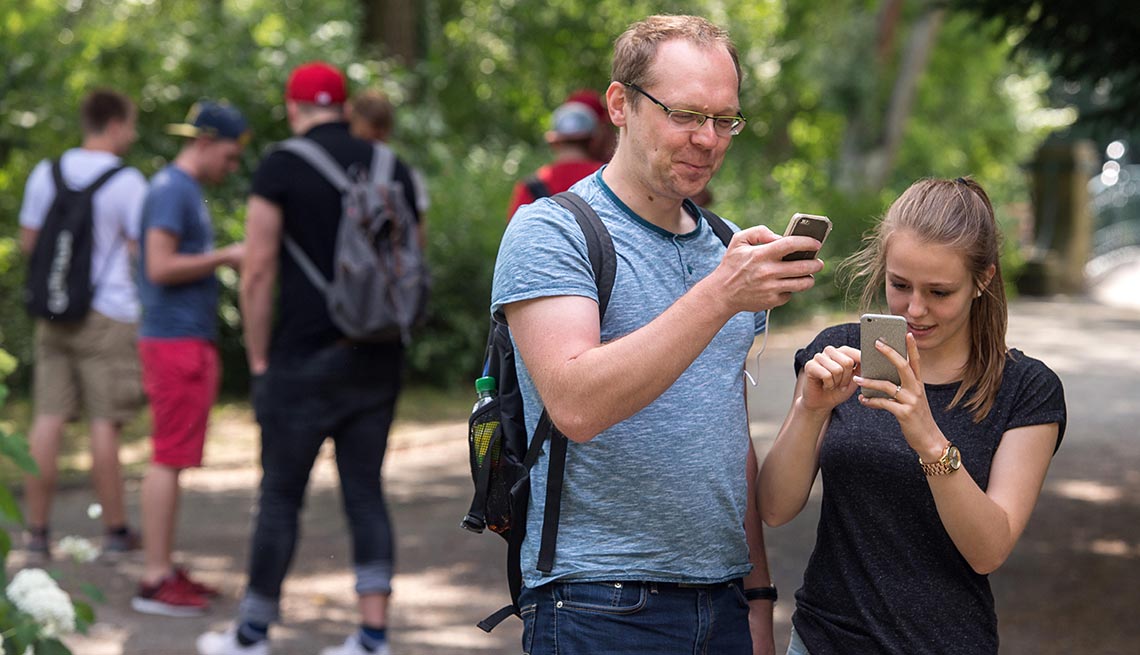 More than 41 million Americans over 50 recently identified themselves as gamers.

En español | The country’s newest digital craze is the augmented-reality app known as Pokémon GO. It has people walking off cliffs and traipsing around neighborhoods with their children and grandchildren in a manic quest for the colorful cartoon critters known as Pokémon.

The new free app from Niantic Inc. (a Nintendo partner) invites players of all generations to throw Poké Balls at, and thus capture, cute little creatures that pop up at random on a cellphone map of the immediate surroundings. As players advance, they also may train their captured quarry into “warriors” that can battle other players.

Introduced in the U.S., New Zealand and Australia on July 6, Pokémon GO quickly became the world’s most popular app — 10 million downloads in the first 11 days. And though the app may be free to consumers, it has boosted Nintendo’s market capitalization by a reported $9 billion in just a week.

Players have been spotted immersed in the game from the streets of San Francisco to the pathways of Central Park. Despite the opening screen’s warning to “Remember to be alert at all times. Stay aware of your surroundings,” two men in Encinitas, Calif., became so engrossed by the onscreen antics that they wandered over a cliff. The mishap landed them in Scripps Memorial Hospital in nearby La Jolla.

Even the National Highway Traffic Safety Administration has been forced to jump into the fray. On July 8, the federal agency tweeted: “Eyes up, Poké Balls down, people. Stay safe on the roads, don’t #PokemonGo and drive. #justdrive.”

Other safety issues to by wary of when playing Pokémon GO include:

Most players are using two feet, not four wheels, to play Pokémon GO — a revolutionary breakthrough for an industry frequently accused of turning an entire generation of American youth into couch potatoes.

The game has been encouraging public gathering points: At Poké Stops you can refresh your supply of Poké Balls, while at Poké Gyms you can battle other players. Both sites have players spontaneously interacting — in real life — with other gamers they run into there.