Our Washington, D.C. neighborhood makes us extra sensitive to high-speed communications, given that Samuel F.B. Morse, inventor of the telegraph, operated a block away from AARP headquarters in the old U.S. Post Office building.

That was in 1845, shortly after he telegraphed his historic message, "What hath God wrought," from the U.S. Capitol to Baltimore. 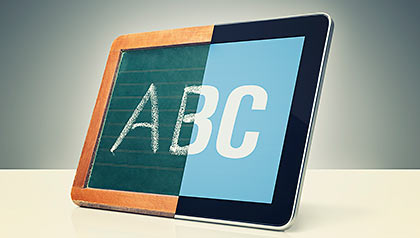 As we move deeper into the new age of surround-sound media, the 50-plus population must learn to make wise use of the tools available.

Wouldn't Morse be astounded at today's communications technology as it's marched from dots and dashes to scratchy phone messages to wireless and Wi-Fi; from Univac to PCs, to laptops, to smartphones and tablets; to Twitter, Facebook and community websites like Reddit?

Well into the 21st Century, the explosion of social media has an important message for older Americans: Get on board. But a stubborn digital divide persists, separating young and old, although we occasionally bridge it when we communicate with kids and grandkids.

Consider these recent developments: The Pew Research Center reported that half of American adults are engaged in local and national civic life — speaking out, making political donations, petitioning lawmakers and organizing neighbors — all activities made easier by today's digital devices. In fact, online civic engagement increased faster among the over-50 population (to 23 percent) than among those under 50 (to 52 percent).

The Boston Marathon showed both the good and the bad of social media. Start with its unprecedented use as a search aid. Reddit general manager Erik Martin noted the successes of his over 250,000 marathon-week "redditors" and the website's role coordinating pizza deliveries to local police and hospitals, facilitating donations and even arranging dog care.

There was also a dark side, Martin noted. "Though started with noble intentions, some of the activity on Reddit fueled online witch hunts and dangerous speculation which spiraled into very negative consequences for innocent parties," namely targeting an innocent student as one of the bombers.

As we move deeper into this new age of surround-sound media, we have some learning to do, starting with perspective, respect and common sense. We have powerful tools to express our views and influence our leaders and lawmakers. It is crucial not just to use them, but to make wise use of them.

The 50-plus population has shown a readiness to utilize new smartphones and digital gadgets for exchanging emails and photos. But it's even more important that we learn how to use these new tools of active citizenship.

Civic engagement is only part of the effort. First, we need to take the time to learn about the issues so that our engagement can be knowledgeable and reasonable.

If he could only see what we have at our disposal today, Morse might still ask: "What hath God wrought?" We have the opportunity to give him a good answer. Let's make sure we take advantage of the tools and utilize them in a way that is knowledgeable, sensitive and sensible.

Jim Toedtman is the editor of the AARP Bulletin.