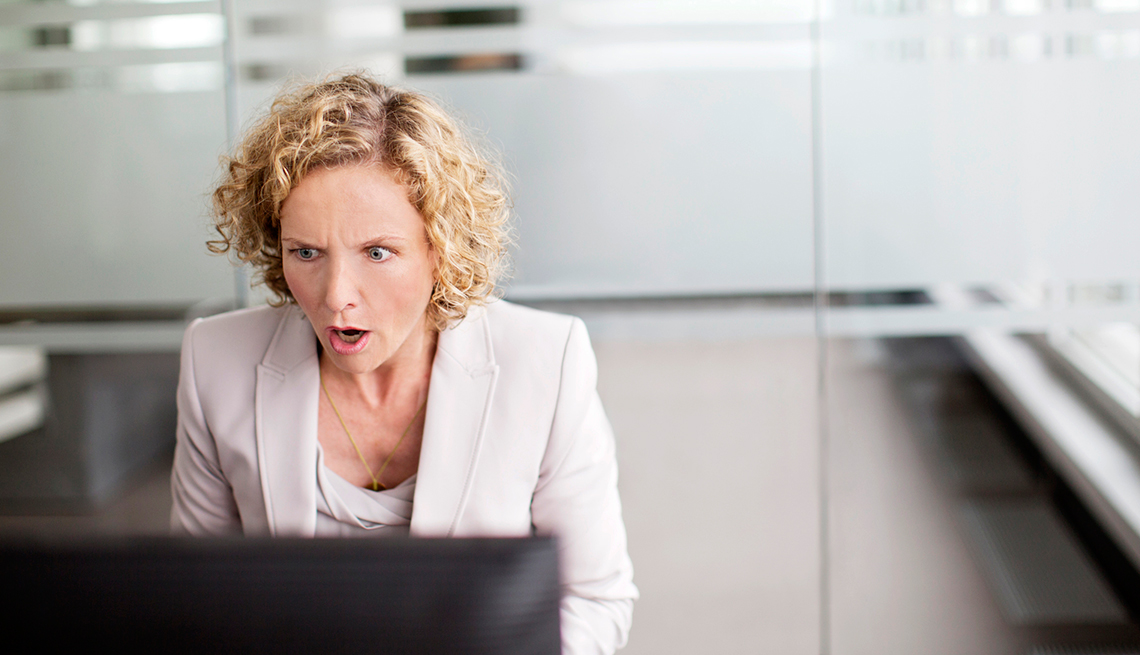 En español | When you're online, do you ever get the feeling you're being followed? You might be right.

Say you're browsing the virtual shelves of an online clothing store. You move a blue shirt into your shopping cart. Then you decide against it and click over to a news story. You've left the store, yet the blue shirt is trailing you. There it is, on an ad from your local news site. Days later, you open Facebook, and there it is again. The same blue shirt. How did Facebook know?

The phenomenon is called "behavioral retargeting." It's been used by advertisers for at least seven years, and it's now growing increasingly popular, as tracking technologies improve and companies spend more money advertising online.

For advertisers, it's a home run. Turn-of-the-century businessman John Wanamaker famously said, "Half the money I spend on advertising is wasted; the trouble is I don't know which half." Retargeting eliminates that waste, or at least tries to, by advertising only to people who they know are interested in their products.

Once a store knows you like the blue shirt, why not offer a gentle reminder of it? On average, you see 1,700 banner ads a month. You probably ignore them all, but you might notice that shirt again. The question is, how did anyone know you liked that shirt, and are you OK with them knowing that?

Here's how retargeting works: Each time you visit a site, it drops something called a "cookie" on to your Web browser. That cookie, which can stay for up to a month, is anonymous. The site doesn't know who you are, or anything about you, but it knows you looked at that shirt. Then the site can purchase ads through a number of retargeting companies acting as middlemen, selling the ads aimed at you, the anonymous shopper, on behalf of news sites, blogs and even Facebook.

The practice has become increasingly widespread because it works. In a survey of 400 clients by San Francisco-based retargeting company Adroll, 74 percent said their retargeting ads performed better than regular banner ads. For that reason, retargeted ads can cost as much as three times more. At least a dozen companies offer the service, including startups you've never heard of, such as Adroll (which is on track to do $100 million in annual revenue, according to the company), Criteo and Fetchback, as well as large companies such as Google. Facebook and Twitter have recently started selling retargeted ads, so that ads inside their social networks can target you based on your activity across the Web.

"It's exciting for marketers," says Teresa Caro, senior vice president of social and content marketing at Engauge, an Atlanta-based digital marketing agency. "But we also have to think about the consumer who we are targeting, and whether they'll find that incredibly helpful or incredibly creepy."

For all the talk of effectiveness and relevancy, retargeting can backfire. No one likes being followed by an ad, even if we know it's anonymous. It gets even more worrisome when companies that we've given identifiable information to, such as Facebook, Amazon and Google, get involved.

"Facebook has so much data on everyone already," says Jeremy Leon, a social media strategist at New York-based marketing agency Laundry Service. "The fact that they now know what you're doing all across the Internet is kind of scary."

The good news is you can control how much or little you are targeted (and retargeted) by advertisers.

Some of the Web's biggest companies, such as Amazon and Zappos, allow users to choose the kinds of recommendations they get in their profile settings. For complete browsing privacy, set your Web browser not to accept cookies (generally located in the settings menu). However, this means you may have trouble logging into websites where you have an account. A less drastic alternative is to simply reset your cookies every few days — just go to your browser settings and clear your cache. That way the next time that stubborn blue shirt shows up, you can tell it to just go away.

In Europe, websites are required to tell visitors that they use cookie tracking. No such requirement exists in the U.S.; in fact, a Delaware judge recently ruled that cookie-based tracking was not harmful to Web users. Advertisers generally follow best practices to avoid bombarding users. Caro says it all comes down to trust and transparency: "When you know it and you trust it, then it's not an issue."

Adroll, Criteo and others place a small question mark button on retargeted ads. Click the question mark, and the ad explains the practice and offers the option to turn retargeting off. Only 3 percent of those who click on Adroll's explainer message decide to opt out, which tells the company that most people don't mind retargeting, says Lauren Vaccarello, the company's vice president of marketing.

Erin Griffith is a freelance writer for AARP Media.