Whistles to thwart attacks, food vouchers for the hungry and marches bring awareness and aid 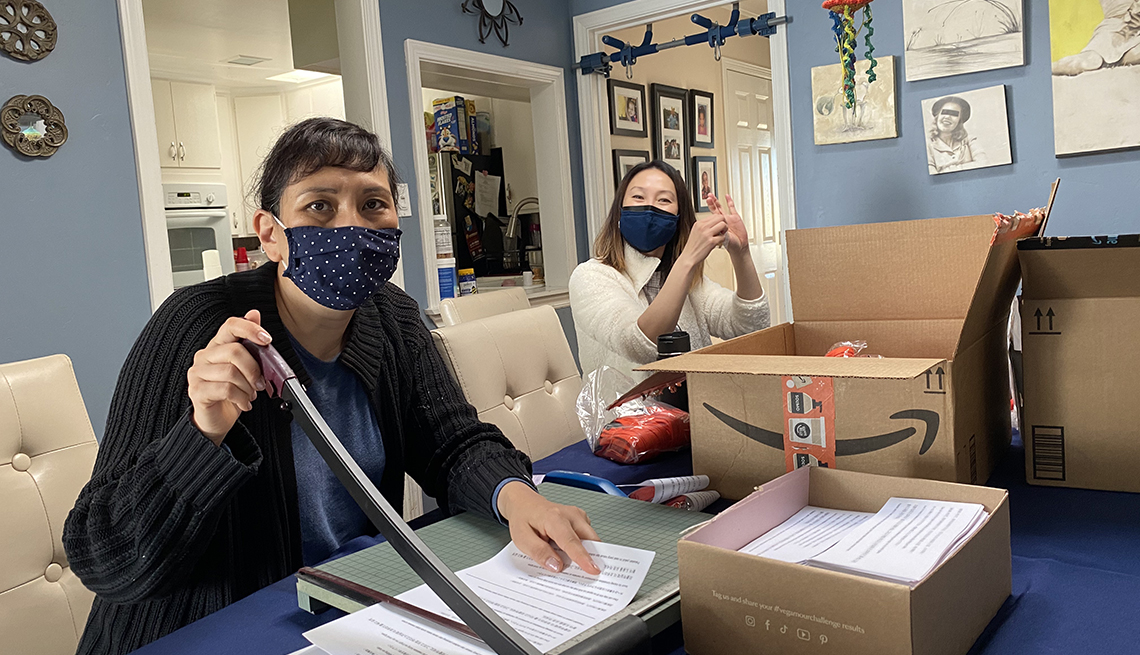 When Jhina Alvarado-Morse heard about a spate of attacks on Asian American seniors, she took action. The 49-year-old San Francisco artist, high school teacher and mother of two ordered 200 whistles, planning to distribute them to older adults—along with instructions to call for help if they felt frightened.

She posted her plan to a local mom's group online. Within a week, the idea snowballed into a GoFundMe campaign that has raised more than $13,000—enough to distribute nearly 15,000 whistles and counting.

"I want my children to see that this is a regular thing. You help your community. You do what you can,” says Alvarado-Morse, who is Korean and Mexican American.

Across the United States, local communities are stepping up to support Asian American elders.

Those efforts come as the coronavirus pandemic has dealt multiple blows to older Asian Americans, threatening their health, forcing social distancing and isolation, and increasing financial pressures. It has also led to a spike in anti-Asian hate incidents, in part spurred by negative rhetoric around the origins of the pandemic, according to Stop AAPI hate, an organization that tracked 3,795 anti-Asian hate incidents between March 2020 and February 2021. In March, a report by the Center for the Study of Hate and Extremism found that hate crimes overall had decreased by 7 percent in 2020, however hate crimes targeting Asian people increased by nearly 150 percent.

In one attack last month, for instance, 75-year-old Xiao Zhen Xie was punched in the eye while waiting to cross the street in San Francisco. A GoFundMe campaign has raised more than $1 million to pay for her medical expenses by press time. Xie's family has said they plan to donate the funds to fight anti-Asian racism.

The attacks have made Asian Americans such as Jesset Sidore feel like a target. “I'm constantly looking over my shoulder,” says Sidore, a 52-year-old leadership development coach in Oakland, California “I have to look around and be more thoughtful about where I am going."

But Sidore has turned her apprehension into action: She organized a march to combat Asian hate.

"I don't want to live in fear,” she says. “I want people to know our community won't be silent."

Sidore is not the only one who has been galvanized by both the pandemic and anti-Asian incidents. Also in Oakland, volunteers formed a group to escort older adults so they feel safe as they shop for food and run errands in Oakland Chinatown.

And in New York City, journalists with Epicenter NYC, a news organization, have helped more than a thousand elders sign up for vaccines, navigating the complicated online appointment process in their native languages. The group created flyers in seven languages, including Chinese, Korean and Hindi, as well as a guide for communities seeking to schedule a vaccine pop up opportunity in their neighborhood. Another volunteer effort in New York City is recruiting bilingual Chinese and English speakers to provide interpretation services at vaccine sites. 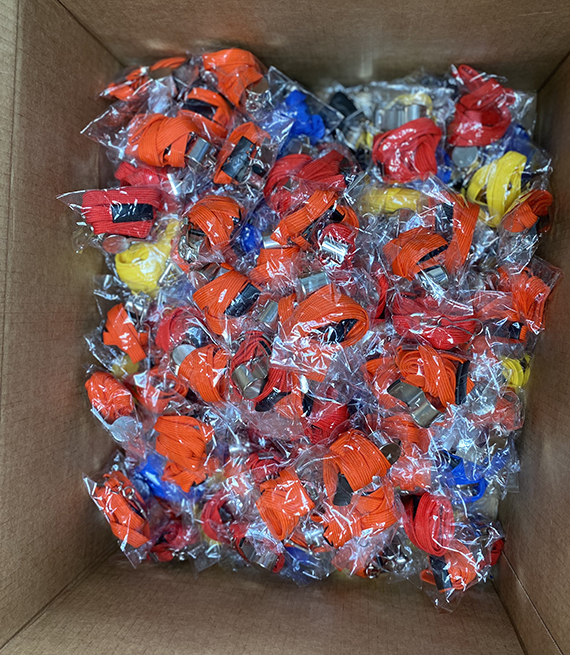 Whistles to be distributed by volunteers.
Courtesy Jhina Alvarado-Morse

In San Francisco, Alvardo-Morse mobilized about 50 volunteers, calling the group “When We Come Together.” They attached whistles to breakaway lanyards — in case an attacker tries to yank it — and slips of paper explaining the purpose of the whistles in multiple Asian languages. Partnering with groups such as Self Help for the Elderly, volunteers have been distributing the whistles around the San Francisco Bay Area.

"I really wish I didn't have to do something like this,” Alvarado-Morse said. “But it's nice to see how many people want to help, who want to do something."

On a recent Friday afternoon, Alvardo-Morse and a small team of volunteers set up a table in San Francisco's Chinatown, where a line of mostly older Chinese Americans already snaked down the street and around the block. It was an all-hands community effort: When they reached the front of the line, they received not just a whistle, but also an envelope with meal vouchers for Chinatown's restaurants.

The meal vouchers came from Feed+Fuel 2.0, another program created in response to COVID-19. The $3.5 million partnership between the city and community organizers helps two parts of the community: Chinatown restaurants that have seen business plummet since the start of the pandemic, and seniors and families living in Chinatown's single-room-occupancy hotels, also known as SROs.

These older adults are among the most vulnerable populations in the community: In San Francisco, notorious for the highest rent prices in the U.S., more than a dozen households often squeeze onto one floor of these SROs, sharing a single kitchen and bathroom.

Launched earlier this year, Feed+Fuel 2.0 has registered more than 3,200 people for the program, the majority of them ages 60 and up. It also enlisted 56 Chinatown restaurants to prepare meals such as barbecue pork and cabbage over rice, and sauteed fish and eggplant over rice noodles. The first version of the organization, Feed+Fuel 1.0, provided grocery deliveries at the start of the pandemic.

"I think it's brought a lot of optimism and joy to the community,” says Vinny Eng, a community organizer and founding member of SF New Deal, a nonprofit that administers the food program in partnership with the Chinatown Community Development Center. “My hope is that it reminds people in Chinatown that a lot of people in San Francisco care about them.”

One 78-year-old woman, who declined to share her name, said the meals freed her from having to wait in line to use the kitchen. She was grateful for the whistle, too, saying that she had been followed once, though she managed to evade the threat.

If there's any silver lining to the pandemic, it has brought more attention and outreach to a community that's often invisible and overlooked, says Matthias Mormino, director of policy for the Chinatown Community Development Center. And even as COVID-19 restrictions begin to ease, he sees these efforts as a turning point for the older Asian American community.

"There's an energy that feels like it's not going to end,” he says. “We want to be seen more than anything else. I don't think that's going to go away."

Ellen Lee is a contributing writer who covers race, gender and identity. Her work has also appeared in The New York Times, The Atlantic and Real Simple.. 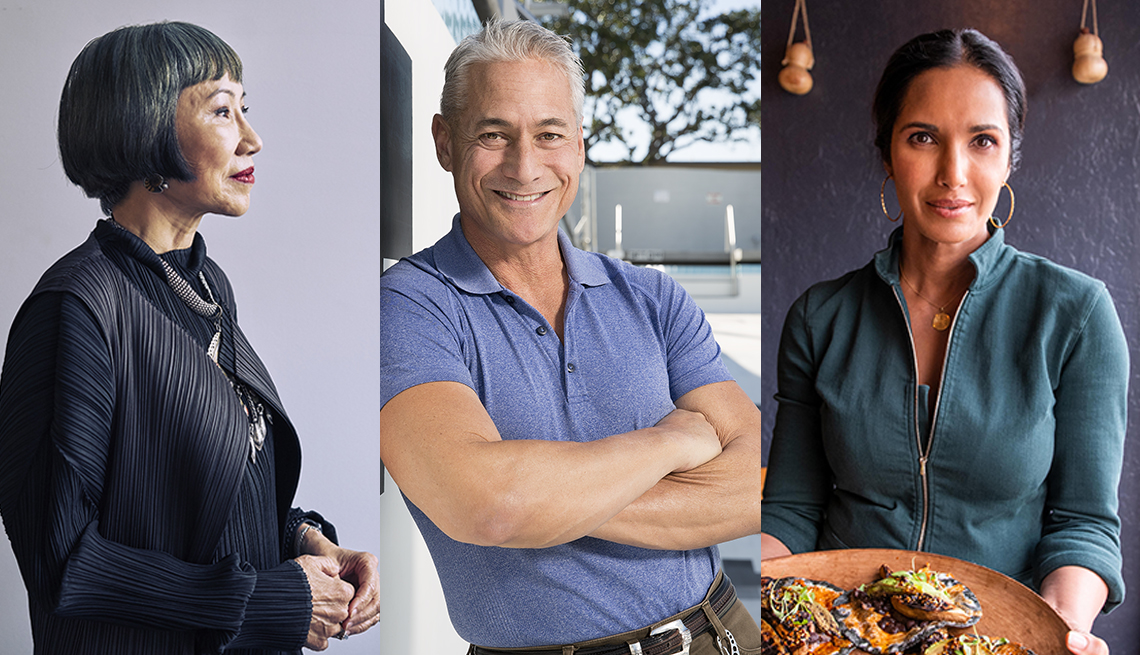 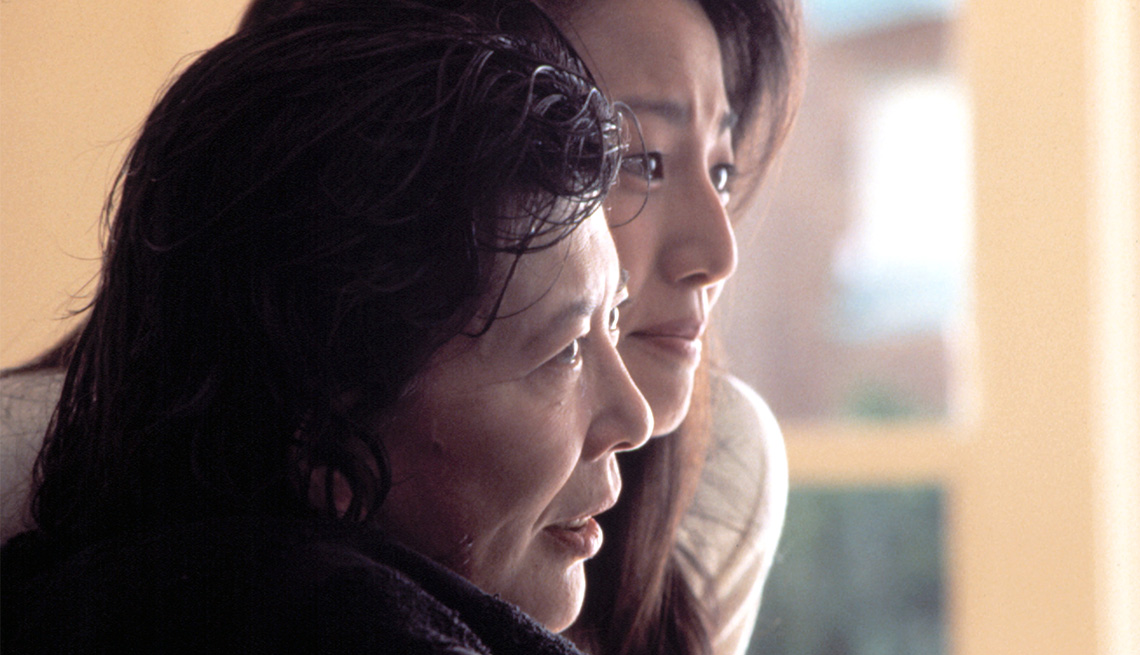 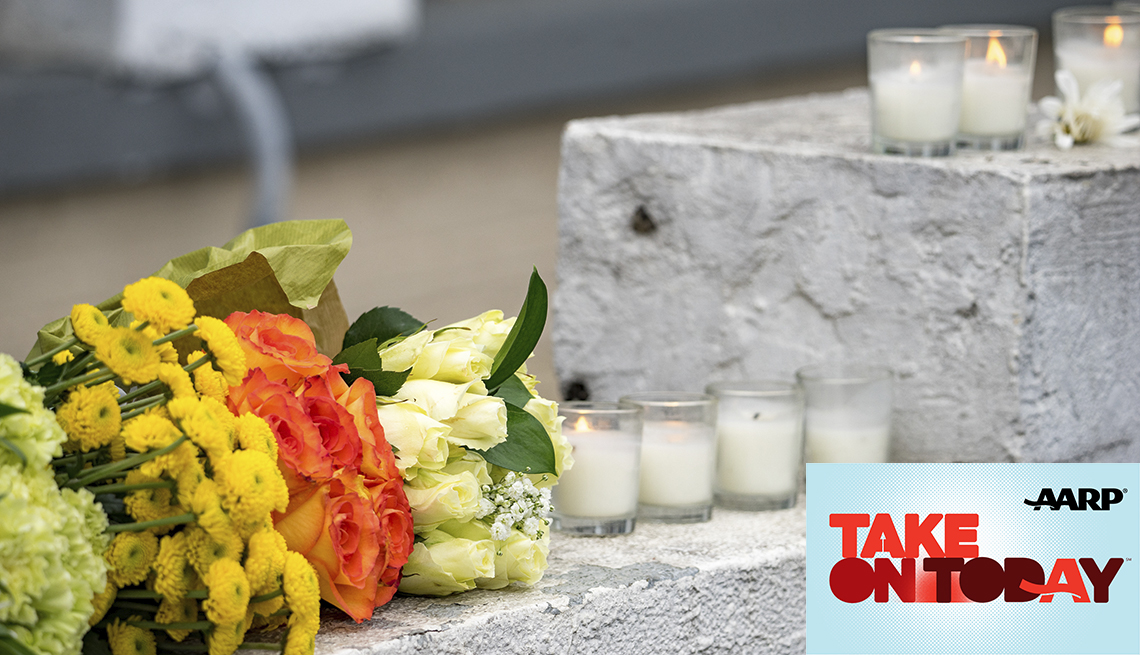 Older Asian Americans and the History of Anti-Asian Violence