How to Mind Your Manners While Social Distancing

En español | A firm handshake, a kiss on the cheek, the clink of glasses at a dinnertime toast — these are among the polite gestures now on hold indefinitely because of social distancing guidelines intended to keep people safe during the coronavirus outbreak.

But etiquette experts say that doesn't mean good manners have gone by the wayside. Instead, they point to safer ways of showing respect for one another, like swapping out handshakes for head nods, that have emerged in the past few months — and that will likely remain with us for some time to come.

"Etiquette is always evolving, it's never set in stone,” says Massachusetts-based etiquette consultant Jodi Smith. “What's set in stone is the idea of respect for myself and respect for others.”

As long as showing respect means keeping our distance and avoiding large gatherings, here's what Smith and others say to expect when it comes to minding your manners in the COVID-19 era:

Myka Meier, author of Business Etiquette Made Easy, notes that few people are likely to be shaking hands at a time when staying 6 feet apart is the norm.

Instead, Meier recommends two totally contactless greetings: what she calls “the grasp and greet” — clasping your hands together and putting them over your heart as you approach someone — and the “stop, drop and nod” — standing still, dropping your hands and putting them behind your back (so you're not tempted to reach out for a handshake), then nodding to say hello.

Many large-scale gatherings and events have already been cancelled, but if you've RSVP'd “yes” to something that's still scheduled to happen, international etiquette expert Sharon Schweitzer says the rules around declining have become a bit more flexible.

"Long-standing etiquette and social graces have always dictated that if you accepted the RSVP and said you would attend, you must,” she says. “However, in light of the coronavirus, you can change your RSVP to decline if you cannot attend.”

In the case of events like weddings, she says, be sure to send a gift anyway — and change your response promptly out of respect for the host (you might also want to write a personal note expressing how much you regret having to decline).

When it comes to saying no to casual invitations, like neighbors asking you to join them 6 feet apart in their backyard, the experts recommend having a go-to script to politely decline. Smith recommends something like: “I'm so thrilled that you invited me, but I'm just not ready yet."

Having a few stock phrases in mind can also serve you well when out and about. Schweitzer's script for keeping your distance from a friendly passerby while walking the dog is something like: “Fluffy and I are both social distancing. Please greet us from at least 6 feet away. We look forward to seeing you after this resolves. You'll be more than welcome to pet her then!" 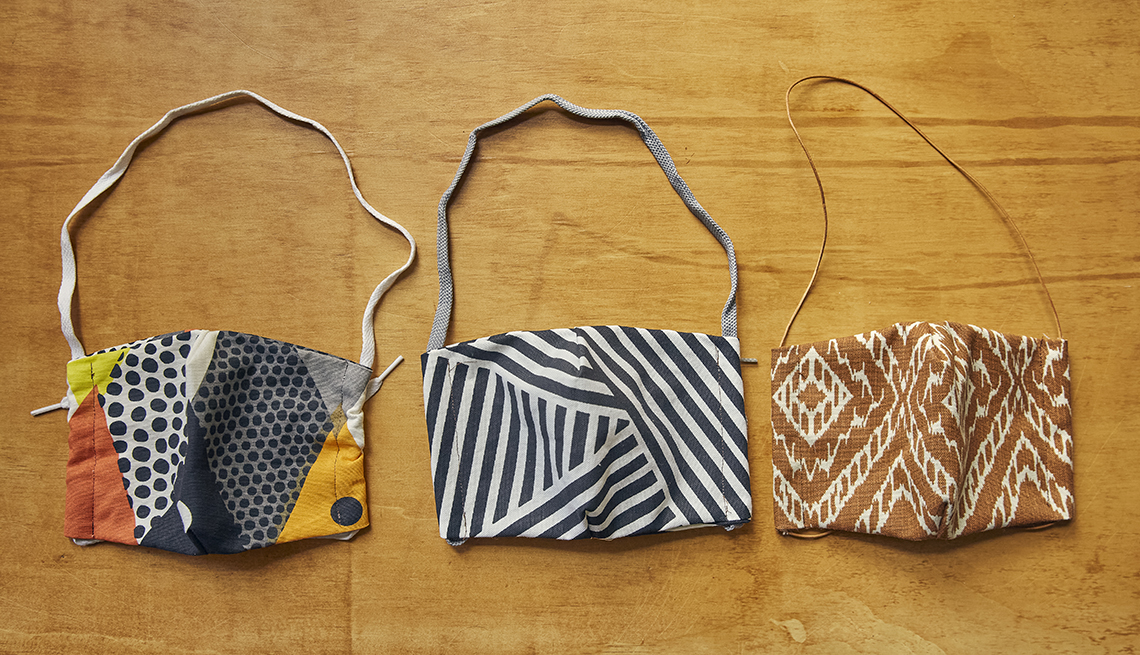 Masks (and more) in public

With health officials now advising that everyone wear a mask or face covering while out in public, Smith says that fashionable face coverings may become the norm as people start looking to wear masks that coordinate with their clothing.

And, she says, it wouldn’t be the first time fashion norms were shaped by public health concerns. Women of her grandmother’s generation, she notes, always wore gloves in public in part as a way of avoiding germs at a time when diseases like typhoid fever were of concern.

Of course, interacting with others with half of your face covered means losing some of the nonverbal ways we rely on to express ourselves, like smiling.

That’s where gestures come in, Smith says, since something as simple as a thumbs up or a mock salute can help you express yourself in public in the way a smile once would have.

We might also start to see some changes in our homes, Schweitzer says, like asking guests to remove their shoes upon entering, something that she notes is already the norm in many other cultures.

And, she says, there’s really no reason to go back to touching our glasses during a toast or blowing out birthday candles on a cake that is then served to many guests (instead, she foresees alternatives like blowing out an individual candle on your very own cupcake).

Looking to the future

Eventually, however, experts predict that most of our long-standing rituals and habits will reemerge as restrictions on our daily lives are eased.

Smith is certain, for example, that shaking hands — a gesture of goodwill that dates back as far as 5th century Greece — will become the norm in the United States once more.