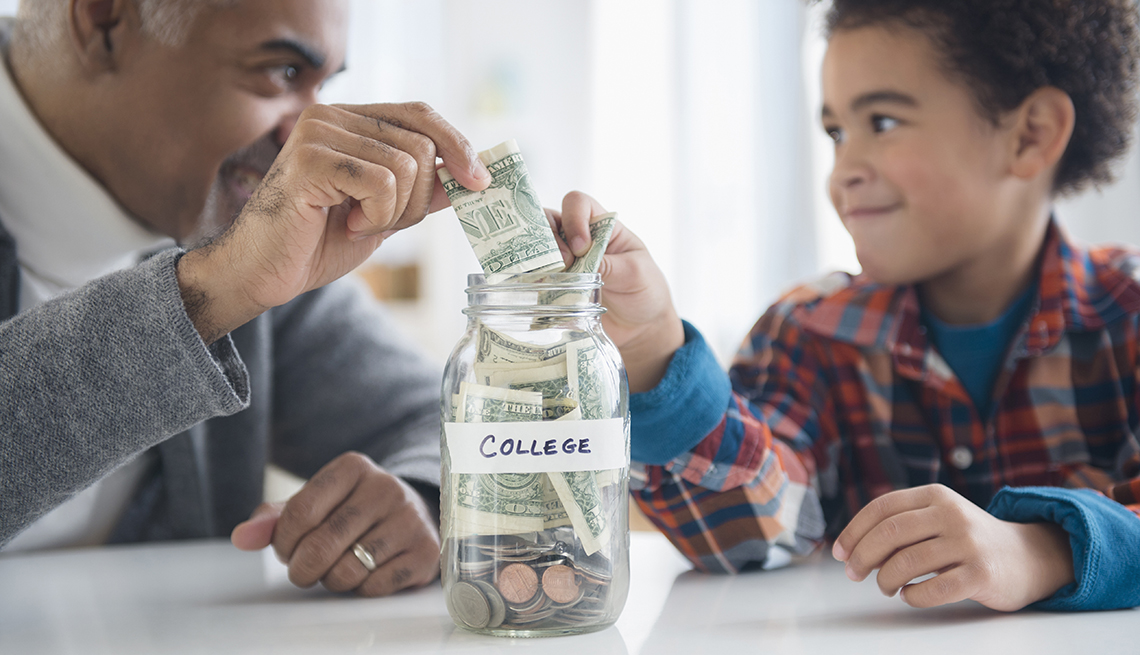 En español | Today's grandparents do not consider themselves financial supporters of their grandchildren, but nearly 94 percent of them provide some monetary help, according to a recent AARP survey.

Grandparents spend an average of $2,562 annually on their grandchildren, equaling about $179 billion dollars a year across the country, the report found. First time grandparents are in their “prime spending years” and on average will have four to five grandchildren. They are spending money on a variety of expenses such as gifts, vacations, daily necessities and education.

Gifts are an integral way that grandparents provide for grandchildren. Some 86 percent say they buy gifts, spending an average of $805 annually.

Gregory Smith, 75, a grandfather of seven from Seattle, bought his granddaughter her first car, which she still uses today, some 100,000 miles later.

"I enjoy helping my grandchildren when I can,” he says. “I'm not sure how to describe what it means to me. It's just natural. I love my grandkids and I like giving them ‘stuff.’ To me, grandkids are the future and through them the future is bright.

Meanwhile, the survey found 1 in 7 grandparents extend their finances even further by providing for their grandchildren's necessities such as groceries and other day-to-day living expenses.

An even greater number of grandparents, 1 in 5, say they spend money on their grandchild's school or college tuition, an average of $4,075 a year.

Denise Duckworth, 75, of Vero Beach, Fla., a grandmother of three, helped her oldest grandchild pay off her student loans.

"It [helping with the loan] means a lot more than I can tell you actually. I feel like — especially when it comes to their education — doing it now is more important than waiting for me to die to do it for them,” she says. “I feel it is very important to not have all the student debt and have that as a worry when they are entering the workforce."

Regardless of their own educational background, 95 percent of grandparents say it is important for their grandchildren to receive higher education, and they feel comfortable discussing their grandkids’ career ambitions.

But some of this support can affect a grandparents’ own finances. Seven percent of grandparents have taken on debt to help pay for their grandchildren's college; 1 in 4 of those have cosigned a private student loan and/or incurred credit card debt that has not been paid back in full.

Yet, the greatest challenge is for the 11 percent of grandparents who live in the same household as their grandchild. Of those, 5 percent are their primary caregivers. One in five grandparent caregivers say that the financial cost of being a grandparent can be too much.

Grandparents face an additional financial burden in the cost of travel to see their grandchildren. Travel, combined with gifts and other expenses, led 13 percent of grandparents to say they struggle with financial expectations, the survey found.

As grandparents live longer and start to have great-grandchildren, the study placed importance on creating a safety net for grandparents to help create more ways they can support their grandchildren.

"To me it's a privilege to be able to help them,” says Duckworth. “There's not anything that I don't do out of love for them and I will always do it."