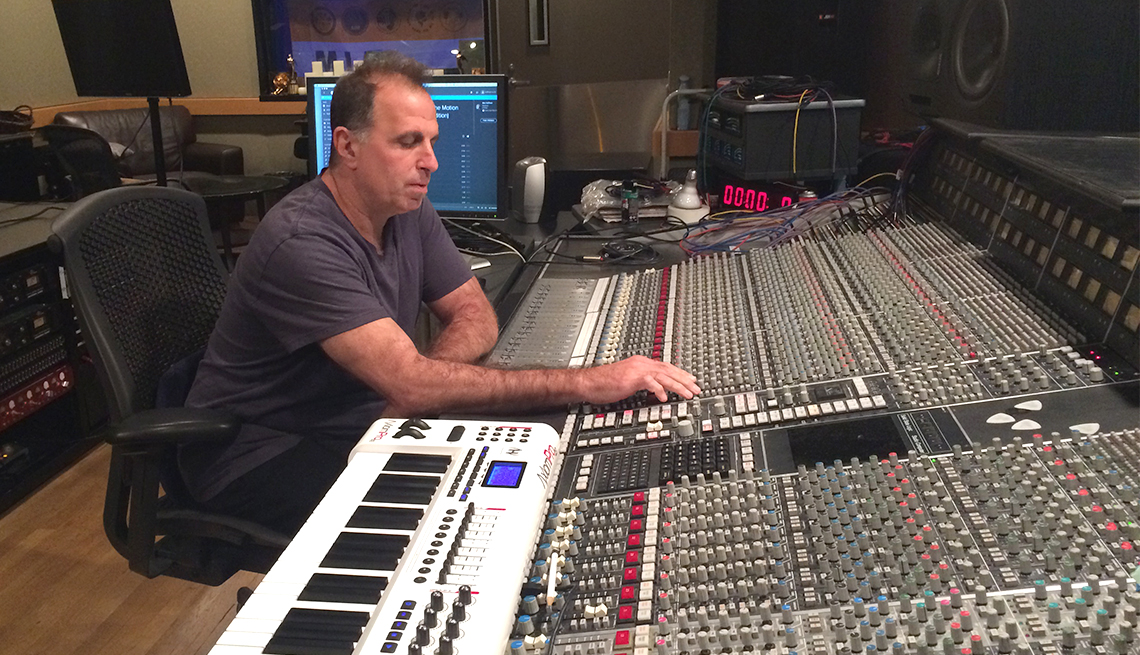 Ira Antelis isn't holding back at 60 and is offering a platform for others to open up, too.

Music composer and producer Ira Antelis, whose songs have been belted out by such stars as Patti LaBelle and Christina Aguilera, has much to say about turning 60.

“I don’t want to be invisible,” says the man who co-owns the music and sound design company Jira Productions, in Chicago. “I want to matter. I want to have a voice. I want to continue to make an impact on my life, the lives of my kids and my career.”

“I still have a lot to say and a lot to do,” Antelis says. But he’s cognizant of the experience and life themes or chapters that six decades of experience bring.

The website features 14 songs Antelis composed on topics as varied as first love, loss, and family — all of them meant to inspire reflection and user engagement with the site and with each other. With more than 30 years working in music and advertising (including writing jingles), Antelis could call on a tribe of writer, photojournalist and artist friends to create a multimedia experience to start things off. But the site encourages all visitors to share their reflections, offering several artistic formats, words, videos, pictures, and music.

I think it’s a very different age than 50. Many people are winding down the end of their careers. They’ve got kids that are grown up. Some have grandkids. They’re looking toward retirement. I have a 9-year-old plus a 21-year-old, so my life is pretty crazy and chaotic. I think we should celebrate this and not deny it.

Talk about the themes you explore in the music on the site.

I tried to figure out things that everybody who is 60 can share and comment on. People I know have had a first love, and it usually doesn’t work out, so there’s a song called “Alyson.” There’s a song called “Take Me Back to Brooklyn,” which might be one of my favorites. I’m from Brooklyn, and we take sort of like a tour going back to 1975 Brooklyn. Others might say, “I’m from Chicago and here’s what I did as a child.” The idea is to inspire you.

Are there some commonalities in the stories you’ve received so far?

There are many storytelling options. In addition to the music and community stories, you also have photo essays and videos. Why?

I think we’re in a much more diverse world from a media point of view. You have to play to everybody’s strength. You have to give something for everybody to latch on to. Let’s just not do one thing. Let’s not just do music and share your stories. You can post your video. You can take pictures.

You’ve produced and composed a lot of songs in your 60 years. Was there a song from the project that was hard emotionally to produce?

The final song from the project is a song called “I’m Sending Love.” I’m really fortunate. I have a lot of good relationships, a lot of friends and people who’ve supported me. That’s a song saying that if my day ends and tomorrow I don’t wake up and I’m no longer here, I want to thank you all for making my life more special. I think that might have been the one that was most complicated emotionally.