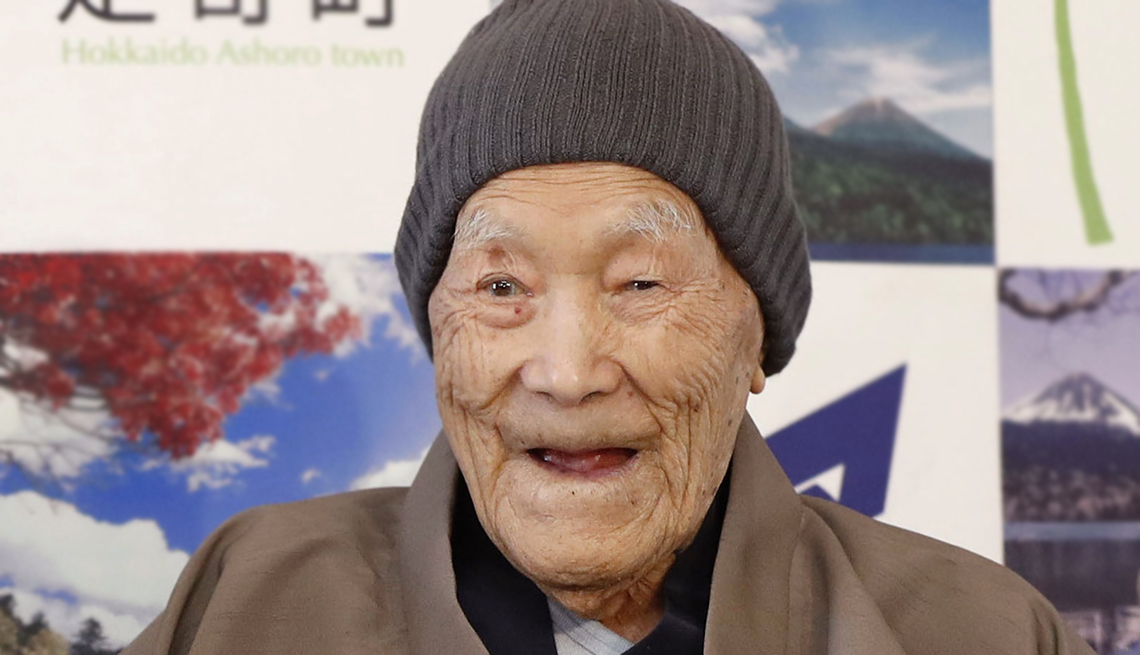 Masazo Nonaka, 112, of Hokkaido, Japan, was recognized by Guinness World Records as the world's oldest man.

Masazo Nonaka, a 112-year-old man living in Hokkaido, Japan, was certified this week by Guinness World Records as the world's oldest living man.

Nonaka was born on July 25, 1905, the same year that Albert Einstein published his theory of general relativity and President Theodore Roosevelt was sworn in for his second term. The eldest child, Nonaka grew up with one sister and six brothers, married his wife Hatsuno in 1931 (she died in 2002) and is the father of five children (three girls and two boys). Nonaka lives with his extended family, who run an inn at a hot spring.

Erika Ogawa, vice president for Japan at Guinness World Records, presented Nonaka with the official certificate earlier this week. Currently, Guinness World Records is investigating claims to the titles of "oldest person living" and "oldest woman living." Guinness' record for the oldest person ever to have lived is Jeanne Louise Calment (1875-1997) of France, at 122 years and 164 days old.

According to his granddaughter Yuko, Nonaka gets around by using a wheelchair, but he does not need any special care. He enjoys soaking in a hot spring once a week, reads the newspaper every morning, watches sumo matches and operas on TV, and indulges in sweets, especially cakes.

Japan estimates it has almost 67,800 centenarians, according to its Ministry of Health, Labor and Welfare. With the world's highest average life expectancy — 80.98 for men and 87.14 for women — Japan is the fastest-aging country.