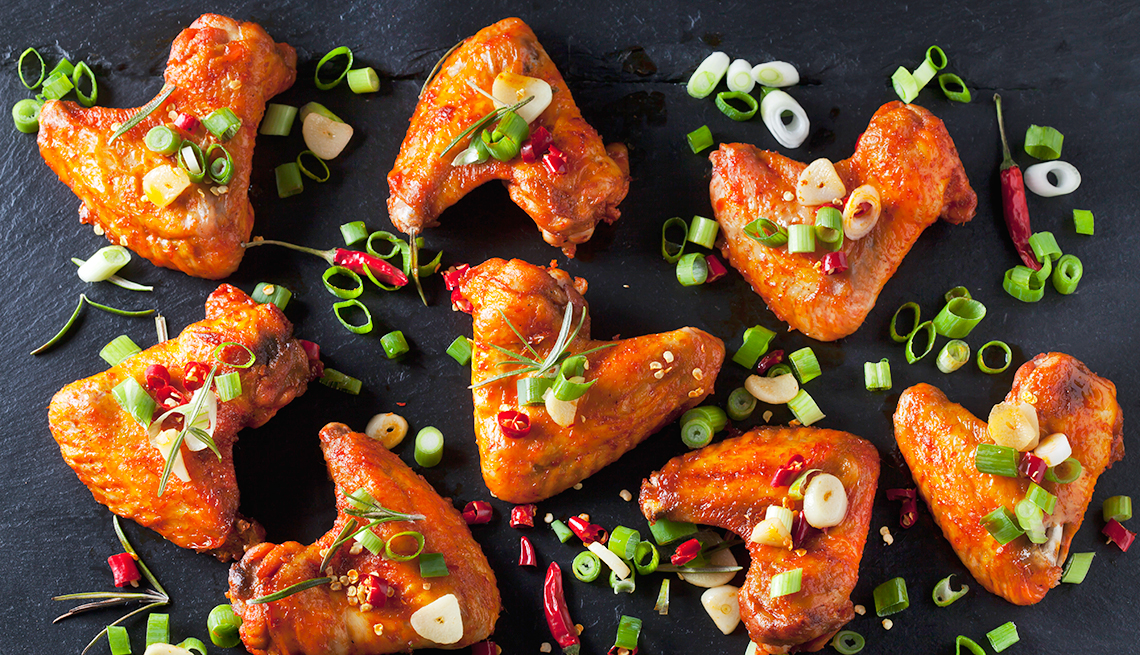 What a piece of work is a chicken wing: Noble in appearance, infinite in versatility, admirable and delicious in form and function. And on this Super Bowl weekend, Americans are poised to devour them in volumes that might frighten even Shakespeare.

That includes older Americans, according to a new report from the National Chicken Council. Well aware of the fact that this weekend is also the Super Bowl of eating wings, the council is dropping a bucketload of wing facts on anyone who cares to know.

For example: Americans are expected to eat 1.35 billion wings this weekend. That, the council says, is 20 million wings more than we ate last year. It’s enough wings to put 625 of them in every seat of all 32 National Football League stadiums. It’s enough to circle the Earth three times.

If you’re suddenly hungry or worried that this trend will make your last-minute wing run a financial nightmare, the council wants you to relax. Wholesale wing prices fell significantly between September 2017 and January of this year, it reports — which is unusual because that’s when restaurants and retailers stock up in preparation for this weekend.

"There will be no wing shortage," National Chicken Council spokesman Tom Super said in a statement. "Whether you're a fan of the left wing or the right wing, there's no debate about America's favorite Super Bowl food. Although we do anticipate an uptick in chicken cheesesteaks."

The council based its report in part on data gathered from a Harris Poll last month of 2,019 adults age 18 and older. For the record, 1,595 of those adults eat chicken wings.