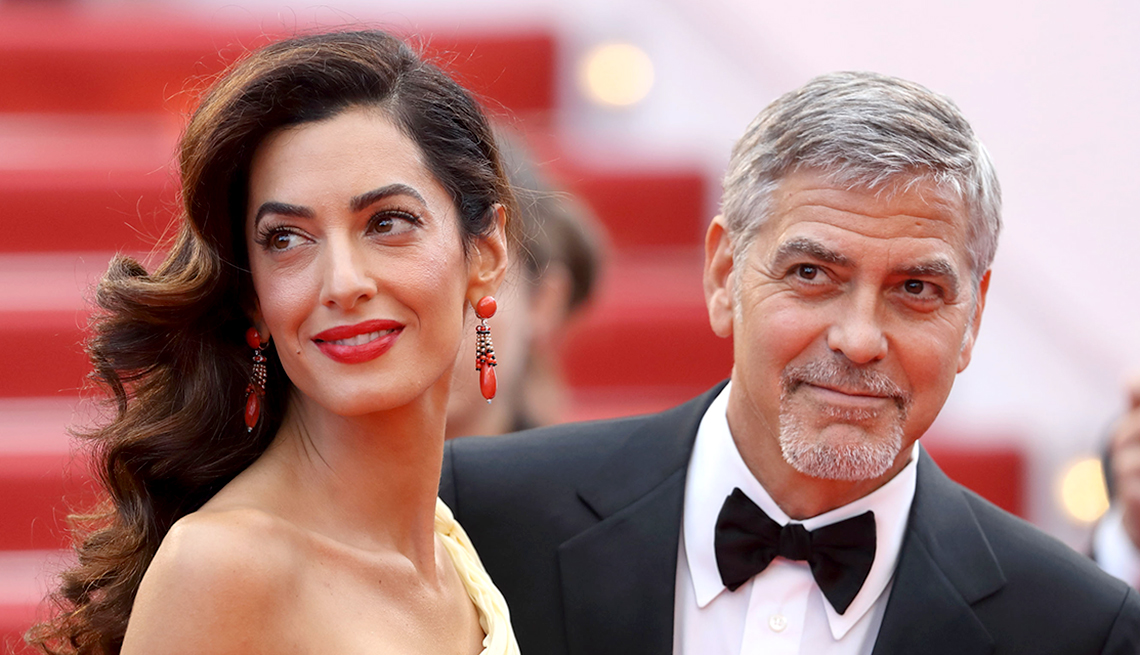 Amal and George Clooney are older than the average first-time American parents.

En español | When word leaked last week that George and Amal Clooney are expecting two bundles of joy this summer, the world let out a collective “awww.” These will be the first children for both the popular Oscar-winning producer and actor, who will be doing diaper duty at 55, and his wife, a 39-year-old human rights lawyer. The two are older than the average first-time American parents, according to the Centers for Disease Control. In the United States, the average age for first-time mothers is 26.3, according to 2014 data, while the average age for first-time fathers is 25.4.

While the reasons for embracing parenthood earlier or later in life are usually subjective, there is a bit of science behind at least a few pros and cons when it comes to timing.

Here are just six of them.

A massive multiyear study of 28,000 post-menopausal women published in 2016 found that women who were older than 25 when they first gave birth were 11 percent more likely to live to 90 than those who weren’t yet 25.

“The findings indicate that women with two to four term pregnancies compared with a single term pregnancy were also more likely to live at least nine decades," said Aladdin Shadyab, lead author of the study with the UC San Diego School of Medicine, in a press release.

He said that more research is needed to determine the explanation behind the findings. “It is also possible that women who were older when they had their first child were of a higher social and economic status, and therefore, were more likely to live longer,” he said.

The Children of Older Dads May Live Longer

Older fathers are apparently blessed with longer telomeres — or those tiny "caps" on the ends of chromosomes that ward off the aging process. A recent study found that these long telomeres can be passed down from a father to his children. Indeed, it appears that all the cells found in the offspring of older dads have longer telomeres.

The biggest winners of all in this genetic phenomenon are the children whose fathers AND fathers' fathers had children at older ages.

This one has more to do with the speed at which society is advancing than with the mother's age. Indeed a study of more than 1.5 million Swedes found that a child born even a few years later can reap the benefits of rapidly improving health care and education systems. "The benefits associated with being born in a later year outweigh the individual risk factors arising from being born to an older mother," said a lead researcher from the Max Planck Institute, which conducted the study.

Researchers say it's not quite clear why the children of older moms were — on average — taller, as well.

Join for Just $16 a Year — Receive access to exclusive information, benefits and discounts »

More than one recent study has found that children born to fathers age 45 or older were more likely to develop autism, ADHD and bipolar disorder when compared with kids of fathers in their 20s. In addition, a study published in the journal JAMA Psychiatry in 2014 found that the kids of older dads were at greater risk of substance abuse, a lower IQ and suicide attempts.

The reason? Compared with younger dads, older fathers pass along genetic mutations that are dramatically more random, which ups the risk for problematic developmental conditions.

Having Kids Later in Life Can Muck Up Your Finances

While older parents are often higher up on the corporate food chain, meaning they may be better able — financially — to care for their kids, there are other issues to consider. Older parents are more likely to be gearing up for retirement at about the same time their kids are headed for college. This means they may be tempted to tap into their IRAs or 401(k) plans to cover tuition costs unless they were especially adept at saving when they were younger.

The bottom line: The older you are, the less time you have to course-correct when it comes to saving and paying off debt.

Getting Pregnant After Age 35 Comes With Health Risks

Not only are older moms more likely to develop high blood pressure during pregnancy, they also are at a greater risk of getting gestational diabetes. And the list goes on. Older moms are more likely to need a C-section and to give birth to premature babies. Their offspring have a bigger chance of suffering certain chromosome abnormalities, as well, according to the Mayo Clinic.

But there is some good news: A 2012 study linked a lower risk of developing endometrial cancer for women with giving birth to their last child in their 30s or 40s.

In the end, there’s nothing magical or particularly worrisome about having a child at any specific age. But it's a good idea to have all the facts laid out before you. No doubt the Clooneys have done their homework.