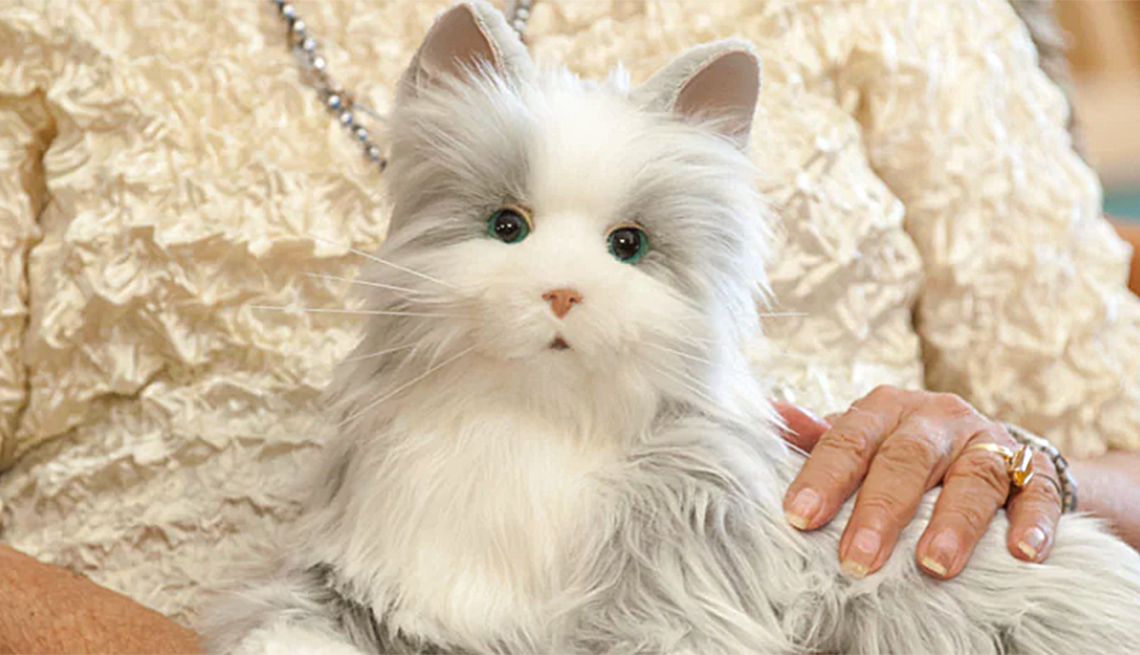 Robot pets don’t require as much care and can be handled by older people.

Research shows that pets have therapeutic benefits for older people, but for residents of assisted living facilities and nursing homes, having an animal isn’t always a practical option. That’s why many communities across the nation are providing residents with lifelike robotic dogs and cats as a way to boost stimulation and relieve loneliness.

At the Knolls of Oxford, a nonprofit continuing-care retirement community in Ohio, activity director Suzanne House this year purchased a robotic dog and cat made by toy manufacturer Hasbro. House, who still brings her actual dog to spend time with residents several times a week, said the robots don’t require as much care and can be handled by older people whose allergies might prevent them from touching a real animal. The robots have realistic fur and sensors that make them purr or wag their tails in response to being touched.

“If someone is having a bad day or is down in the dumps or agitated, we’ll give them the cat or the dog,” she said. “It really changes their mood.”

A 2013 study found that New Zealand nursing home residents who interacted with a robotic seal showed improvement on the UCLA Loneliness Scale compared with a control group.

Hasbro’s two-year-old line of robotic Joy for All Companion Pets are now in use in thousands of senior care facilities, according to Ted Fischer, the vice president of business development. While developing the robotic animals, the company sought input from older people. The robotic cats are designed to vibrate as they purr, for example, because seniors mentioned experiencing that sensation with real cats.

Brown University researchers, with help from a $1 million National Science Foundation grant, recently announced a partnership with Hasbro to add artificial intelligence to robotic pets so they can help older people with tasks.