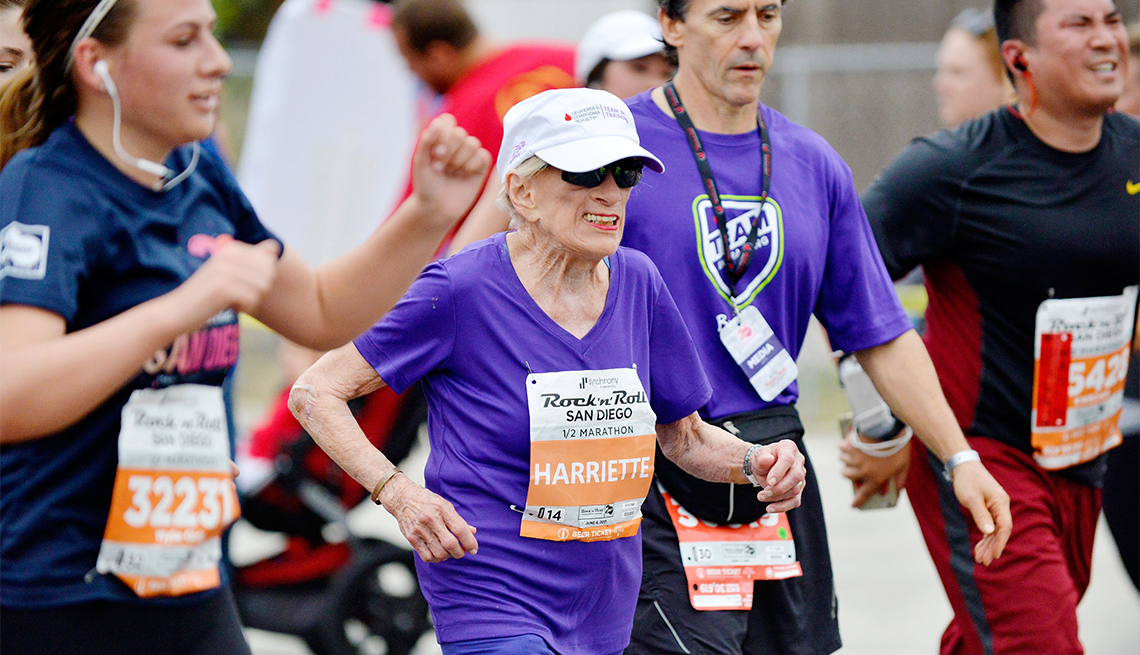 If you’re an able-bodied couch potato, this story may get you on your feet.

Harriette Thompson, 94, walked and jogged 13.1 miles to finish a half marathon in 3 hours, 42 minutes and 56 seconds, becoming the oldest woman to complete this race. She joined some 20,873 runners, walkers and wheelchair athletes who participated in this year’s San Diego Rock ’n’ Roll Marathon and Half Marathon.

“I’m just as surprised as everyone else that I made it,” said Thompson, of Charlotte, N.C., who crossed the finish line surrounded by her family.

She’s no novice runner, either. According to the San Diego Union Tribune, this is Thompson’s 17th time participating in this event. The race director has even dubbed her “the Queen of Rock ’n’ Roll.” Her first 16 races were marathons, and two years ago, at 92, Thompson became the oldest woman to finish a marathon, completing Rock ’n’ Roll San Diego in 7 hours, 24 minutes and 36 seconds.

More impressive, this roadrunner, who took up the sport at 76, is a two-time cancer survivor. She has raised more than $100,000 for the Leukemia & Lymphoma Society. Thompson lost her husband and several other family members to cancer, so the cause is close to her heart.

Thompson told the press that she thinks her half-marathon and marathon records will be broken because it’s “only unusual now.” Gladys Burrill, who finished a half marathon at 93 years old in 2012, held the previous record.

Today, Thompson is simply enjoying the fans she inspires. “If at this age I can do anything positive, that’s wonderful.”