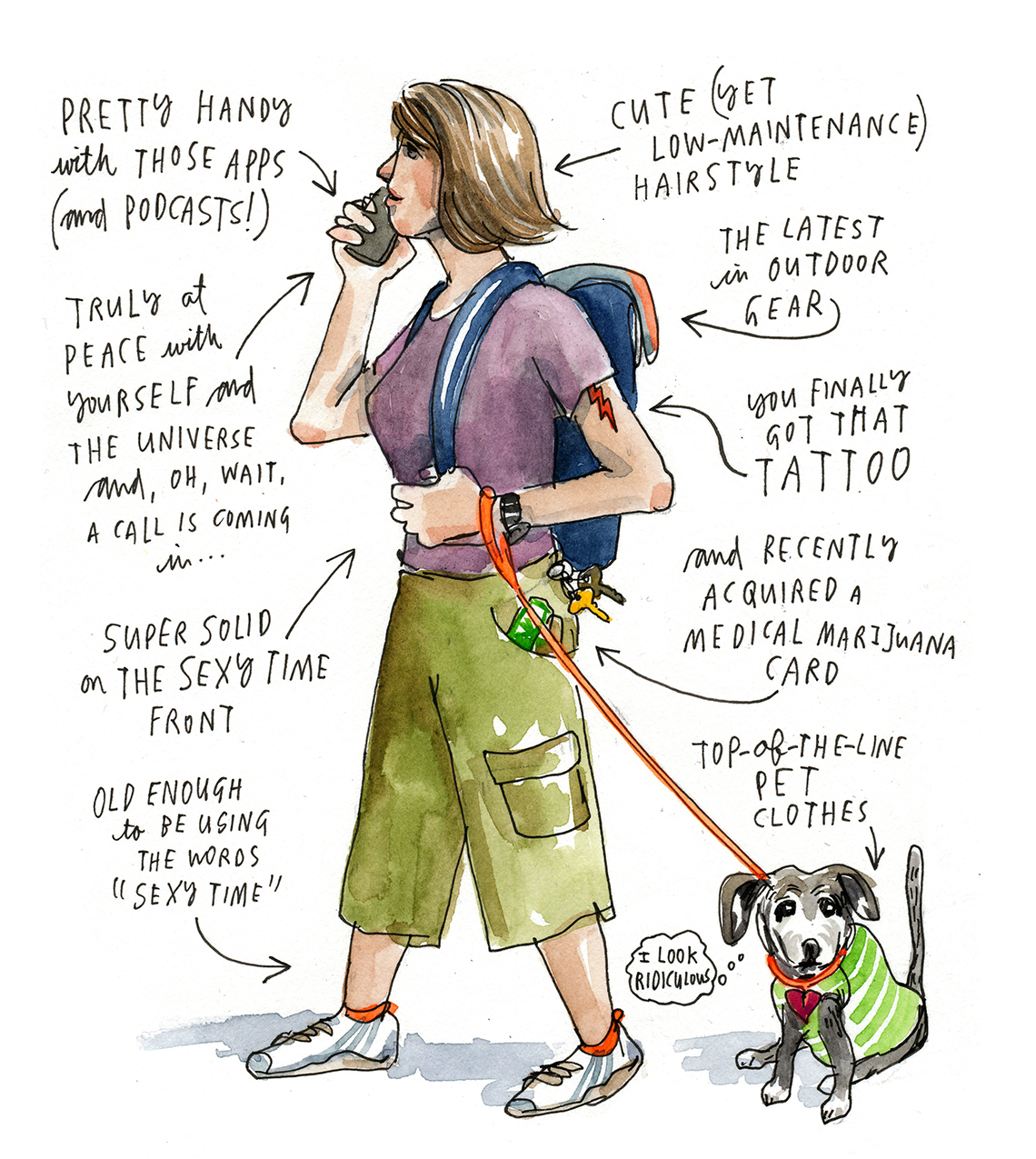 THE LOWDOWN: Five decades have brought many 50-somethings wisdom and confidence. But you are also youthful, at times a bit reckless, and — for many — somewhat alone and isolated.

… love to laugh … One in three 50-somethings laugh at least once a day.

… feel happier than ever … Research is consistent: People get happier as they age. A big chunk of that comes from passing decision-making hurdles, such as whether to marry, have kids, take that job or buy a new house. Now you're reaping the rewards.

… like yourself a lot … In a University of California, Davis, study that tracked 3,617 women and men for 16 years, participants were most likely to feel positive about themselves in their late 50s.

… and are smarter. Your vocabulary, math skills and understanding of the world are at their peak in your 50s, according to a 2015 Harvard study.

You feel in tune with the divine … Sixty-two percent of boomers feel a sense of spiritual peace and well-being. Prayer is a daily ritual for 61 percent, and 92 percent believe in God.

You are into self-expression … There's a quiet boom happening in senior theater; the number of companies has grown ninefold in recent years.

… and could be smoking marijuana again. One out of 17 fifty-somethings have smoked pot in the past month, the CDC reports.

You may even have a tattoo or two. Thirteen percent of 51- to 69-year-olds sport at least one tattoo. Half of them have two or more. No regrets for the majority, but 1 in 4 feel "tattoo remorse," fueling a $1 billion industry in tat-removal laser and other procedures and products.

You are likely in a committed relationship … Sixty-five percent of 50-somethings are either married or have a significant other. Three out of 4 are satisfied with their relationship.

… or looking for one. Then there are the 35 percent who want companionship and are turning to the internet to find it. Mature adults are one of the fastest-growing groups on dating sites, doubling between 2013 and 2015.

You really should, ahem, practice safer sex … In 2015 (the most recent year for which statistics are available), the CDC identified 24,814 cases of gonorrhea, 4,641 cases of syphilis and 36,589 cases of chlamydia in people ages 45 to 64—nearly triple what the stats were in 2000. One big reason: Men in their 50s are now four and a half times less likely to use condoms than are those in their 20s.

… but know what to say (and do). Ninety percent of guys and 58 percent of women in their 50s tell their partner "I love you" regularly. Sixty-seven percent have sex at least once a month, and about as many kiss passionately on a regular basis. No wonder guys in their 50s report more satisfaction with their sex lives than do fellas in their 30s and 40s.

… but may be feeling lonely. Fifty-one percent of boomers say they don't have a friend to call in a time of need; 19 percent say they feel very isolated.

… are digitally connected … The average 50-something sends at least 80 text messages per month, has 220 Facebook friends and spends 15 hours a week online for fun.

… and love sharing cute cat photos … or political rants. People in their 50s are 19 percent more likely than other age groups to share content on social networking sites.

If Lonely, Learn to Reach Out

For some, life in your 50s is a decade of increasing isolation and loneliness. “We’re busy working, our marriages have been strained by years of raising children and financial pressures, and we don’t have time for friends,” explains psychiatrist Scott Haltzman of St. Joseph Health Center in Providence, Rhode Island. But strong relationships deliver health benefits on par with quitting smoking or exercising regularly, research has shown. Steps to consider:

Build a local social network. “Check out meet-ups in your area for groups that interest you,” Haltzman suggests. Or use apps such as Nextdoor to bond with those in the neighborhood. “It takes a while to build familiarity,” Haltzman says. And 50-somethings know what they like and don’t like in friends. Which means that we often let small foibles close the doors to potential friendships too soon, he notes. So be patient, and not too picky, and friendships will bloom.

Rekindle with your significant other. “You may have more time for each other and a little more money to spend on dates and vacations now that the kids are grown,” Haltzman observes. “Start having fun again.” That includes rekindling desire. It’s a myth that the only great sex is spontaneous. Ignite your love life by setting aside time for intimacy or doing something new together.

Singles, give online dating a try. It’s a proven strategy now: Almost a third of people ages 55 to 64 know someone whose long-term relationship began digitally.

NEXT: What to expect from your self in your 60s.