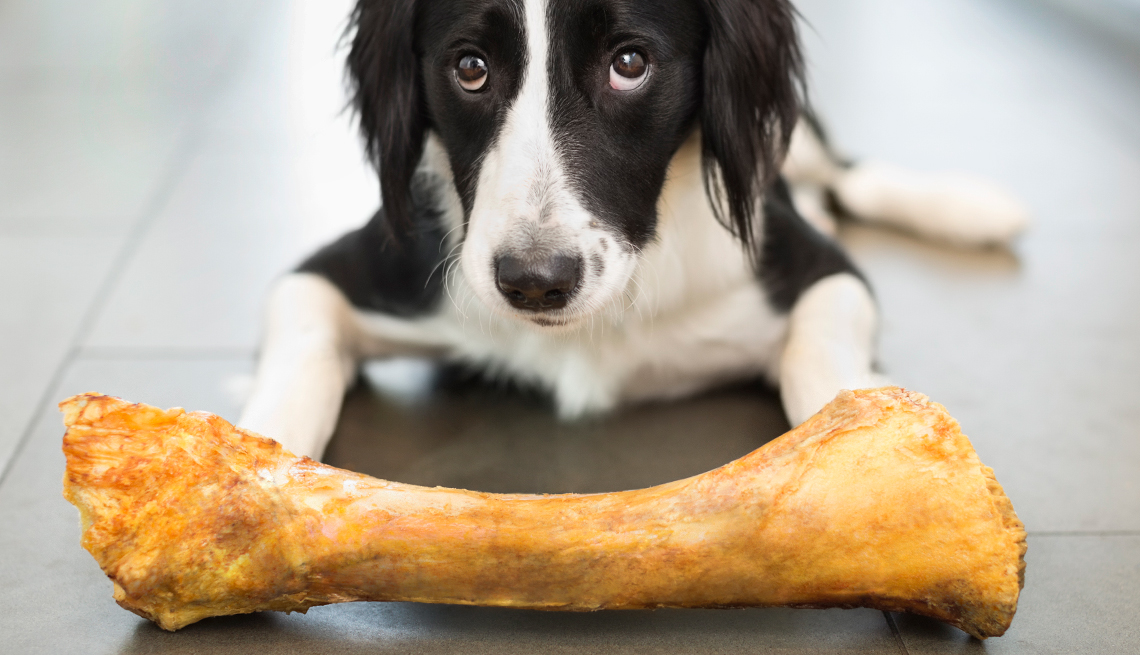 A new warning from the Food and Drug Administration says that processed bone treats can have harmful — possibly deadly — effects on dogs.

Your pet may love the occasional dog bone treat to reward good behavior, but the Food and Drug Administration has issued a warning that the pet snacks may be hazardous to your four-legged friend’s health.

In the last year, the agency has received nearly 70 complaints from pet owners about dogs who have gotten sick from eating the processed bones, and 15 dogs have died, according to a statement posted on the FDA website. The new warning nearly doubles the number of pets who have died after eating the processed treats from a prior 2015 report.

The FDA said that among the pet illnesses attributable to the dog bones were:

In addition to the illnesses, the agency has received complaints from pet owners about the treats splintering when a dog begins to chew them, and about moldy appearance when opened.

The FDA warning was issued specifically about processed, commercially available bone treats. No brands were named or officially recalled, but the agency advised pet owners to watch for treats described as “Ham Bones,” “Pork Femur Bones,” “Rib Bones” and “Smokey Knuckle Bones.” The dog bones in question are dried through a smoking process or by baking and can contain preservatives, seasonings and smoke flavorings.

In addition, many veterinarians advise that bones — processed, commercial or natural — simply aren’t a good choice as a dog treat.

"There's a lot of other good, commercial products out there that can be given to your dog that can satisfy their need to chew and promote good dental health," John de Jong, president-elect of the American Veterinary Medical Association, told Newsweek.

Pet doctors also say to be careful when discarding chicken or turkey bones after a family meal — a particular concern during the holidays. Keep platters out of your dog’s reach, and be vigilant about what goes in the trash can, as most pooches can’t resist helping themselves to leftovers if available.

“We recommend supervising your dog with any chew toy or treat, especially one she hasn’t had before,” said Carmela Stamper, a veterinarian in the Center for Veterinary Medicine at the FDA. “And if she ‘just isn’t acting right,’ call your veterinarian right away!”

To report a problem with a pet food or treat, visit FDA’s Web page on “How to Report a Pet Food Complaint."