Should You Give the Gift of Ancestry?

DNA testing kits come with pros, cons and the occasional can of worms 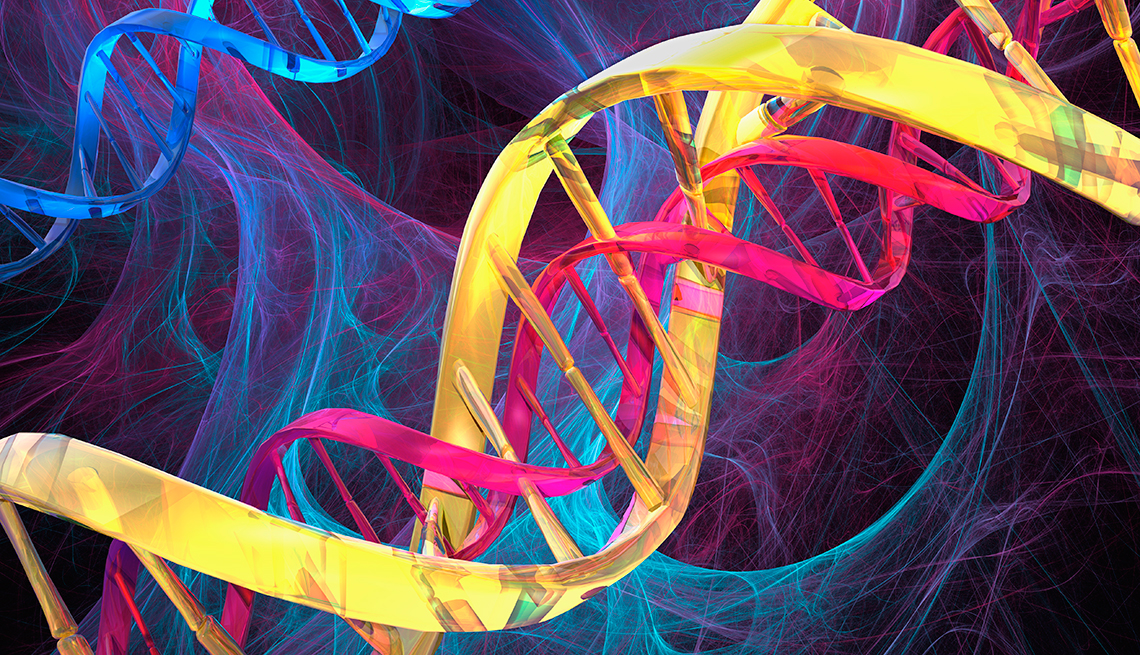 Some DNA kit testers worry about the privacy of the information that details genetic breakdowns.
Getty Images
By
Jennifer Steil
AARP
December 19, 2017

Home DNA testing kits that provide details of ancestry and, in some cases, health are hot gifts this holiday season , if the frequency of TV advertisements is any measure. But these boxes hold something much more exciting — or perilous, depending on your point of view — than anything else one might unwrap. Consider the pros and cons before deciding if they make the right gift for someone on your list.

Results open windows to your past, and then some

For writer Bridget Connelly, 76, of Berkeley, Calif., a 23andMe test she gave to her sister confirmed all the old family stories in ways they both found delightful. “It reinforced what we'd heard about Celtic migrations — how people got to the South Connemara [Ireland] shores my grandmother was born on,” she says. “It’s just amazing that it can be verified genetically.”

For Erika Hansen, 53, of Chagrin Falls, Ohio, the thrill of a kit she received from her husband was in discovering branches of the family she hadn’t known existed. On her mother’s side, for instance, she learned of a shipbuilder from Devon, England, who settled on Prince Edward Island, off the eastern coast of Canada, a place she’d always loved to visit.

“To find my family had a history there that I had no idea about was exciting,” she says. “We’ve had some losses in our family lately, and there was something about connecting to the past that literally enlarged our family , and the sense of family.”

Some find it equally revelatory to learn that everything they believed about their family background was wrong.

Curious to find out more about her father’s ancestry, Teneice Durrant, of Lima, Ohio, asked for a DNA test for Christmas last year. Her mother bought one from Ancestry.com; Durrant spit into the test tube provided and mailed it away.

When she got the results about eight weeks later, they surprised her. “I spent my whole life saying I was British,” she says. “I have a Union Jack doormat outside my house.” Yet, “my DNA test showed no Great Britain whatsoever!” Rather, she turns out to be about one-third Irish, one-third French and German, 16 percent Scandinavian, and 7 percent Iberian. “I’ve always loved Guinness,” she says. “I should have known.”

They can link you to living people

Understand that there’s also potential for the DNA kit to connect the user to actual living relatives. This happens if related people opt to make their results “public” and are matched up according to a certain percentage of shared genes.

In fact, some, like Neil Samuels, 59, an actor and screenwriter in Bucks County, Pa., have successfully used the kits to find biological parents.

For decades Samuels had tried to find his birth parents by other means, before testing with the three biggest services and learning that his birth mother was alive in Florida.

Less than a month after their first conversation, he flew down to spend his 58th birthday with her. “She baked me a key lime pie with three candles in it — one for the past, one for the present and one for the future.” Through her, he learned of his late birth father as well as many half siblings on each side.

“I was stunned,” he says. “I came from a small family, and now I am one of 10. When I was communing with my father at his grave site or speaking with my mother, the message I had for both of them was, 'Thank you for giving me life. I want to let you know that everything worked out well for me.' It’s an incredible gift to be able to say that to them and to their children.”

While at-home testing kits turned out to be the greatest kind of present to Samuels and others like him, they may not be for everyone. When in doubt, ask a recipient if they understand the potential consequences of listing their DNA publicly and then let them decide for themselves if they're open to potential surprises, such as heretofore unknown siblings (however unlikely these may be).

One of the companies, 23andMe, also includes at extra cost the option of having health information provided in the report it sends back to you. This means that people taking the test could receive news about genetically linked diseases, such as Parkinson’s and Alzheimer’s, that could affect them or other members of their family in the future.

Perhaps the biggest area of concern for a possible DNA kit recipient is about the privacy of the genetic data: The kits provide not only a detailed sketch of your family tree , but your actual genetic breakdown.

Your genetic code is unique. Most services promise to protect your privacy and to release your digitized data for research only with your consent. But with this consent, the company could potentially sell your DNA for a variety of purposes. Ultimately, the worry is that health insurers could obtain your information and that markers for certain diseases found within it could cause them to deny you coverage.

Of the three big DNA kit makers, only 23andMe openly profits from your data, selling it to pharmaceutical companies. That isn’t a negative for some people. “I hope pharmaceutical companies are using it for research,” says Samuels. “It would be a great pleasure to know that all these folks donating DNA are creating an opportunity for medical advancement.” Just make sure your potential gift recipient feels similarly.

The most popular DNA testing services:

23andMe is advertising its ancestry-only DNA test for $79 (discounted from $99) and its health-plus-ancestry kit for $149 (discounted from $199). It is the only one of the top three currently offering health information, which includes your risks of diseases such as celiac, Parkinson’s and Alzheimer’s. It also tells you whether you are a carrier for such conditions as cystic fibrosis and sickle cell anemia.

Ancestry.com offers its DNA test for a holiday price of $69. If you buy three kits you get one free. This test provides information about your ethnicity and where your family comes from, as well as the chance to connect with potential relatives who have taken the test and whose DNA matches yours. If you are seeking living relatives, Ancestry has the biggest database, at 5 million. However, it does not separately track your paternal and maternal lines, nor can it tell you how your ancestors migrated from Africa.

FamilyTree.com offers DNA testing for genealogy, history and ancestry. The basic test starts at $59 (currently discounted from $89), and more detailed tests of your maternal and paternal lines can cost up to $442. Depending on which option you choose, you can track paternal and maternal ancestry separately and see information about your family’s migration. You can also choose to upload your results from 23andMe or Ancestry.com to broaden the possibility of connections.