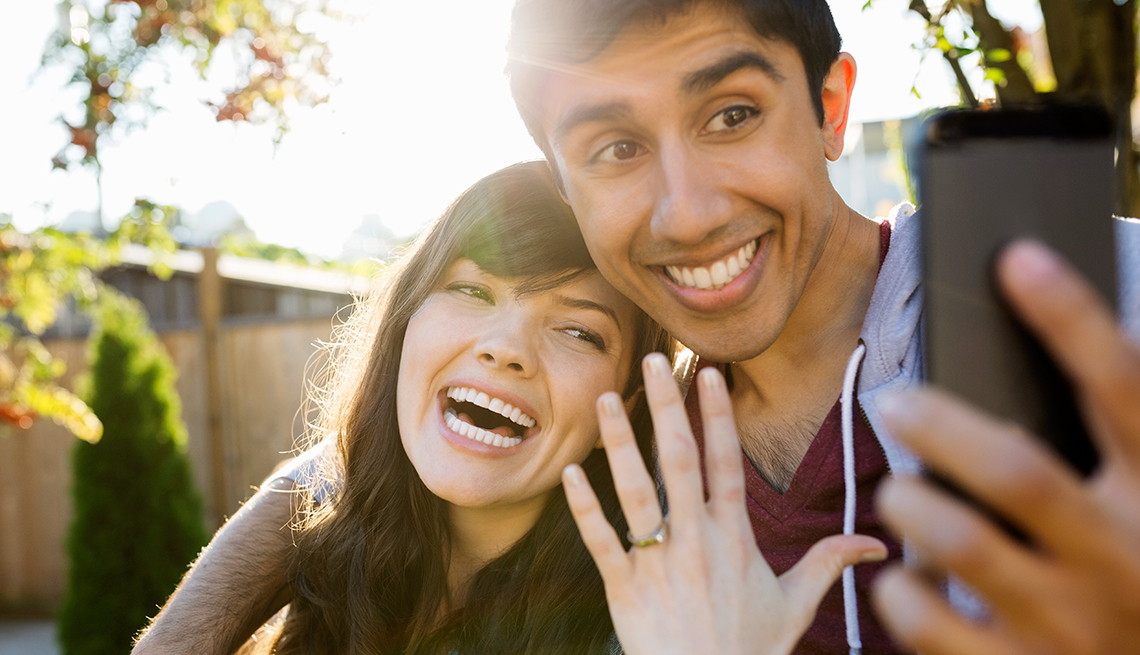 Many couples still think a parental blessing is important before popping the question.

Though the tradition of asking the bride's father for permission to marry his daughter is no longer an obligatory part of the wedding proposal process, a surprising number of couples still seek parental approval before deciding to tie the knot. A 2015 survey by wedding website the Knot found that fully 77 percent of suitors still think it's important to gain the parents' permission before popping the question. Among same-sex couples getting married, that number drops to 40 percent. But it's clear that for many, getting the parents' blessing — while no longer seen as required — remains a key stop along the walk-up to the walk down the aisle.

Paradoxically, the increasing prevalence of divorce may be one reason some couples still prefer to gain approval from parents and family members, Stephanie Coontz, research director for the Council on Contemporary Families, told the Wall Street Journal . With family blessing comes an implied commitment to help the couple through any hard times that may arise.

With husbands and wives now sharing the breadwinning and household management duties more than ever, there's a new egalitarianism to many marriages that simply didn't exist in previous generations. So it's becoming increasingly customary to ask both parents, instead of just the father — and the driving notion behind asking for a child's hand has shifted away from a pledge of financial support to one of emotional support. In an era when traditions such as who pays for the wedding are falling by the wayside, experts also say it's a good way to draw both families into the wedding planning process.

Sean Cox and Alyssa Knowles already owned a home together in Charlotte, N.C., when he decided to propose a few years back. But Cox still invited Mike Knowles, Alyssa's father, over to garner his approval for the union — under the auspices of a home improvement project. At the end of their conversation, he had his future father-in-law's blessing, and the couple had a brand-new porch swing that the two men installed while chatting. Knowles told the Journal that he appreciated the gesture, which he thinks endures because it encourages couples to get to know each other’s families before making the leap to marriage. "Some people would look on it as an archaic and outdated tradition, but I thought it was nice,” he said.