AARP launched its Random Acts of Kindness for Caregivers contest late last year, asking people across the country to do something kind for a family caregiver in their lives and to tell us about it. The goal was to encourage and applaud those who offer caregivers — who often experience high levels of stress and fatigue — a little extra support, joy and relief. From more than 350 stories, we chose the three presented here. Nancy Hanlan, in the first story, won top honors. Of course, we consider anyone who does something nice for a caregiver a winner. 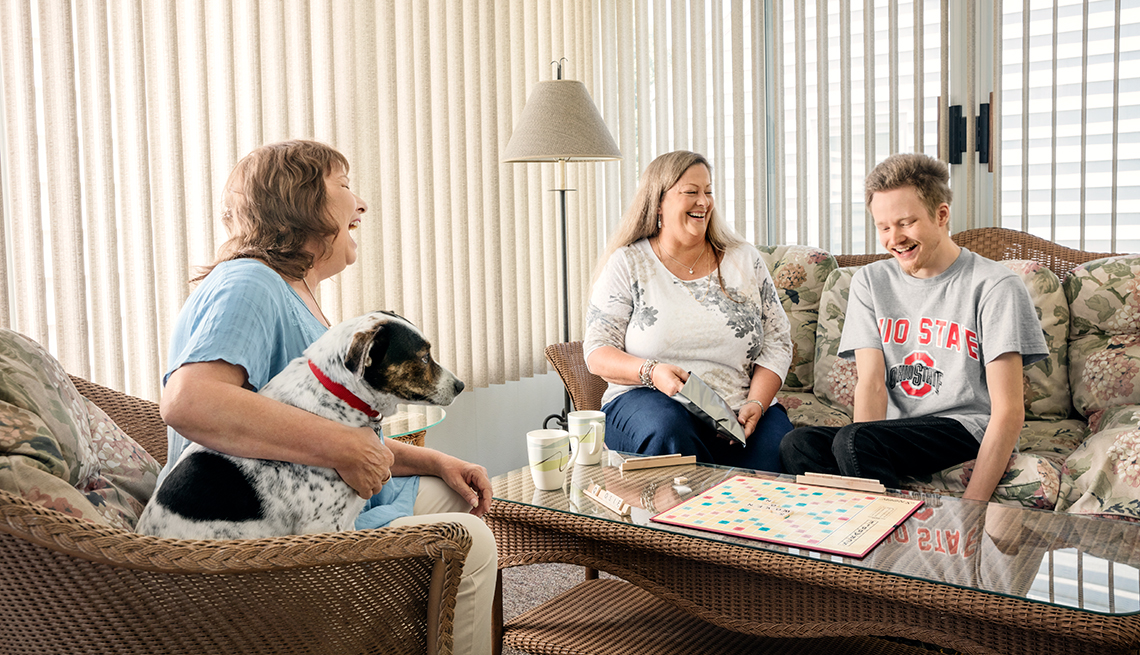 Nancy Hanlan, along with friends and family, fixed up a home for Robin Ferguson and her 25-year-old son, Kyle.

Investing in a Home

When Robin Ferguson's husband died in December 2014, she found herself in a tough spot: He'd left debts galore, and their Massillon, Ohio, home was on its way to being reclaimed by the bank. Meanwhile, she was caring for her adult son, Kyle, 25, who has Friedreich's ataxia, a rare nervous system disease that has left him unable to walk.

Nancy Hanlan, 56, who lives near Ferguson, spoke with her husband, Gordon. They'd been talking about buying a house as an investment, says Hanlan, and "after a lot of prayers and soul searching," they decided that the house they'd invest in would become her sister's home.

They settled on a small bank-owned house in Massillon, to accommodate Kyle. Then the whole family — nieces, nephews, even some of Hanlan's work colleagues — went to town on it.

They redid the kitchen and bathroom, installed new heating and air-conditioning units, put in new carpet, painted and more.

Ferguson and her son moved in just before Christmas last year. "I've been very blessed," says Ferguson, who insists on paying her sister rent. "I don't know what I'd have done without her. My son is very happy here."

And Hanlan says she has no regrets: "I'd do it again in a heartbeat." 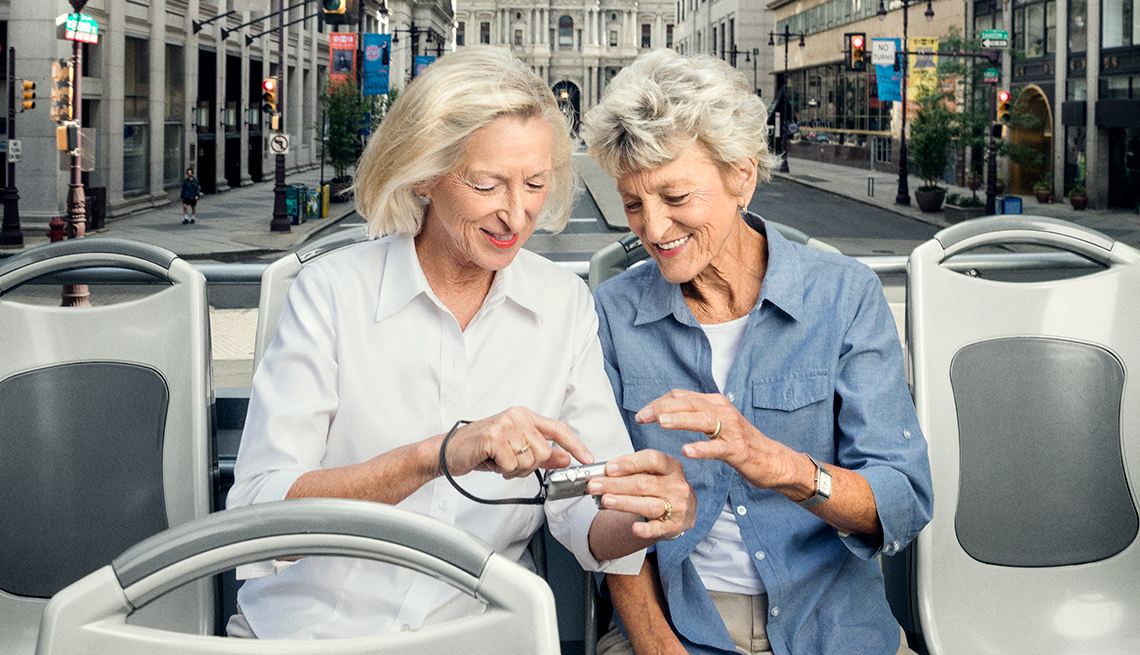 For more than 10 years, Leslie Horenburger and Sharon Ridings, sisters only 14 months apart, have taken annual getaways together to places that Ridings, 66, has never been, with Horenburger footing the bill. It's Horenburger's way of thanking her sister, who has long been their parents' primary caregiver.

Ridings, a retired nurse, cared for their dad, Bob Kleier, who died three years ago. She now tends to their mom, Ann, who still lives independently in the family home in Louisville, Ky., but has a heart condition and other health issues that require Ridings' assistance.

Horenburger, an office administrator in Delray Beach, Fla., says, "I just felt very guilty, living 1,000 miles away, and there wasn't anything I could think of that I could do, until it came to me: I could give Sharon the opportunity to travel and get her away from the stress of caregiving for a short period of time."

Their first trip was in 2005, to New York. Since then their jaunts — usually just three to four days, because Ridings doesn't want to be away from their mother for long — have included Boston, San Francisco, Philadelphia and Key West, Fla. They started a quirky tradition of leaving little icons of each city — beans in Boston, heart-shaped buttons in San Francisco — in memorable spots.

Ridings pays her own airfare, but Horenburger picks up the tab for everything else.

"It's all just so stress-free for me," Ridings says, "and such wonderful memories." 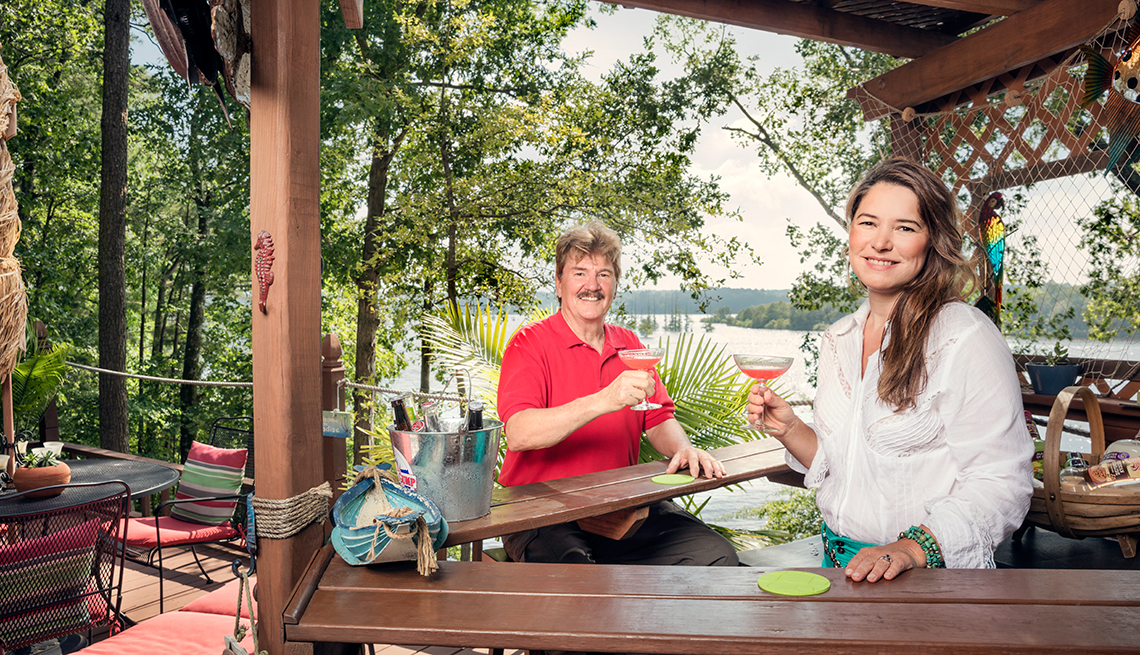 Family friend David Allen helped renovate a home for Tracy Roy, who was the caregiver for her now-deceased mother.

Tracy Roy, 49, spent years living in a small mobile home on her mother's property in Farmerville, La., caring for her mom, who had schizophrenia. It wasn't easy: Her mother became so paranoid she often wouldn't let her daughter into her home. "It was so stressful," Roy says, "but I love my mother so much. I said, 'I'm going to take care of her as best I can.'"

When her mother died in 2012, Roy, who works nights at an assisted living facility, couldn't imagine moving into the roomy A-frame house, which had fallen into disrepair.

Danny Allen, 67, a gregarious Vietnam veteran and family friend, wouldn't let her walk away. "I told her, 'Girl, it's a great place,' and I started doing little things to the house," Allen says, like cleaning squirrels' nests out of the basement. He gradually tackled bigger projects, such as redoing the kitchen and repairing the electricity.

Roy has moved in, but Allen is still working on the place. "I'll have some 'honey do's' next time I go over there," he notes cheerfully.

She calls him a godsend: "He made this home a dream home."

Allen describes his act of kindness as a labor of love. "She's a good girl," he says of Roy. "She deserves everything I did, and then some."