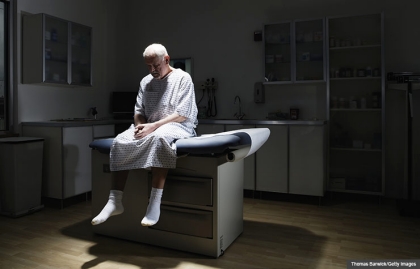 "The good news for Medicare recipients is new protections and benefits in the health law."

En español l If you're one of the 50 million Americans who have Medicare, you may be worried about changes under the Affordable Care Act (ACA). AARP has heard from many older people with questions in the wake of the health care law's troubled rollout.

The first thing to know is that the law has language protecting guaranteed benefits: "Nothing in this act shall result in a reduction of guaranteed benefits" under Medicare. Even the well-publicized problems with the Obamacare website won't affect Medicare users, who will continue to use medicare.gov as their online portal. And the ACA adds new Medicare benefits at no additional cost to the beneficiaries.

"The good news for Medicare recipients is new protections and benefits in the health law that strengthen Medicare and give more coverage," says Nancy LeaMond, executive vice president of AARP's state and national group.

The law shifts Medicare's focus to keeping older people healthy. Thus, it provides an annual wellness visit as well as preventive screenings — such as for diabetes and certain cancers — without charge. And it gradually closes the "doughnut hole" — the gap in Part D prescription drug coverage. Supporters say that over time the law will improve hospital care for Medicare beneficiaries by rewarding hospitals that perform best.

But critics have raised concerns about the hundreds of millions of dollars in reduced Medicare spending that will help fund the ACA. They say fewer doctors and hospitals will be available for Medicare users, resulting in a reduced level of care. What is the truth? At this point, there is little evidence, but many opinions. To help you navigate the new Medicare landscape, we've put together a Q-and-A based on your questions, with answers from top experts.

I've read that the Affordable Care Act cut Medicare by $716 billion. Where are the cuts being made?

The nonpartisan Congressional Budget Office estimated that Medicare spending would be reduced by $716 billion over 10 years, mainly because the law puts the brakes on annual increases in Medicare reimbursement for Medicare Advantage, hospital costs, home health services, hospices and skilled nursing services. Hospitals have to absorb most of the reductions, about $260 billion over 10 years. Medicare Advantage will receive about $156 billion less.

Medicare costs will still grow, just more slowly than they would without the ACA. But some experts predict that beneficiaries will feel the impact. "The notion that you can take $700 billion out of Medicare reimbursements and not think you will see some impact over time is ridiculous," says economist Gail Wilensky, who directed Medicare and Medicaid in the George H.W. Bush administration and is a senior fellow with Project HOPE, an international health foundation.

But Henry J. Aaron of the Brookings Institution, a liberal think tank, insists that "the ACA is unalloyed good news" for Medicare beneficiaries because it improves the financial health of Medicare Part A, the hospital insurance program.

Next page: Why are out-of-pocket costs on Medicare Advantage plans going up? »

My out-of-pocket costs on my Medicare Advantage plan are going up, and a lot of my copays are increasing. What's going on?

"Everybody is associating every change in the world with Obamacare," says Jonathan Gruber, a health economist at MIT. Insurers changed Medicare Advantage plans before the law, and they're still changing them, he says.

"Overall, seniors are not paying that much more, and more people are still enrolling in Medicare Advantage plans," says Gruber, who advised the Obama administration on the ACA.

About three in 10 Medicare beneficiaries are enrolled in Medicare Advantage options, which are premium insurance plans that often include dental, vision and drug insurance. These plans have been subsidized by the federal government for years. The ACA is simply aiming to equalize costs, according to its proponents.

"This is no free lunch," Gruber says. But he and other supporters of the ACA say the changes are essential to help ensure that the program is around for future generations.

My doctor got a letter saying the insurance company is dropping her from its Medicare Advantage plan because of the health care law. Why?

"They can reduce some of the optional benefits, such as vision or dental coverage. They can raise premiums. And they can also tighten their physician networks," she says.

Critics worry that more doctors may stop taking Medicare patients or that patients will face lengthy waits for appointments or other changes. "The question is whether reductions in payments to health care providers will impair either access to health care services or the quality of those services," William Galston and Korin Davis of the Brookings Institution wrote in a 2012 analysis of the cuts. "It's too early to know for sure."

How does the law help older people with prescription drug costs?

Next page: Will patient care suffer as a result of ACA payment cuts to hospitals? »

If the ACA is cutting payments to my hospital, won't that diminish the care I get?

The law is nudging hospitals to improve their quality of care by penalizing those with the highest rates of hospital-acquired conditions, such as bedsores. It also penalizes hospitals with too many readmissions of Medicare patients who have heart attacks, heart failure or pneumonia within 30 days of a hospital stay.

"If you're going to get penalized for not following up and having patients readmitted, you're more likely to give good follow-up care," says Matt Eyles, a health care consultant.

The penalties and bonuses are small — about a quarter of a percent on average — but critics say financially struggling safety-net hospitals serving a lower-income population are being treated unfairly. They care for poorer, sicker patients and often find it harder to get patients to follow discharge orders.

"For a long time, if you talked to physicians or hospital administrators, cost control was not of interest. Now it's become very chic," says Brookings' Aaron. But, he adds, "I'm not going to say that paying someone less will make him produce more."

I'm in my 50s and I'm afraid Medicare won't be there for me. Does the ACA help Medicare in the long run?

The ACA closes half or more of the shortfall in the Medicare Part A hospital insurance trust fund by slowing the growth of reimbursement payments to hospitals, Aaron says.

Medicare costs continue to grow more rapidly than Medicare income, though, and that makes the ACA's goal of controlling the rate of growth in health care spending critical, he says.

The health law has extended the life of the Part A hospital insurance trust fund to 2026, the Medicare trustees reported in May. But the trustees warn that the availability and quality of care received by Medicare beneficiaries could fall relative to that received by people with private health insurance unless the health care industry becomes more efficient. Aaron says, "I think Medicare beneficiaries more than any other group have a stake in the success of the Affordable Care Act."

To find more information about the health care law and Medicare, check out the website healthlawanswers.com.

Marsha Mercer is an independent journalist.