Is MSG Getting a Bad Rap?

Some consider the substance to be the purest form of ‘umami’ 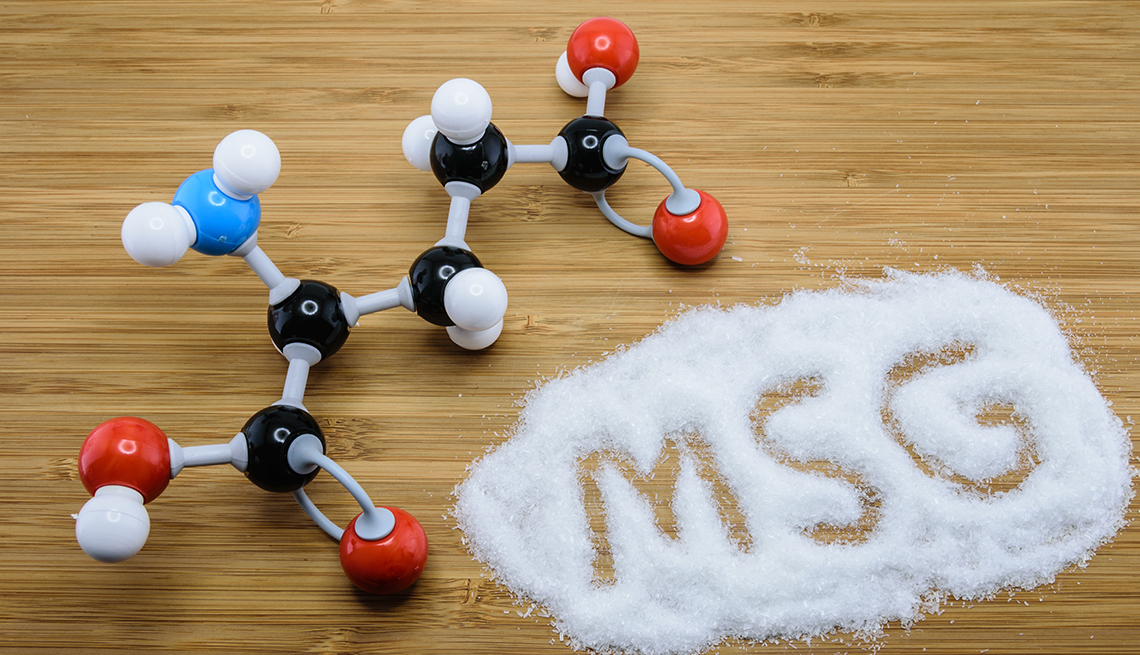 Increasingly, Americans are shifting to “clean eating,” a diet that consists of whole foods with minimal processed, artificial ingredients or food additives. For many, monosodium glutamate — better known as MSG — is high on the list of additives or seasonings to avoid.

While MSG been blamed for a host of health issues, the most serious claims have been largely debunked by research. Still, although MSG is a commonly used ingredient﻿, it remains controversial and people continue to wonder if it’s truly safe to eat.

The short answer, according to the Food and Drug Administration (FDA), is yes: MSG is generally safe when eaten in moderation. While some people may experience mild symptoms after consumption, the additive is cause for no long-term health concerns.

Umami is naturally present in such protein-rich foods as cheese, milk and fish as well as in mushrooms and many vegetables. But it can also be added by using MSG, which is the sodium salt of glutamic acid, a common amino acid. While MSG is found most abundantly in high-protein foods, it’s present in virtually in all foods, according to U.S. Department of Agriculture.

MSG was first extracted from a seaweed broth in 1908 by a Japanese professor named Kikunae Ikeda, who identified the glutamate in the soup as the source of its savory flavor. Ikeda later used his discovery to patent the extracted MSG for commercial production.

Today MSG is made through the fermentation of starch, sugar beets, sugarcane or molasses. The fermentation process is similar to the one used to make yogurt, vinegar and wine, according to the FDA.

The glutamate in MSG is chemically indistinguishable from the glutamate found in food proteins, and our bodies metabolize both sources in the same way. On average, adults consume about 13 grams of glutamate from natural food protein and around 0.55 grams from added MSG per day, the FDA reports.

MSG is often associated with Asian cuisine, and that isn’t an accident. The origins of so-called Chinese restaurant syndrome — the “diagnosis” for feeling ill after consuming MSG — can be traced back to a 1968 letter published in The New England Journal of Medicine. In the letter, a doctor who referred to himself as “Robert Ho Man Kwok” detailed “a strange syndrome whenever I have eaten out in a Chinese restaurant﻿.” The symptoms, he wrote, included “numbness in the back of the neck, gradually radiating to both arms and the back, general weakness, and palpitation.”﻿

Multiple newspapers, including The New York Times, ran articles about the “mysterious” syndrome, creating the public — and lasting — impression, that MSG is dangerous. But decades later, Jennifer LeMesurier, a professor at Colgate University, began investigating the curious origins of the 1968 letter.

“You would expect doctors to be very clinical, but this quickly veered into ethnic name-calling,” LeMesurier wrote in Colgate University’s magazine.﻿

LeMesurier determined that “Dr. Ho Man Kwok” was actually Dr. Howard Steel, a Colgate alumnus and a former trustee of the school. When he was a young orthopedic surgeon in the 1960s, a colleague teased him that he was too stupid to be published in a journal as prestigious as The New England Journal of Medicine. At the time, Steel and his colleague would routinely eat at a Chinese restaurant, where they would overeat and drink too much beer. While this would inevitably leave them feeling sick, their escapades provided the inspiration for Steel to pen his letter to the medical journal.

“I’ll make it so obvious, they will know immediately [that the letter was fake],” said Steel. But despite multiple attempts to tell the journal that his letter was bogus, Steel was brushed off.

The public impression was set, and the food service industry still faces misconceptions about MSG. “To avoid any negativity, a lot of my friends who have Asian restaurants say, ‘We don’t put MSG in any of our food.’ And I think a lot of people appreciate that,” said William Lendway﻿, a chef and assistant professor at Johnson & Wales University in Providence, Rhode Island, a school whose specialized degrees include culinary arts and food safety.

Can MSG make you sick?

Although the FDA has received reports from individuals who have experienced headaches and nausea after eating MSG, the agency considers the ingredient to be “generally recognized as safe.”

In the 1990s, the FDA asked an independent scientific group, the Federation of American Societies for Experimental Biology, to examine the safety of MSG. While the study concluded that MSG was safe, it identified some mild, short-term symptoms, including headache, numbness, flushing, tingling, palpitations and drowsiness.

Study participants who reported a sensitivity to the MSG consumed at least 3 grams of the ingredient without any food. Meanwhile, a serving of food with added MSG typically contains 0.5 grams. So the likelihood of consuming more than 3 grams of the additive is low, the FDA said.

Robyn Goldberg, a registered dietitian nutritionist based in Los Angeles, has routine migraine headaches that she said can flare up after eating MSG. “I get flashing squiggly lines that alter my vision,” she said. “But there’s illnesses that are not proven to be from MSG — whether it’s mobility issues, heart attacks or tumors.” ﻿

﻿Those who feel mild symptoms from MSG do not require treatment and should not be concerned about lasting problems, according to the National Institutes of Health.

Generally, as we age our bodies develop more food sensitivities, said Goldberg. But there haven’t been any scientific studies that examine the relationship between MSG and aging.﻿

“Since the research is inconclusive, I believe that MSG should be safe for most people,” said Lendway. “If somebody discovers that they have a sensitivity, that’s significant to them. And I, as a dietitian, would tell them to definitely avoid it if they feel like it’s causing a problem.” 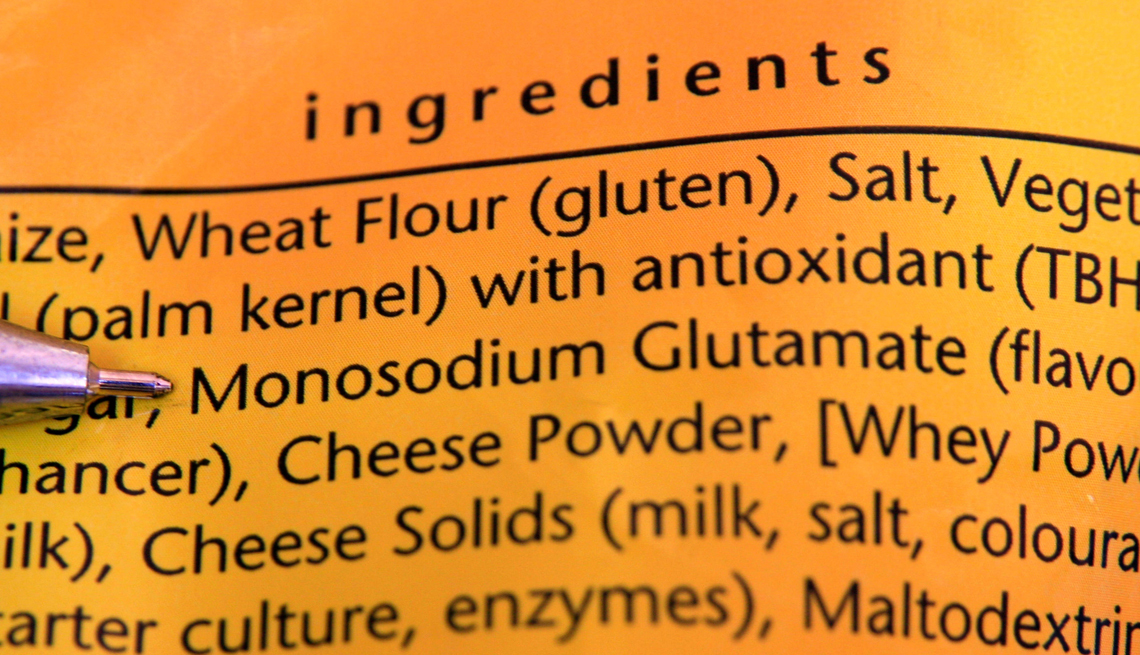 What other foods have MSG?

Outside of foods that naturally contain MSG, the ingredient is added to many processed foods, including canned goods, crackers, meats, salad dressings and frozen dinners. Any food with added MSG will have monosodium glutamate listed as an ingredient on its label, according to the FDA.

Some restaurants may utilize MSG in their dishes because it’s cost-effective, said Goldberg. It may even be added to salad bar ingredients or deli salads to delay the browning process.

“When you’re a food manufacturer or a chef, what really matters is the perception of the customer,” said Lendway “So if you’re putting something that you believe to be harmless into food but other﻿s believe to be harmful, that’s bad for business.”

How to cook with MSG

MSG is best utilized in meats, poultry, seafood, vegetables, soups, casseroles, egg dishes, gravies and sauces. When used as a surface seasoning, it can increase browning at high heat. Adding MSG to a soup or savory pastry can greatly elevate the food’s umami factor.

“It’s a way to reduce sodium, because you don’t need as much salt,” said Lendway. “But I don’t think anybody is really using MSG to reduce their sodium intake.”

The product is less effective in recipes that are already naturally rich in umami, including dishes that use aged cheeses, dried shiitake mushrooms, soy sauce, miso or aged sausages. With those recipes, adding MSG may actually detract from the balance of the dish.

Lendway advises home chefs who want to experiment with MSG to start by adding about a half teaspoon to a pound of meat or to an entrée that serves four to six people. In the end, how much MSG to use is a matter of personal preference.

9 tips to help you decide between olive, avocado, canola, coconut and other oils on grocery shelves

Load up on the guacamole, guilt﻿-free

Avocados Are Good for Your Heart