How to know if (still) feeling tired is a phase, a funk or something worse 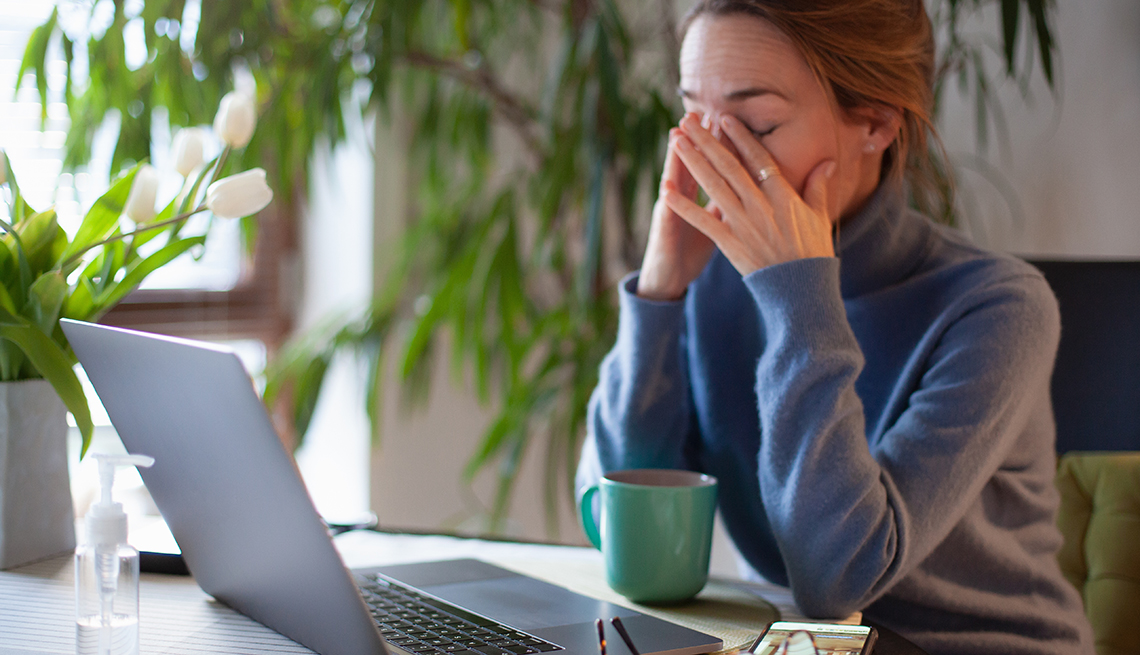 Feeling fatigued during what seems like a never-ending pandemic? Join the club. Whether you feel like you're languishing or just lacking the energy to head back to the office this fall, you may be one of many Americans who can't quite shake pandemic-related malaise.

"We're at home and we're stressed and the impact of that is to develop a sort of mental and emotional lethargy,” says Margaret Wehrenberg, a clinical psychologist in Saint Charles, Missouri, and author of Pandemic Anxiety: Fear, Stress, and Loss in Traumatic Times.

And yes, your pandemic habits can also play a role — especially if things like regular exercise or healthy eating went out the window sometime during the lockdown. “A lot of people who thought it was going to be a six- or 12-week thing let their diet go,” says Kathryn A. Boling, M.D., a primary care physician at Mercy Medical Center's Mercy Personal Physicians in Lutherville, Maryland. And instead of, say, going to work and hustling through a commute, “we just walk from the bedroom to the living room and sit in a chair most of the day, except for when we get up to snack.” A year of such habits has likely contributed to the general lassitude.

But if you're over 50 and worried that feeling worn out may just be your new normal, know this: Being tired is not a typical aspect of aging. At least it shouldn't be when you're in your 50s, 60s or 70s. “It does not have to be part of aging until you get pretty advanced,” Boling says. “If you're 90, you're more likely to run out of gas.”

Of course, fatigue can also result from many underlying physical and mental health issues, such as depression. Low energy and tiredness are indeed key features of this common mood disorder.

"One of the ways to tell if you're fatigued from depression, or not, is asking yourself if you feel motivated,” Boling says. “If the fatigue is more like, ‘I don't care. I don't want to do anything. I don't want to get up,’ or are you really wanting to do things, but you just feel physically tired?” If it's a “de-motivated” fatigue or you're feeling a sense of hopelessness along with the fatigue, she says, then you may be depressed.

"Traditionally we say depression is when people have what's called anhedonia, where the things that they used to do that gave them pleasure no longer give them pleasure,” adds George Abraham, M.D., president of the American College of Physicians. If that's the case, it's wise to see a doctor and weigh the options for treatment.

What else it could be — including, yes, your thyroid

Fatigue also frequently occurs with thyroid disorders, anemia, vitamin B12 deficiency (particularly in vegetarians), obstructive sleep apnea and as a result of hormonal imbalances, such as low testosterone in men, Abraham says. What's more, tiredness can linger for several weeks after any viral illness, including influenza, colds and COVID-19 itself.

When should you worry? “A good rule of thumb is persistence of symptoms,” Abraham says. If you're still having issues after a month or so, your doctor will want to examine you and run some tests.

Exhaustion accompanied by shortness of breath, sudden bruising or sudden coughing can signal a more urgent concern, such as heart disease or cancer, says Suzanne E. Salamon, M.D., a geriatrician at Beth Israel Deaconess Medical Center in Boston. For example, “If someone is really coughing excessively, then I would want to be sure it's not pneumonia, or if they were a past smoker to make sure that there's no evidence of cancer,” she says.

"Many times women don't have the same symptoms for heart attacks that men have,” adds Boling. “They don't necessarily have acute chest pain. Sometimes they only have overwhelming fatigue.” In cases like these, seek immediate help.

The obvious solutions: Stay away from processed foods, eat more vegetables, fruits and whole grains, and get some exercise, even if it's just a walk around the neighborhood. Sleep issues can of course similarly sap daytime energy, whether they're pandemic-related or from shifting hormones, particularly in women going through menopause. Unfortunately, Boling says, people don't often do what they need to prepare for a restful night, such as turning off electronic devices, covering up light sources and keeping TVs out of the bedroom.

It's worth trying these strategies and establishing a regular sleep routine, including time to wind down without stimulation before bed. FYI: A Northwestern University study found that “pink” noise (available on many sound machines and sleep apps) increased deep sleep in older adults.

If none of these work, give melatonin a try, Salamon advises. “I generally suggest starting with 1 milligram and taking it about an hour before bedtime to see if that helps,” she says. Patients can gradually increase the dose, if they need to, until they find their sweet spot.

Finally, don't overlook medications that can cause you to feel tired, such as antihistamines and antihistamine-based sleeping pills such as Advil PM, which are notorious for next-day grogginess. Others, such as beta-blockers for high blood pressure, some seizure medications and drugs for overactive bladder, can also make you feel frustratingly tired, says Salamon.

"If you've been taking something for a really long time and you've been okay on it, the likelihood that all of a sudden you develop fatigue is small,” Boling says. “So focus on any new medications.” Taking the offending drug at night is one work-around, but run it by your doctor first.

Thankfully for most of us, weariness may just mean that the pandemic wore us down. Can you shake it off if you put your mind to it? It can't hurt to try. Focus on being good to yourself, Wehrenberg suggests. Give yourself permission to take a nap, read a book, play pickleball or take a stroll with a friend.

And be patient — it might take some time to get your pre-COVID groove back. “Don't expect yourself to bounce back in a week,” she says. “It's probably going to take a month or two of good self-care to feel like you've rebounded.” 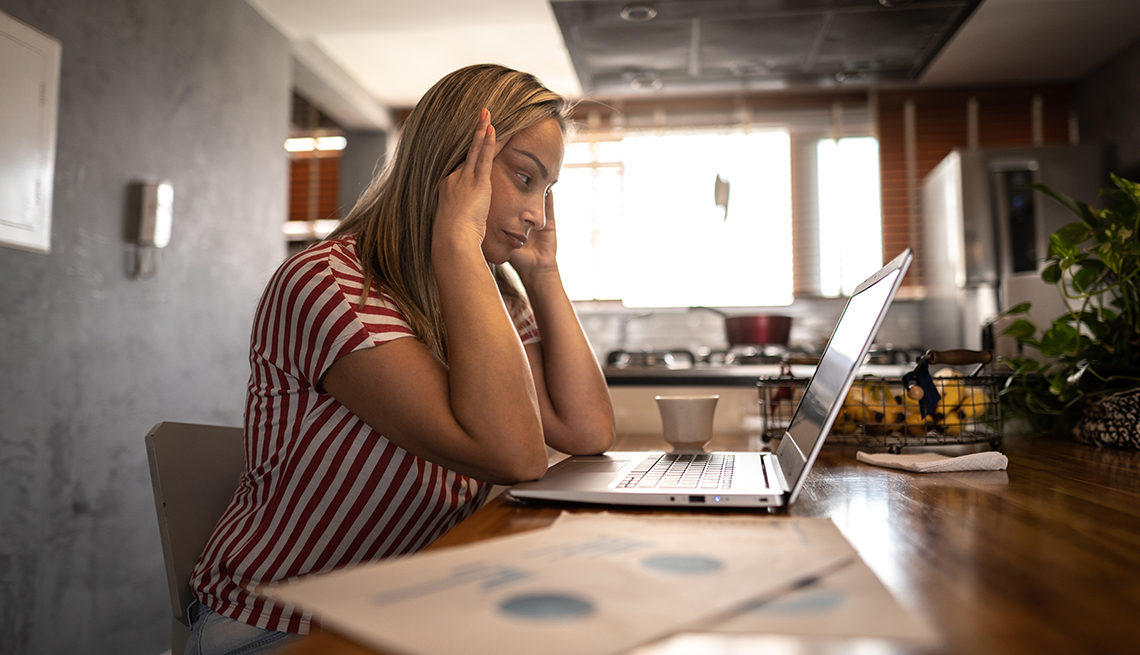 When Work-From-Home Burnout Doesn't Let Up

Expert advice for those experiencing exhaustion and stress 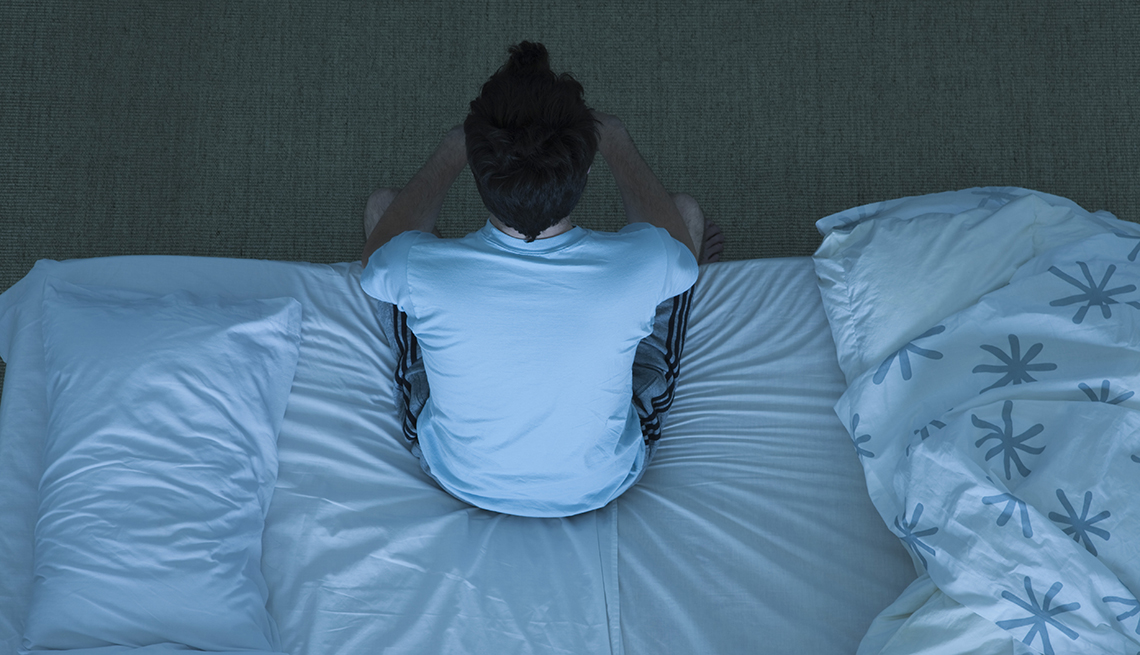 Why We're Still Struggling With Sleep

If the pandemic did a number on your slumber, you're not alone

How Pandemic Stress Can Hurt Your Health