Univisión's 'El Gordo' Is Fighting His Obesity to Keep His Health

Raúl de Molina survived kidney cancer at age 46, but his struggle with excess weight has been longer and not necessarily less difficult.

At the end of 2018, the host of Univisión's entertainment news show El Gordo y la Flaca — The Fattie and the Skinny — weighed 317 pounds. At his height, which the IMDB pegs at 5 feet, 8 inches tall, his body mass index (BMI) was 48, in the extremely obese category.

So he made the decision to enter a Miami-area rehabilitation center, not only to lose weight but also to take charge of his health and modify his eating habits. After seven weeks in which he followed a strict regimen that combined diet and exercise, he lost 40 pounds.

De Molina's fight against extra pounds is ongoing, he said in an exclusive interview with AARP en español earlier this summer. He entered the rehabilitation program again in June.

More than three years ago, he lost almost 50 pounds as a diet-drink spokesman. And a decade ago, he lost 90 pounds, thanks to a different popular diet, but gained much of the weight back.

At the start of summer, he weighed 274 pounds and wanted to lose more.

His biggest concern? “I am worried I may get diabetes,” said the host, who will start his 22nd year on El Gordo y la Flaca with flaca Lili Estefan in mid-September. It airs at 4 p.m. ET weekdays on Univisión.

More than 12 percent of Latino adults have been diagnosed with diabetes, according to the American Diabetes Association. But type 2 diabetes isn't de Molina's only risk.

High blood pressure, high cholesterol, heart disease, osteoarthritis and sleep apnea are among the other potential health problems for people with obesity, according to the federal Centers for Disease Control and Prevention.

However, at 60, de Molina considers himself “the happiest man in the world” after seeing that his new lifestyle has helped him continue to lose weight. “When you lose weight, you feel tremendously better,” he said. “Your life changes completely. With 40 or 50 pounds less, you are another person."

Why did you decide to check yourself into the center?

From September to December of last year, I traveled a lot, ate a lot and gained a lot of weight. My clothes did not fit. In January, I said: “Enough, this is it. I can't go on like this.” I was concerned that I did not look good. I was concerned because I did not want to be so heavy. I am a thin guy in a fat guy's body. That's when I went to the center. After leaving the center, I continued to lose weight. And when I got on the scale the next time, I had dropped 43 pounds. 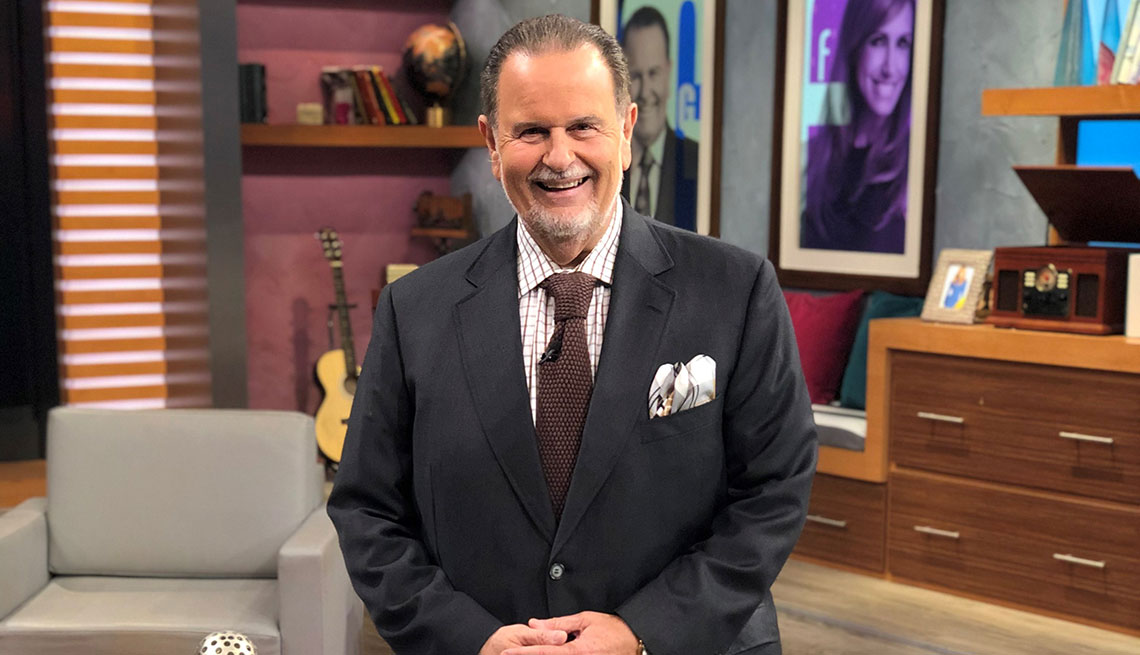 Even as a photographer 30 years ago, Raúl de Molina weighed more than 300 pounds. News reports in 2009 said the present-day Univisión host lost 60 to 90 pounds on an intense diet but did not mention his starting weight. What we know about the weight of “El Gordo” through the years:

How many more pounds do you want to lose?

My goal is to keep losing what I can, but it is hard because I live to eat. I like eating; eating makes me happy. When I was younger, I enjoyed making love better. Now, I still enjoy making love, but I like eating and drinking wine better. Who knows if I'll gain weight. But for now, I am happy.

What is the key to this diet?

[When I was at the center in the winter] I ate about 80 percent vegetables, very little meat, some chicken or fish, and exercised three to four hours a day. There's nothing better than that.

What has been the most difficult thing to give up?

Sweets and bread. I gave up sweets almost 99 percent. What I do is eat 80 percent cacao chocolate bars with little sugar and no sodium. I eat three or four little bits of those at night or in the morning, with coffee, and that helps me a lot [to control the cravings]. In the morning, my breakfast is oatmeal with a few berries. During lunch or when eating out, I try to avoid bread. All this has helped me maintain the weight.

It's a question of mind over matter, right?

Yes, it's all mental. Food gives you satisfaction when you eat a lot, but hours later you say: “Why did I do that?” The best thing you can do for yourself is not to eat so much. My problem is that I live to eat well. Some people don't care about what they eat. I do. If I have a bad meal, if I eat something I don't enjoy, like a hamburger or frozen french fries, that alone ruins my day. I have to eat good [healthy] food.

Did being overweight limit you? What things were you unable to do?

Being overweight did not prevent me from doing anything; however, now I walk better, eat better, exercise better. I'm trying to walk an hour and some every day. I walk up and down the stairs instead of using the elevator. I hope I don't gain back the weight.

How have you managed this process with your job on TV?

El Gordo y la Flaca has been on the air for 21 years, but I have been fat since I was 5 years old [in Cuba]. As a child, I loved going out to eat. I would be at school waiting for the weekend, so I could go out to restaurants with my mom. I was chubby as a boy, I was chubby later on, and then my weight really ballooned.  When the show started, I weighed 374 pounds. Now, I am 100 pounds lighter.

What would you have told the Raúl of 30 years ago about your experience today?

To watch what he ate. I used to eat a lot of meat and desserts. I would have told him not to eat so much dessert. When I was 7, my mother used to say: “Let the boy have another ice cream, let him have another custard. It doesn't matter, it's fine, he's growing up.” And look what happened to me — look how much I grew.

Managing Your Weight After 50

How can I lose a few pounds?