The NEAT Way to Improve Your Health

In a nutshell? Sit less to weigh less … and live longer, too 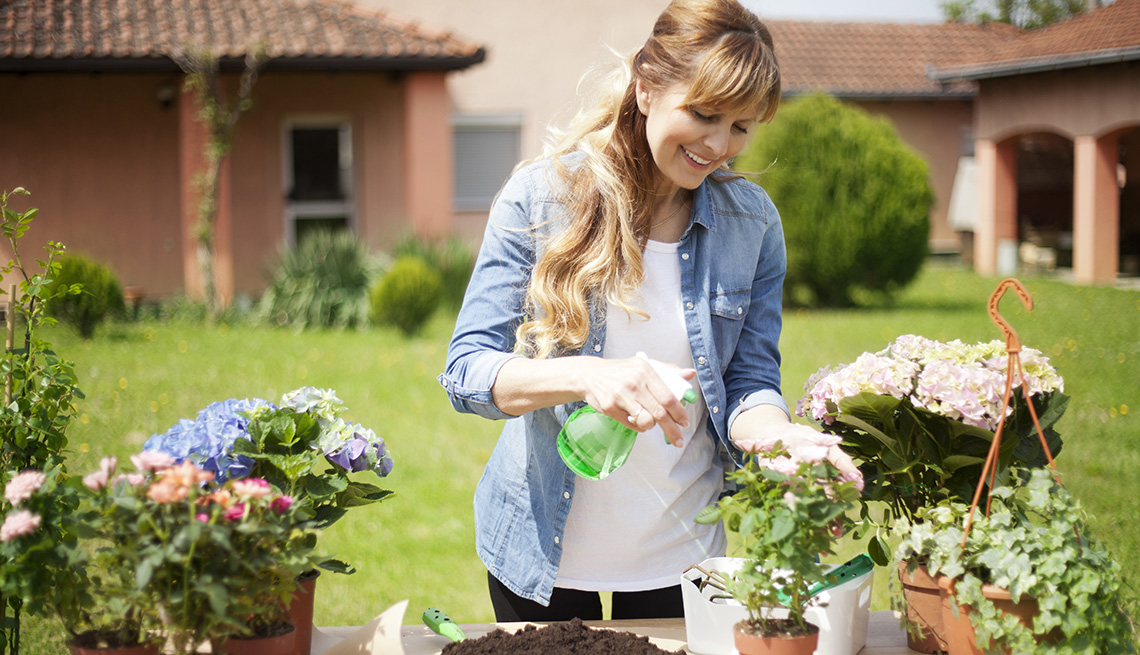 You're going to want to stand up as you read this. As you may have heard, sitting is pretty bad for us. What you might not know is how mounting research now shows that doing less of it — even if you have a regular workout routine — is an important factor in everything from keeping weight off to adding years to your life.

You might also be surprised to hear just how much the average person today takes a load off: nine to 10 hours a day, according to the National Institutes of Health. And while no one is mistaking sitting for a calorie burner, long periods of inactivity can cause more problems than just weight gain.

In adults over 45, a direct correlation has been found between overall sitting time and risk of early death. “Metabolic syndrome, poor blood sugar management, and type 2 diabetes are all related to large amounts of seated time, independent of how much someone exercises,” says Kelsey Graham, a professor in the Exercise Science Department of San Diego Mesa College and owner/founder of KBG Wellness.

Specifically, researchers are seeing higher levels of triglycerides, blood sugar and something called C-reactive protein, a marker for inflammation, in the blood of people who sit for long periods of time, explains Sabrena Jo, director of science and research content for the American Council on Exercise (ACE). “It's those heart health markers that are really concerning for people who are studying this.”

Also alarming? How quickly the damage starts happening. A study published in Diabetes, the journal of the American Diabetes Association, reveals that after just one day of inactivity, the cellular processes that break down dangerous fats in the blood start to slow down, therefore lowering HDL, the “good” cholesterol.

And your workouts alone aren't enough to counteract it. “Thirty- or 60-minute workouts can't make up for the long unbroken periods of sedentary activities in terms of cardiometabolic health,” says Jo, who concedes that accepting the fact that sweating it out isn't enough, after decades of being told it was, may require “quite a mental shift."

The new advice is partly driven by lifestyle changes. As commuting, computer and TV time have increased over the years, another type of movement, known as NEAT (non-exercise activity thermogenesis) has decreased.

NEAT is defined as everything we do that is not sleeping, eating or sports-like exercise, and it plays an important role in our health. According to research by endocrinologist James Levine, formerly of the Mayo Clinic, NEAT makes up the vast majority of our non-resting energy use, and the decline in NEAT may help to explain the obesity epidemic.

Levine's research found that sedentary obese people had an innate tendency to sit 2.5 hours longer per day than their leaner, but still sedentary, counterparts. Given that obesity was rare a century ago, and the human genotype has not changed over that time, he blames our “chair-enticing environment” for enabling that innate tendency and thereby making us overweight.

Research with real-world populations bears this out. “People living in Blue Zones, which are areas of the world with the highest concentration of centenarians, have high levels of NEAT but engage in low levels of structured exercise. This suggests regular light movement is just as important for health as regimented exercise,” says Graham.

While it is clear we all need to move more, no official public health recommendations yet exist for how much NEAT movement is optimal. Levine recommends adding in a total of 2 1/2 hours of standing and walking per day, while Jo suggests starting by standing up every 30 minutes and remaining standing for at least five minutes.

“The good news is it doesn't take much to see some real positive benefit,” she says. “Standing or walking or doing something very light will make marked improvement without having to undergo a real aggressive exercise training program."

Sitting Too Much May Be Bad for Your Memory

How to Make That Daily Walk Happen

Walking is terrific exercise — if you do it regularly. Here's how to make the habit stick