Smokers Better Off Quitting, Even With Weight Gain 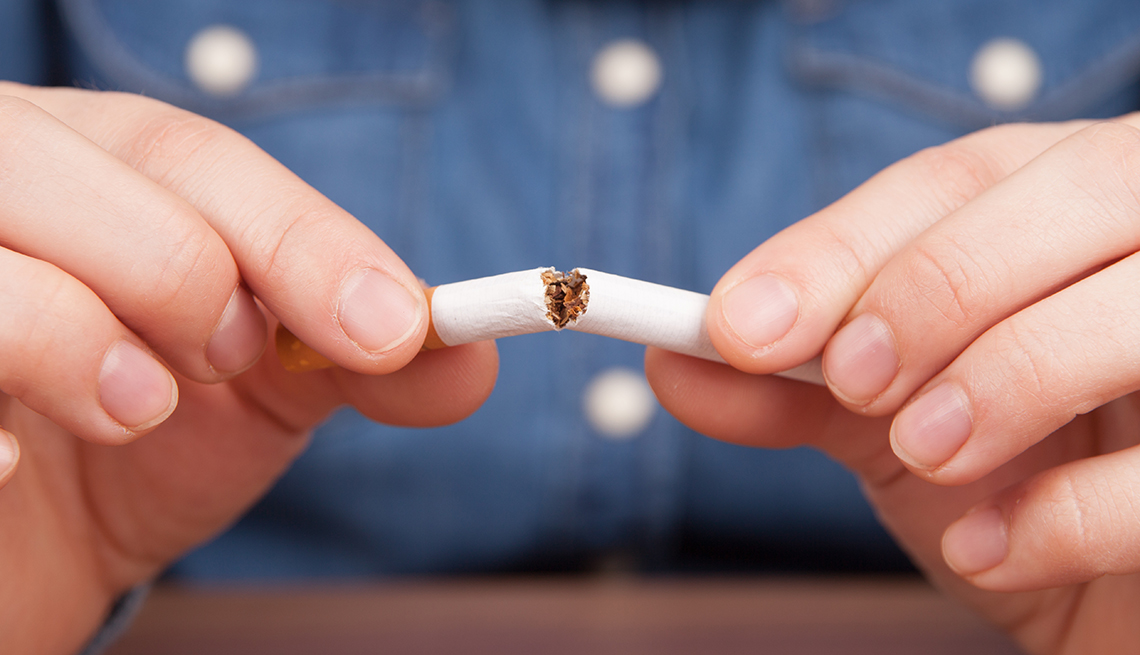 If you quit smoking and gain weight, it may seem like you're trading one set of health problems for another. But a new U.S. study finds you're still better off in the long run.

Compared with smokers, even the quitters who gained the most weight had at least a 50 percent lower risk of dying prematurely from heart disease and other causes, the Harvard-led study found.

"The study is impressive in its size and scope and should put to rest any myth that there are prohibitive weight-related health consequences to quitting cigarettes," said William Dietz, M.D., a public health expert at George Washington University.

"The paper makes pretty clear that your health improves, even if you gain weight," said Dietz, who was not involved in the research. "I don't think we knew that with the assurance that this paper provides."

The New England Journal of Medicine published the study Wednesday. The journal also published a Swedish study that found quitting smoking seems to be the best thing diabetics can do to cut their risk of dying prematurely.

The nicotine in cigarettes can suppress appetite and boost metabolism. Many smokers who quit and don't step up their exercise find they eat more and gain weight — typically less than 10 pounds (4.5 kilograms), but in some cases three times that much.

A large weight gain is a cause of the most common form of diabetes, a disease in which blood sugar levels are higher than normal. Diabetes can lead to problems including blindness, nerve damage, heart and kidney disease and poor blood flow to the legs and feet.

In the U.S. study, researchers tracked more than 170,000 men and women over roughly 20 years, looking at what they said in health questionnaires given every two years.

The people enrolled in the studies were all health professionals and did not mirror current smokers in the general population, who are disproportionately low-income, less-educated and more likely to smoke heavily.

The researchers checked which study participants quit smoking and followed whether they gained weight and developed diabetes, heart disease or other conditions.

Quitters saw their risk of diabetes increase by 22 percent in the six years after they kicked the habit. An editorial in the journal characterized it as "a mild elevation" in the diabetes risk.

"Studies previously showed that people who quit have an elevated risk of developing diabetes," said Qi Sun, M.D., one the study's authors. He is a researcher at the Harvard-affiliated Brigham and Women's Hospital. "But that risk doesn't endure, and it never leads to a higher premature death rate than what smokers face," he said.

"Regardless of the amount of weight gain, quitters always have a lower risk of dying prematurely," Sun said.