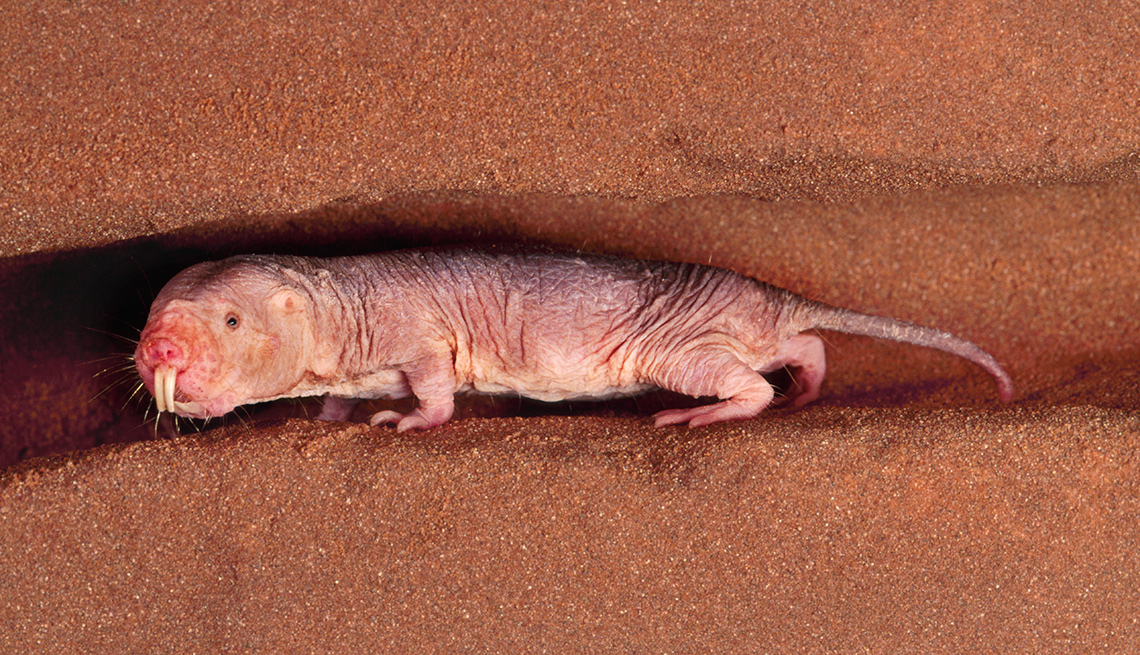 Other rats live to about age 6, but naked mole rats often live past age 30 and remain capable of reproducing up until the time they die.
Frans Lanting/Mint Images/Getty Images
By:

The naked mole rat is nearly hairless, lives underground, has big front teeth and is ... well, some might find it adorably ugly. And new research suggests it also defies a broad mortality “law” of science.

That’s the conclusion of a paper published recently in the life and biomedical science journal eLife. The paper looked at data involving the lives of thousands of naked mole rats and reached a remarkable conclusion: Unlike every other known mammal (including humans), their risk of death does not appear to go up with age.

The finding is in defiance of what scientists call Gompertz’s law, which states that the risk of death grows exponentially after mammals reach sexual maturity. For example, in humans, the risk of death doubles every eight years after age 30.

Not so for the naked mole rat. Other rats live to about age 6, but naked mole rats often live past 30 and remain capable of reproducing up until the time they die, the researchers noted. The mole rats also rarely suffer from cancer and show few other signs of aging.

“This absence of hazard increase with age, in defiance of Gompertz’s law, uniquely identifies the naked mole rat as a nonaging mammal, confirming its status as an exceptional model for biogerontology,” the researchers wrote.

In other words, the animals should be excellent models for studying the aging process — ideally leading to insights into what can be done about it.

“This life-history trend is unprecedented for mammals,” the researchers noted.

The researchers, from Google-backed Calico Life Sciences, urged further study and cautioned against reading too much into their work at this point. They used more than 3,000 data points gathered over 35 years to analyze the lives of the animals.

Whether this will lead to discoveries that could be applied to humans is speculative for now, but the research still has the attention of scientists.

“To me, this is the most exciting data I’ve ever gotten,” comparative biologist Rochelle Buffenstein told the magazine Science. “It goes against everything we know in terms of mammalian biology.”