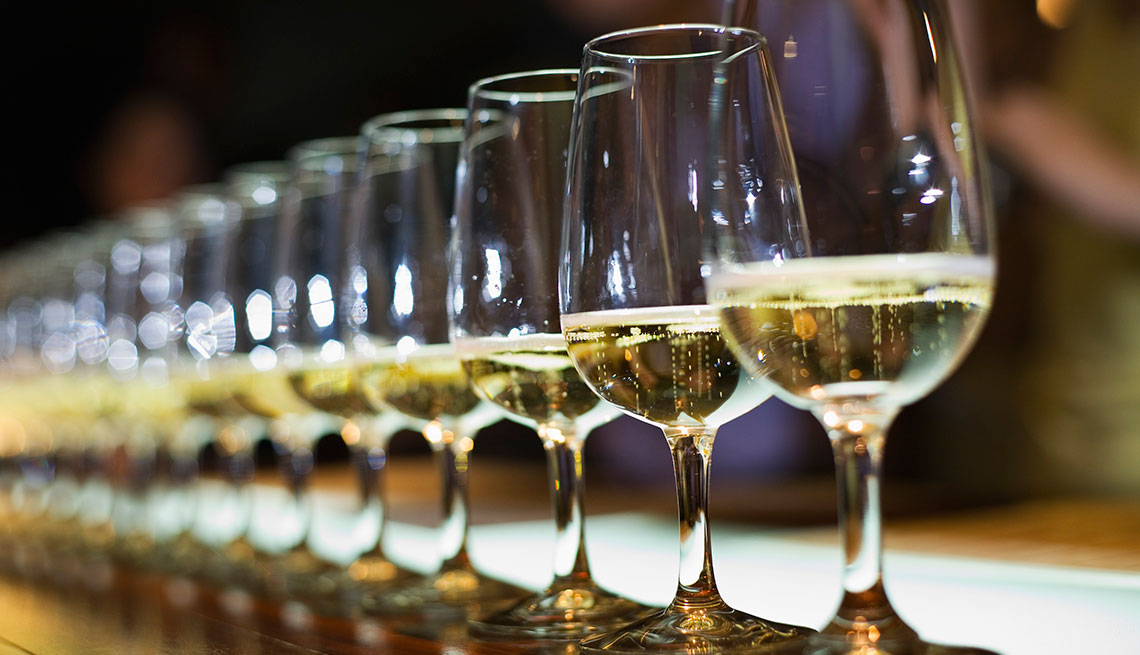 The less you drink, the smaller your chance of dying from things like stroke or heart failure, according to new research.

En español | A major new study just published in the medical journal the Lancet may bring some backwash to your glass of merlot; it found that drinking more than five glasses of wine or beer a week can lower your lifespan as much as smoking.

For example, drinking about three instead of two glasses of wine or beer a night lowered the life expectancy of a 40-year-old by two years, roughly the same effect as a daily cigarette. As one of the researchers pointed out in releasing the results, this means you should look at each extra pint or pour as costing about 15 minutes of your life.

The analysis, by the University of Cambridge, also offered what looks like a critical qualification to the long-held advice to drink a glass of red wine daily to protect your heart. Looking at 83 studies from 19 high-income countries combining data on nearly 600,000 drinkers  — none of whom had cardiovascular disease at the start of the tracking — the researchers found that sipping at the recommended level of no more than five glasses of wine a week did offer protection against heart attacks. But even small amounts above that threshold set off an avalanche of cardiovascular risks, including the risk of death from stroke, coronary disease beyond heart attack, heart failure, fatal hypertensive disease and fatal aortic aneurysm.

Along with stressing that more drinking led to greater cardiovascular disease risk, the researchers pointed out in their conclusion that, with the exception of heart attack risk, “there were no clear risk thresholds below which lower alcohol consumption stopped being associated with lower disease risk.” That is, the less you drank, the smaller your chance of dying from things like stroke or heart failure.

Researchers also noted that one purpose in designing their very large study was to compare the drinking guidelines recommended by different countries. While their results focused on the risks that come from going beyond the equivalent of five glasses of wine a week, the standards for what qualifies as “moderate” drinking in the U.S., according to the Centers for Disease Control and Prevention, are up to seven drinks a week for women and up to 14 drinks a week for men.