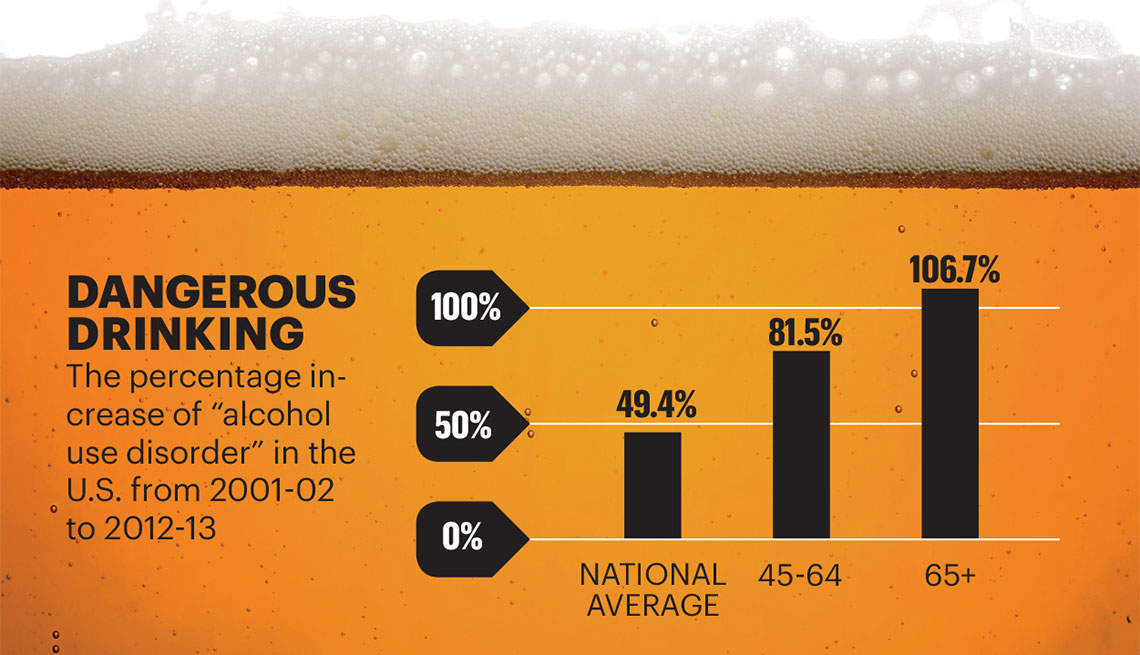 Alcohol consumption is high among boomers

Adult drinking in the U.S. has become a "public health crisis" in the past decade, with the steepest rise among those 65 and older, according to a recent federal study.

The increase in alcohol use, in high-risk drinking behavior and in alcohol abuse and dependence for those 65-plus was at least double that of the general population, said the study, published in JAMA Psychiatry and sponsored in part by the National Institute on Alcohol Abuse and Alcoholism (NIAAA). It compared drinking levels in 2001 to 2002 with those in 2012 to 2013.

The increases were substantial and unprecedented relative to earlier surveys, the JAMA Psychiatry article said. One of the most troubling findings was a 107 percent increase in the number of adults 65 and over with alcohol use disorder, which as defined by the NIAAA is often characterized by compulsive alcohol use and a negative emotional state when not using alcohol. "Even as an expert in the field, it shocked me," said Brenda Iliff, executive director of the Hazelden alcohol and drug treatment facility in Florida.

"Even as an expert in the field, it shocked me"

The study didn't look at causes of the increase. But experts cited the aging of boomers as one possible factor. Boomers had higher levels of drinking and drug use. "They're bringing this along," said NIAAA Director George F. Koob. Another possible factor: recent economic stresses on older Americans. "The 2008 recession had a toll on the most vulnerable," said Bridget Grant, the lead author of the study.

Richard Grucza, an epidemiologist at Washington University School of Medicine in St. Louis, challenged the findings, saying changes in methods mean "you can't really compare the results." But Koob stood by the study, saying the results for older Americans were consistent with other research.