Analysis touts virtues of fish, fruits, veggies, nuts — and a bit of wine 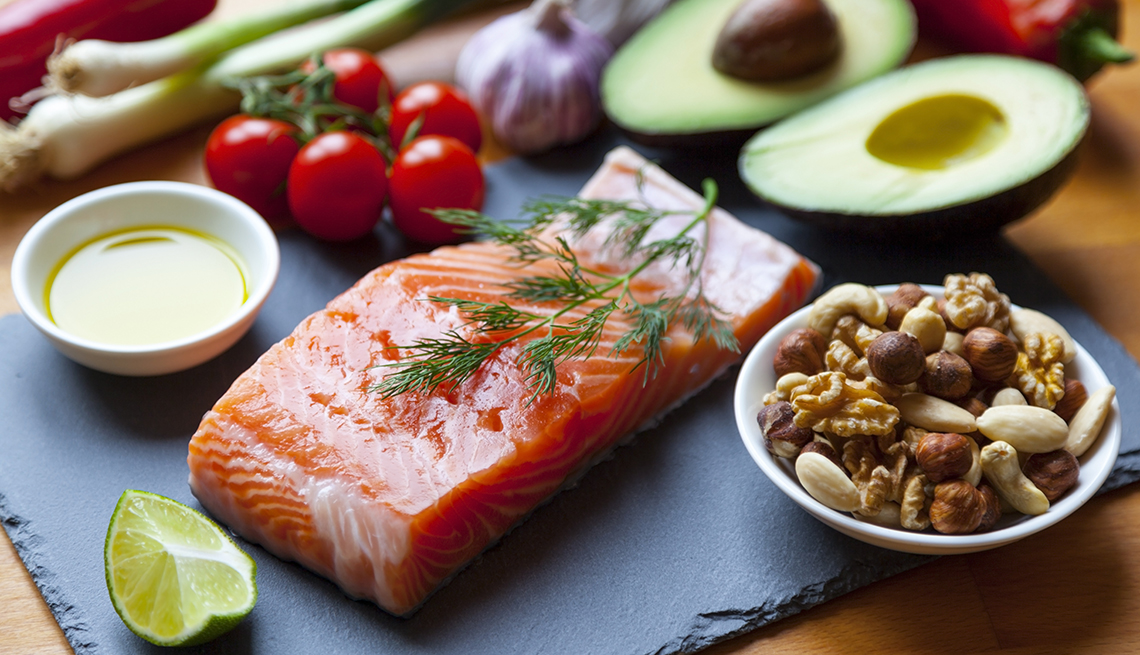 Once again, your mother was right. You really do need to eat your vegetables. And while you are at it, put down the bacon and pick up the olive oil, because new research supports the contention that switching to a Mediterranean diet could significantly decrease the risk of heart disease.

According to a study published in JAMA Network Open, people who followed this type of diet had 25 percent less risk of developing cardiovascular disease over the course of 12 years.

The diet’s components make sense to anyone who follows nutrition news. Avoid red meat in favor of “good” fats in fish and poultry. Swap out salt for herbs and spices. Ditch butter and margarine and opt for olive oil instead. Most important, eat a lot of fruits and vegetables. Nuts are good, so are whole grains. And, every once in a while, have a glass of red wine.

Since the 1950s, researchers have pointed out this diet’s possible cardiovascular benefits. More recently, it has been credited with addressing any number of ills, including Alzheimer’s disease and asthma .

Researchers in the latest study followed more than 25,000 women who were part of the Women’s Health Study, a survey of female health professionals older than 45.

A research team led by Shafqat Ahmad of Brigham and Women’s Hospital used a panel of nine biomarkers in blood tests to isolate exactly why the diet reduces heart disease. The three biggest biological mechanisms were changes in inflammation, blood sugar and body mass index.

“There’s a lot of noise out there, but the signal that’s been out there the longest is this kind of plant-based diet is the best,” said cardiologist Andrew Freeman, director of cardiovascular prevention and wellness at National Jewish Health hospital in Denver. He wasn’t involved in the study but has been recommending a Mediterranean diet, or a similar version of it that emphasizes vegetables and fruit.

He acknowledged the volume of competing nutritional information swirling around the airwaves and the internet, which amounts to “a whole lot of hype” that makes healthy eating habits a difficult regimen for many consumers.

And doctors often don’t have clear information, either. “The vast majority of cardiologists and health providers in general have very little nutrition training,” Freeman said.

He switched to a mostly plant-based diet after his residency, and lost 35 pounds. He now recommends this approach to his patients, too. He said he has seen his patients’ conditions — heart disease, high blood pressure and diabetes — improve.

“Nutrition and lifestyle medicine is the place where there’s a chance of a cure,” Freeman said.