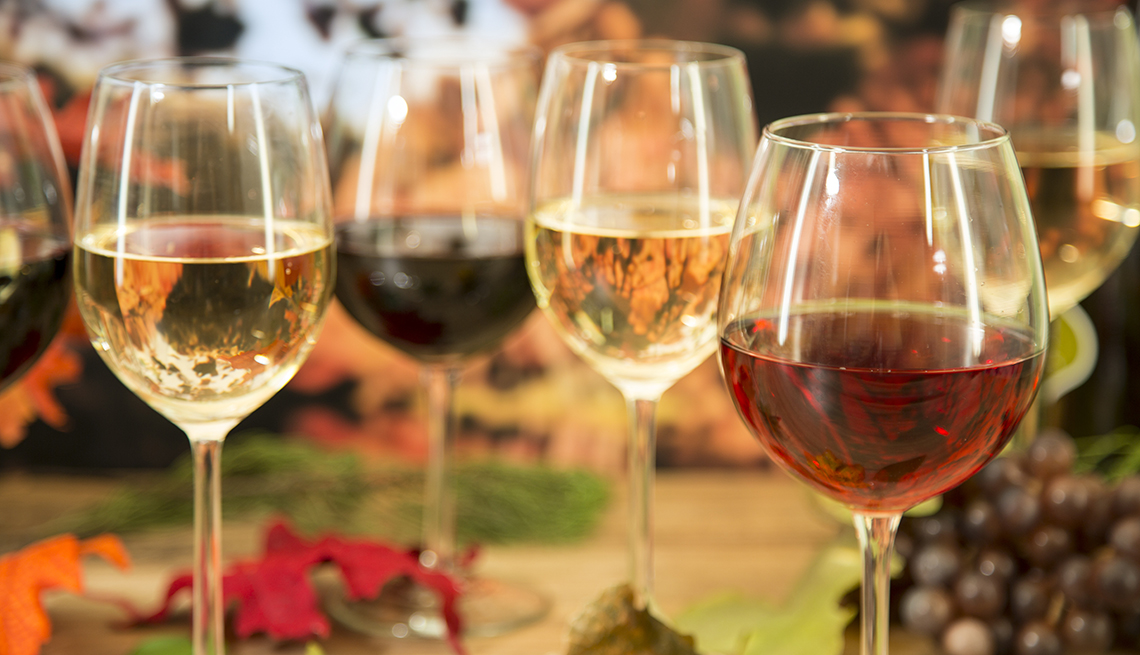 If you’re like most Americans, you probably don’t think twice about enjoying a big glass (or two) of wine with your dinner every night or settling into your favorite armchair with a Scotch every evening. After all, studies have shown that an occasional cocktail is actually good for you, right?

Unfortunately, a raft of new research appears to burst that big champagne bubble. Not only do these headline-making studies put a big question mark next to the idea that drinking wine helps your heart, they also take aim at moderate drinking in particular, showing that drinking too much for your health might be drinking what seems to you like not that much at all.

One of the big pieces of research that’s driving home this point was published last month in the Lancet. It was notable because it combined almost 600 studies on how much people drank across the globe and what the effects were on their health. The big takeaway from it was that worldwide, drinking — and not only heavy drinking— was linked to deaths from not only car accidents and liver disease but also cancer, tuberculosis and heart disease.

Some researchers suggested that you can’t compare the results of drinking across countries where the top risks of death vary widely (in some places, TB; in the U.S., heart disease.) Still, the study, and others like it, cast doubt on the idea of the protective health benefits of a glass of red wine, something that’s been held as true since the 1980s, when researchers began exploring the “French paradox” to try to figure out why the country had such low rates of heart disease despite a diet high in saturated fat. They quickly decided it was thanks to drinking copious amounts of red wine, which contains heart-healthy antioxidants such as resveratrol, procyanidins and quercetin. Studies began to show drinking vino correlated with lower rates of death from heart disease; in an even happier twist, research showed other types of alcohol, like beer and liquor, bestowed cardiovascular benefits.

But more recent studies have told a different story about liquor as heart health elixir. A University of Cambridge analysis published earlier this year, for example, looked at almost 600,000 drinkers and found that sipping more than five alcoholic drinks a week raised risk of dying from ... heart disease. (It also found that people who consumed more than 10 drinks per week had one to two years’ shorter life expectancy overall, while those who downed at least 18 shaved four to five years off their life.) Other research has actually found the people who have a genetic variant that suppresses the desire to drink alcohol have a lower risk of developing heart disease. “Those studies poke holes in the belief that alcohol is protective against developing heart disease,” says Dariush Mozaffarian, a cardiologist and dean of the Friedman School of Nutrition Science and Policy at Tufts University.

Still, other experts say you don’t need to toss your nightcap out just yet. “I don’t think this analysis should change conclusions or recommendations about moderate alcohol consumption,” says Walter Willett, M.D., professor of epidemiology and nutrition at Harvard T.H. Chan School of Public Health. “It’s important to keep this in perspective — the risks from just one drink a day are much smaller than those of smoking or being obese.” While he believes the current recommended limit of one drink a day for women and two for men are reasonable, “this does need to be considered on an individual basis with your health care provider,” he says. A young, healthy woman with a family history of breast cancer, for example, may want to avoid alcohol entirely, since even small amounts slightly raise cancer risk. But for most older adults, moderate drinking is not off the table, provided you follow these four caveats:

According to the federal government, that’s defined as no more than a drink a day for women and two drinks a day for men. But it’s also important to get a clear picture of what a drink is. “So many people whip out a gigantic wine glass and fill it to the top with their favorite merlot — that’s not one drink, that’s two to four,” says Mozaffarian. A standard drink consists of either 12 ounces of beer, 5 ounces of wine, 1.5 ounces of distilled spirits such as vodka or whiskey, or 8-9 ounces of malt liquor. If you’re in doubt, you can always measure it out. “At this level, risk for health problems is minimal,” says Michael Hochman, M.D., director of the Gehr Family Center for Health Systems Science at the Keck School of Medicine at the University of Southern California. The Lancet analysis found only a .5 percent higher risk of developing an alcohol-related health problem among those who consume only a drink per day.

You may wonder if you’re in the “safe” zone because you drink only two to three times a week, but have multiple drinks each time. You’re not. This type of drinking puts stress on your liver, can increase your blood pressure, and increases your risk of doing something reckless, like driving drunk. Even if you drink wine only twice a week, stay within the daily recommended limits. “As you get older, you’re more susceptible to the effects of alcohol, because your body loses its ability to metabolize it as efficiently — so as a result, you’re more likely to feel its effects,” adds Hochman. This in turn can set you up for things such as falls.

The older you are, the more likely you are to develop fatty liver disease, a condition where too much fat is stored in your liver cells, says Jamile Wakim-Fleming, a gastroenterologist specializing in liver disease at the Cleveland Clinic. Doctors often order liver function tests as part of your regular checkup, especially if you’re on medications that can affect your liver function, such as statins. If your most recent blood work has shown elevations in liver enzymes such as alanine transaminase (ALT), aspartate transaminase (AST) or alkaline phosphatase (ALP), you should avoid alcohol completely.

If you’ve had your nightly martini ritual for the last 30 years, it’s fine to continue it, but don’t start drinking because you think it’s good for you. “There’s never been a guideline issued by groups such as the American Heart Association or the U.S. Dietary Guidelines recommending alcohol; the language has always been, if you do drink, do it in moderation,” says Mozaffarian.