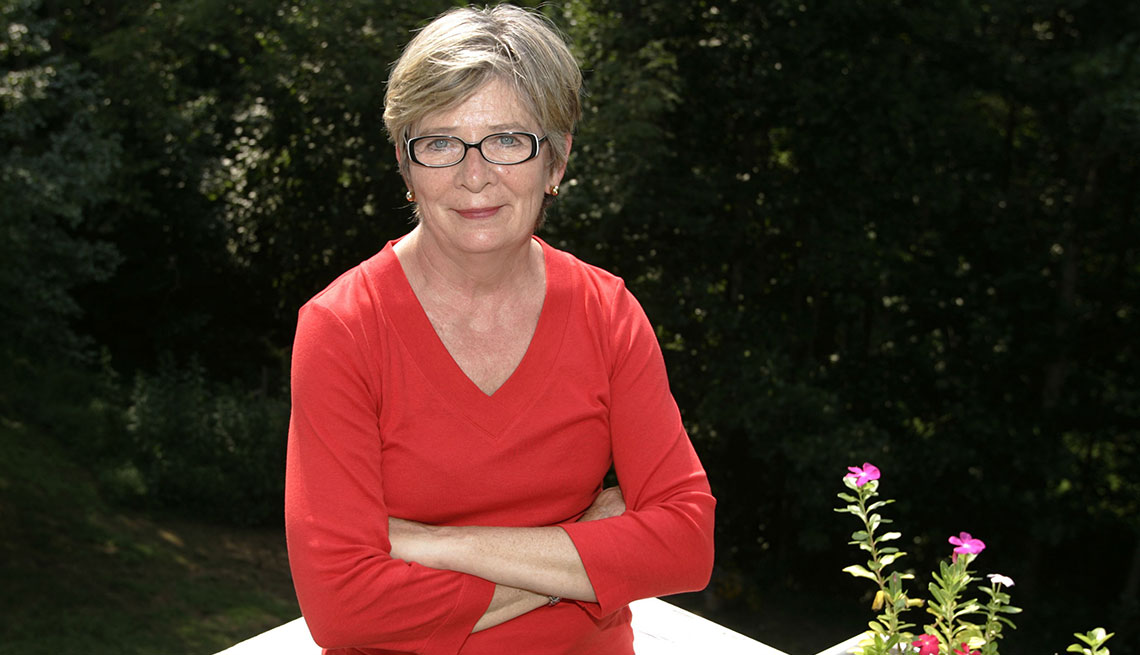 Barbara Ehrenreich on enjoying life as much as possible.

For her best-selling book, Nickel and Dimed: On (Not) Getting By in America, Barbara Ehrenreich, now 76, went undercover as a low-wage waitress to report on the nation’s working poor. In her newly released Natural Causes: An Epidemic of Wellness, the Certainty of Dying and Killing Ourselves to Live Longer, the author employs her crusading spirit and caustic wit to argue that aging is too often treated as a disease instead of a normal life stage. Railing against gratuitous medical tests and “age defying and reversing” beauty products, she urges her readers to accept mortality ... and enjoy life as much as possible.

In Natural Causes, you criticize the idea of "successful aging.” Why?

There are tons of books about it now. My favorite is Younger Next Year. It says, and I’m paraphrasing, You have to go to the gym six days a week, no excuses, until you die. I personally like going to the gym, but I don’t like people to be told they have to do more and more as they get older and older.

You go to the gym almost every day though, right?

When I can. If I can’t, I take a walk. I go because it makes me feel so much better. But my back really got wrecked from overdoing it. There isn’t enough guidance on how to adapt your workouts appropriately as you age.

You criticize some preventive medical screenings as unnecessary. As consumers, how do we decide?

I have a skeptical mind, so I Google each test presented to me by my doctors, along with the word “controversy” or the phrase “evidence-based.”  So I could immediately tune in to the discussion of how useful this test is. For example, the annual physical: That’s been pretty much denounced [by some] within the medical profession as a mere ritual that does not lead to longer lives. So I stopped doing it years ago.

I gather you believe we can’t always be held responsible for every aspect of our own health.

There are some things we can control: I don’t do well if I eat sweets — I know what the consequences are, and I don’t eat them. But it’s not all in our control.

Yet you do indulge some of your vices, like butter and wine.

Nobody can take those away from me! I’m often criticized by friends for, like, buttering bread. How can you do that? You’re going to eat that? Yes! One of the reasons for eating is to enjoy it! I refuse to see old age or middle age as a time when you should be depriving yourself.

Do you remember what you had for dinner last night?

Actually, I do, and it was pretty healthy. It was some kind of shrimp salad; nothing to be embarrassed about. Oh, and I did have a little beef.

What can we do in our later years to avoid focusing on ourselves in what you see as a negative, or unproductive way?

Have some things that are very important to you, preferably that involve other people. For me, it’s working for social justice — especially trying to deal with economic inequality. That’s what I’m doing as well as being a family member and helping take care of my grandkids.

You write that we need to do a better job of coming to terms with death. How?

The first part is being able to talk about it. You can’t really talk about it very easily in our culture. If it happens to all of us, why is it such a terrible secret?

And beyond that? You talk in the book about the importance of being part of something that will go on without you ...

I’ve been involved all my life in feminism. Now I see younger people getting involved too. I know the movement will go on without me. It will be in very good hands. And my personal death will be a little blip.

What would you consider a good death?

For me personally, it would be outdoors, in the middle of some adventure … I’ve had some near-death experiences kayaking for example, and I think that would be the way to go!