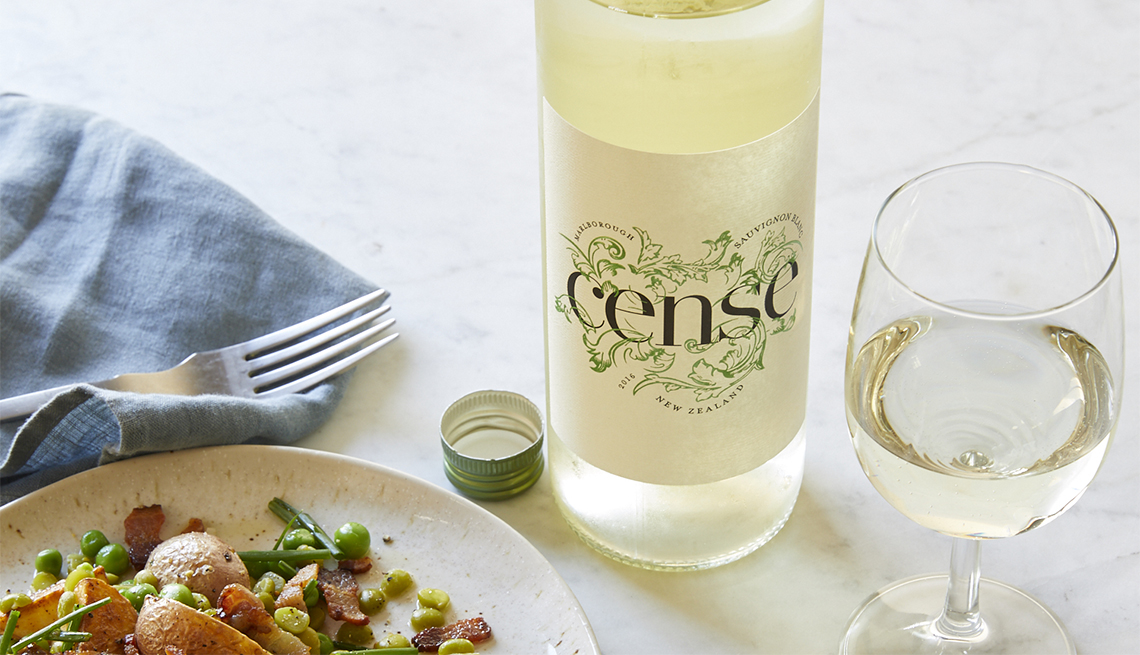 Some may call it a Christmas miracle. Just in time for the holidays, Weight Watchers is rolling out a line of diet wine called Cense in collaboration with Truett-Hurst Winery of California. The first offering: a 2016 Cense sauvignon blanc from New Zealand that has only 85 calories per glass, compared with 120 calories for other white wines. Next up: a rosé.

Weight Watchers assigns a value, called SmartPoints (based on calories, saturated fat, sugar and protein), to foods and instructs members to lose weight by keeping track and limiting the number they consume. The diet white wine has fewer points for the same 5-ounce serving, according to Weight Watchers.

By drinking an average 5-ounce glass of white wine, members rack up four SmartPoints. With Cense, it’s only three.

They also consume less alcohol. Cense has an alcohol content of 9.6 percent, whereas the typical sauvignon blanc has around 11 to 13 percent.

“We’re not about diet. We’re about living life to its fullest,” he said, according to USA Today. “Wine is the No. 2 tracked beverage in our app. We know members are enjoying wine. Sometimes, maybe too much,” he added.

But is the new low-calorie wine actually, well, good? Following a taste test, the Insider lifestyle website reported that the wine was “surprisingly drinkable.”

“We were expecting a cheap, boxed-wine flavor or the strong aftertaste that some other diet liquors tend to have, but instead got a nice and fruity flavor profile,” the site said.

Weight Watchers isn’t the only company to launch low-calorie alcoholic beverages. Light beers, of course, made a splash in the 1970s and 1980s. And ready-to-drink Skinnygirl cocktails and wines have garnered an army of mostly female fans. But low-calorie wines have had a tougher time, often launching amid much fanfare, only to be discontinued a short time later. Skinnygirl offers a variety of wines that contain just 100 calories per 5 ounces, including a California white for $15, available at Target, Walmart and other retailers.

Weight Watchers is hoping Cense will be different. Currently, you can buy the product for $15 a bottle on Cense’s website (with a 20 percent discount and free shipping if you order in bulk) or at Kroger stores for $13.99 a bottle.