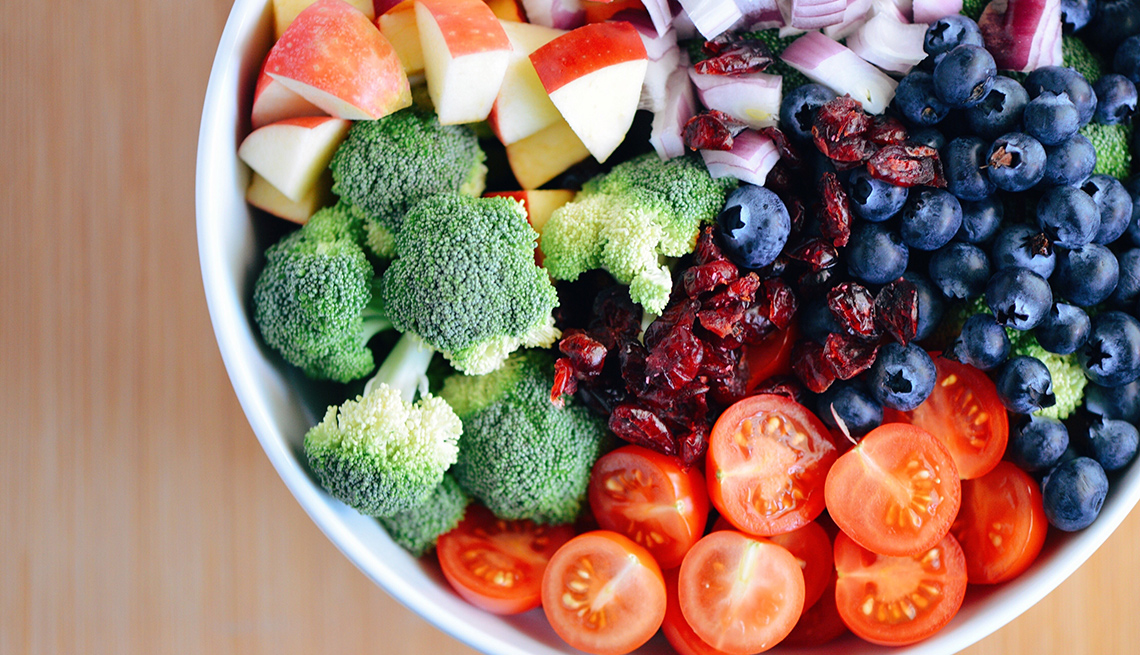 For adults the government recommends from 1.5 to 2 cups of fruits and 2 to 3 cups of vegetables per day.

By and large, we’re not eating our fruits and vegetables, though older adults are more likely to be doing the right thing, the government says.

In a nationwide analysis of fruit and vegetable consumption, the Centers for Disease Control and Prevention (CDC) found that 12 percent of adults consume the recommended daily amounts for fruit and 9 percent for vegetables. But when broken down by age, adults 51 and older generally do slightly better.

For adults, the government recommends from 1.5 to 2 cups of fruits and 2 to 3 cups of vegetables per day. Higher intake of fruits and vegetables is associated with reducing the risk of cardiovascular disease, type 2 diabetes, some cancers and obesity.

The CDC broke down its analysis by age, gender and state residency.

Women are also more likely to meet the standards: 15.1 percent of women, but only 9.2 percent of men, consume enough fruit; the figures for vegetables are 10.9 for women and 7.6 percent for men.

Among states, West Virginia had the lowest overall rate for fruit consumption, at 7.3 percent, while the District of Columbia topped the list at 15.5 percent. For vegetables, the lowest rate was again in West Virginia, at 5.8 percent, with Alaska ahead of all other states, recording a 15.0 percent rate.