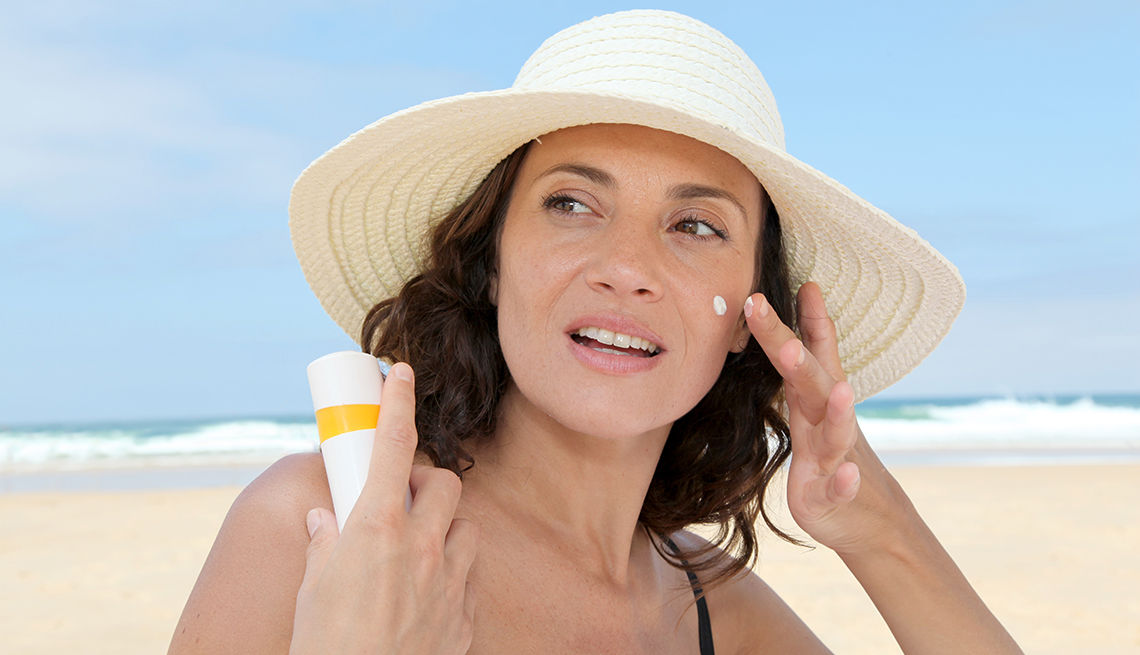 A recent study found that people left as much as 10 percent of their face exposed after applying sunscreen.

When it comes to proper sunscreen application, the most commonly neglected part of your body is as plain as the nose on your face. In fact, it is your face.

According to a recent British study from researchers at the University of Liverpool, people miss approximately 10 percent of their face when applying sunscreen. The most commonly missed area is around the eyes — specifically the eyelids, where as many as 10 percent of all skin cancers occur. In the study, 57 people were asked to apply sunscreen to their faces according to their normal routine. Researchers then used an ultraviolet camera to scan their faces to see which parts were adequately covered with sunscreen and which were not.

On average, the subjects left just under 10 percent of their face without protection, and 13.5 percent of their eyelid area unprotected. In addition to the eyelids, the most frequently missed spot was the inner eye corners. Fully 77 percent of those studied missed the area between the bridge of the nose and the eyes.

What's more, even after being informed of the results and asked to reapply sunscreen to their face, those surveyed still left nearly 8 percent of their face exposed.

“It's worrying that people find it so hard to sufficiently apply sunscreen to their face, an area which is particularly at risk of skin cancer due to the amount of sun exposure it receives," said Kevin Hamill, a researcher in the Liverpool study.

The reminder to carefully apply sunscreen to your face is especially important during the hot summer months. According to the American Cancer Society, skin cancer is the most common form of cancer in the United States. Skin cancer in its most common forms — basal and squamous cell carcinomas — most often appear on areas of the body that are frequently exposed to the sun, including your head, face and neck.

Doctors say the sensitive skin on the eyelids is particularly susceptible to skin cancer. It doesn't help that the directions on some bottles of sunscreen warn against applying to the eye area, or that many people find sunscreen dripping into their eyes on a hot, sweaty day to be a nuisance. In addition to ignoring any labels that recommend against applying sunscreen to your eye areas (slather away, docs say), physicians also say sunglasses offer valuable protection.

“Perhaps the most important thing to take away from this research is the importance of sunglasses," Hamill added. "Most people consider the point of sunglasses is to protect the eyes, specifically corneas, from UV damage, and to make it easier to see in bright sunlight. However, they do more than that; they protect the highly cancer prone eyelid skin, as well."