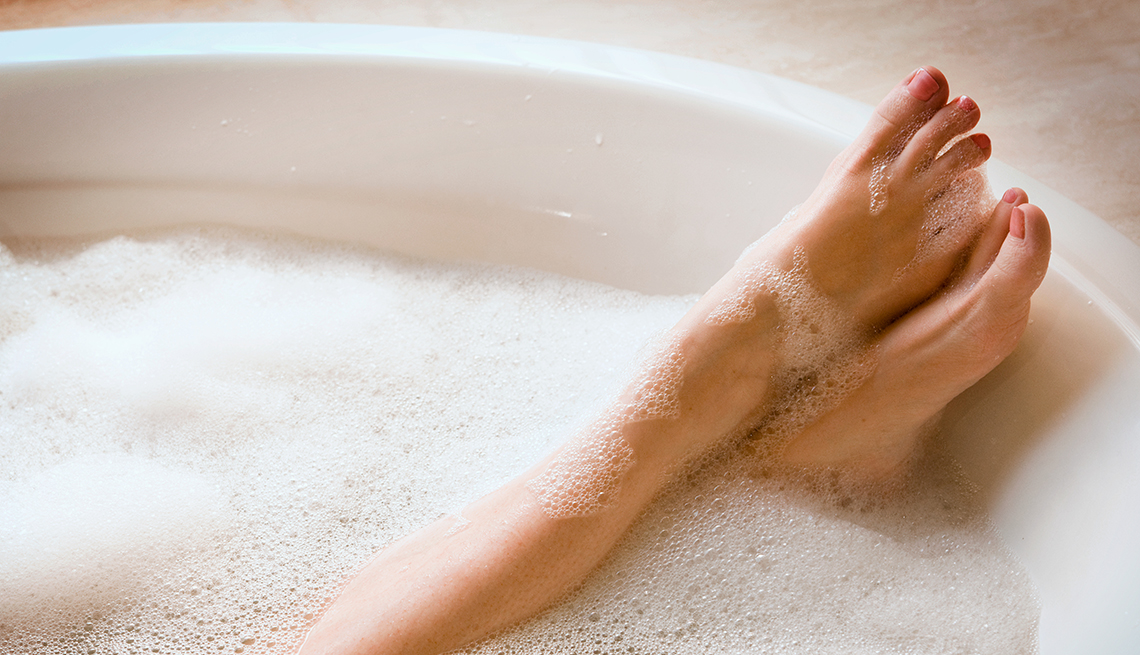 It sounds like a late-night infomercial pitch: “Now, you can burn calories while you sit in the bathtub!” However, according to a new study, this claim may have merit.

A recent small-sample study by Britain’s Loughborough University looked at the effects of a hot bath on energy expenditure and blood sugar control. Fourteen men were recruited to soak for an hour in a 104-degree bath, and cycle for an hour.

Cycling, as you might expect, burned more calories. However, bathing expended 140 calories — about the same as walking for half an hour. It also lowered peak blood sugar after eating by about 10 percent, the same as cycling.

The study, published this year, also suggests that hot baths and other forms of “passive heating,” such as saunas, may help reduce inflammation. That finding has been backed up recently in other, larger studies as well.

But a caveat: As The Atlantic noted shortly after the study came out, not all calories are created equal; 200 calories of spinach is a lot better for people than 200 calories of candy, and exercise has benefits beyond the obvious calorie numbers. "Calories lull us into this sort of complacent bartering. They give us a false sense of security that we can do damaging things so long as we zero out the balance," wrote James Hamblin, a senior editor for the magazine. "Though maybe that sort of belief system, however flawed, has a calming effect. Like a bath."