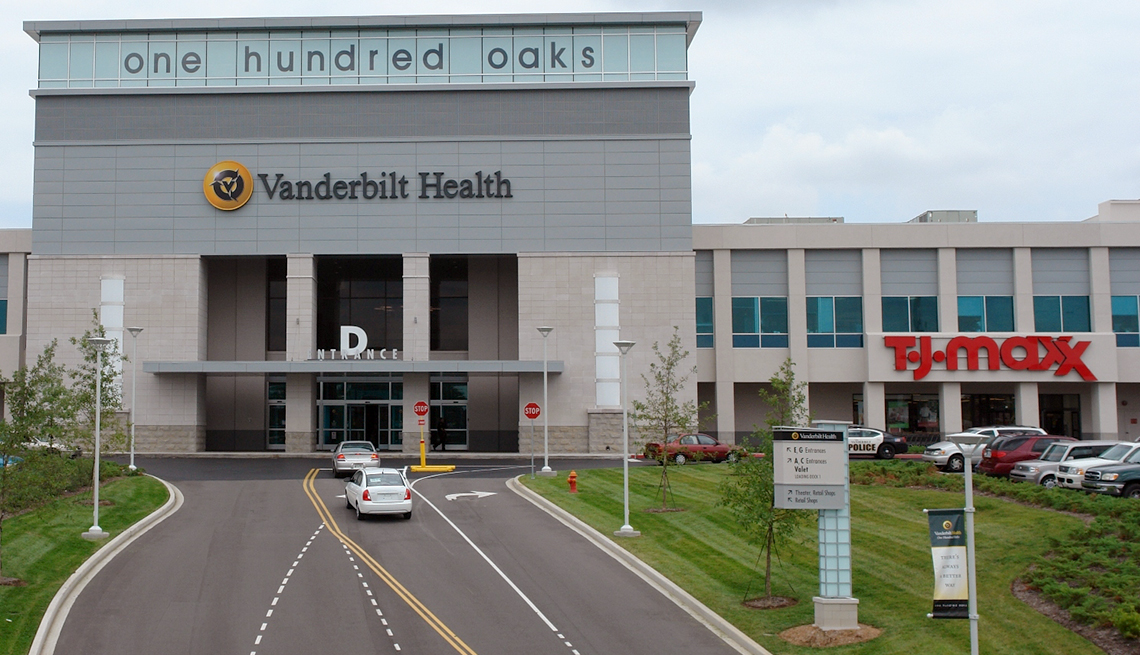 One Hundred Oaks Mall was failing before the Vanderbilt University Medical Center moved in.

The shopping mall, once a staple of American culture, has been on life support for decades. Malls have been razed across the country, and many of those that remain sit half-vacant or abandoned entirely, the stores that once filled them wiped out by the economic downturn or hobbled by consumers’ migration to online shopping.

Want proof? Visit deadmalls.com, a site dedicated to chronicling the downfall of the mall via sobering (and a little bit eerie) pictures of formerly thriving shopping centers now in decay.

Today, approximately 1,100 enclosed shopping malls remain, though analysts expect about 400 of those to shutter in the next few years. ,But according to a recent story in the Wall Street Journal, the malls that remain may find new life via an unlikely source: the medical industry. More and more malls are now being reborn as medical and healthcare centers. The most recent is the former Atrium Mall in Chestnut Hill, Mass. The Atrium, located just outside Boston, shuttered in 2013 after years of decline — at its closing, its occupancy rate hovered near an anemic 20 percent. Early this year, following a $100 million overhaul, the mall’s owner, Bulfinch Companies, reopened the space as the renamed Life Time Center, a gigantic fitness-centric facility, complete with gym, healthy eating options and doctor’s offices.

And in early June, the Life Time Center scored its highest profile new tenant yet, when the renowned Dana Farber Cancer Institute signed a deal to lease two floors of the building as a satellite center for their downtown location. When it opens at the facility in 2019, the new hospital “plans to host clinical trials, exams, infusions, and other services to newly diagnosed cancer patients,” according to the Boston Globe.

That’s a far cry from the food courts, stores and video arcades that once filled such spaces, and there have been reports that, in malls that have tried to mix traditional retailers with medical clinics and healthcare facilities, retailers have expressed concern that proximity to medical services may drive away potential customers. But the marriage makes sense: The malls need tenants, and the medical centers need space, which the malls can offer at attractive rental rates.

It’s not an entirely new concept —urgent care clinics have been popping up in malls for nearly 20 years, and medical mall makeover movement dates back nearly as far, to when the Jackson Medical Mall opened its doors in 1998. That mall is now home to the University of Mississippi Medical Center Cancer Institute. But the Journal notes the trend is picking up pace, as doctors and hospitals look to expand their offerings and seek out places that are convenient to patients and with ample parking spaces. Old malls both those specifications.

In Nashville, the Hundred Oaks Mall offers an example of success that places like the Life Time Center in Massachusetts hope to replicate. Hundred Oaks was failing when the Vanderbilt University Medical Center signed on as its anchor tenant in 2009 — today, the mall is at 98 percent occupancy, and Vanderbilt Health exists alongside tenants such as TJ Maxx and Chipotle.

“It’s a big part of demand growth for retail space,” Hans Nordby, managing director for Portfolio Strategy at CoStar, told Bloomberg News last year. “Ten years from now we aren’t going to think anything about it. It will be like, 'I went to the strip mall, I saw the doctor, and then I bought a pair of shoes.'"