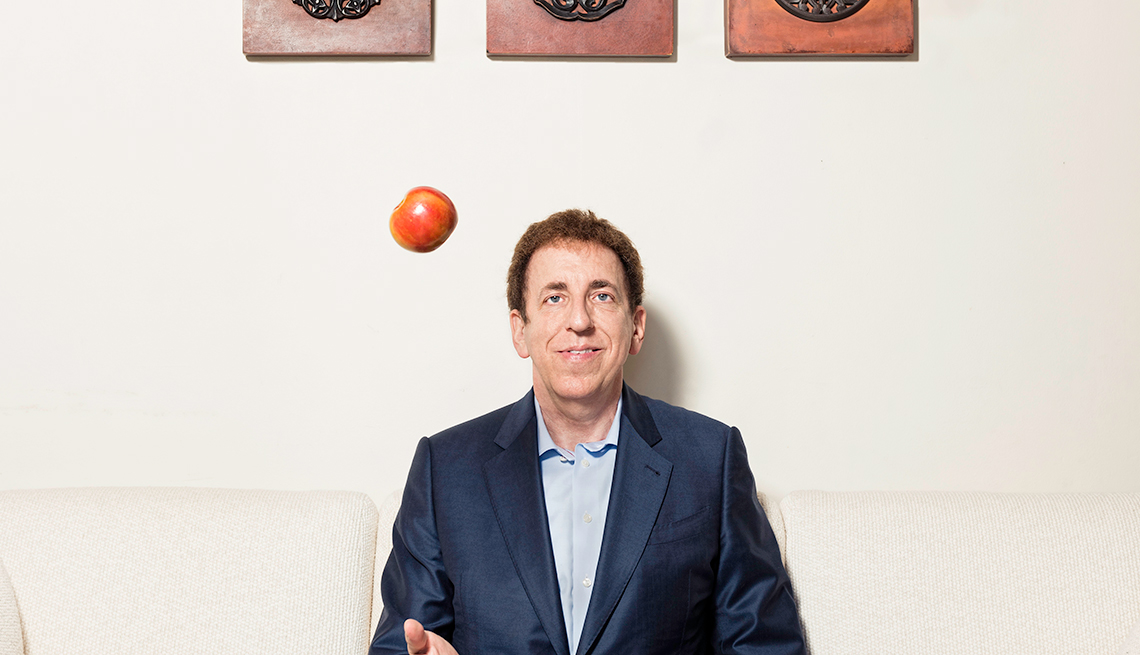 En español l A new book challenging the idea that fatty foods are bad for the heart has garnered a lot of attention in the press, while generating visions of steak, pizza and ice cream for those struggling to maintain low-fat eating habits. But renowned cardiologist Dean Ornish, author of a lifestyle intervention program that includes a strict, low-fat diet, regular exercise and stress reduction, warns that when it comes to healthy eating, if it sounds too good to be true, it probably is.

"I would love to be able to tell people they can eat what they want and they'll live a long, healthy life, but it's just not true," says Ornish, with a hint of exasperation. "It started with Bob Atkins and then Gary Taubes [who wrote the best-selling Good Calories, Bad Calories] and now Nina Teicholz [author of the just-released The Big Fat Surprise: Why Butter, Meat and Cheese Belong in a Healthy Diet]. People would love to hear that butter and steak are health foods, but they're not. They're just not."

Ornish has spent a lifetime conducting research into — and touting the health benefits of — his lifestyle intervention program, a rather austere regimen that includes getting no more than 10 percent of your calories from fat, exercising 30 minutes a day, reducing stress through yoga or meditation, and enhancing your personal relationships.

The latest study, published just a few months ago in the journal Lancet Oncology and coauthored with Nobel Prize winner Elizabeth Blackburn, found that men who followed Ornish's program significantly increased the lengths of their telomeres, bits of DNA on the ends of chromosomes that regulate cell aging. "This was the first study showing that any intervention can actually make your telomeres longer — in a sense, reversing aging at a cellular level," Ornish says.

Previous research has shown that the program can reverse heart disease, type 2 diabetes and even early-stage prostate cancer.

In fact, Medicare and many private health insurance plans now cover Dr. Dean Ornish's Program for Reversing Heart Disease, a 72-hour intensive lifestyle intervention program for patients with heart disease. One reason: The cost of sending one patient through Ornish's program — about $7,344 — pales in comparison to the savings realized. Highmark Blue Cross Blue Shield recently released data showing that the Ornish program saved the company about $17,600 per patient over three years. But that hasn't stopped Ornish's critics from attempting to discredit him.

"Dean Ornish is absolutely passionate about what he believes, but the science doesn't back him up," says Teicholz, who argues in her book that people have been duped into believing that saturated fat is bad and a plant-based diet is good. "Science shows that a high-fat diet really is the healthiest."

Ornish is unapologetic. "Nina hasn't done any research. Atkins didn't do any research. I have done the research and it clearly shows that people who eat the way they do are unhealthy." He cites a 2009 New England Journal of Medicine report that shows in detail the arteries of mice that followed a low-fat diet compared with those of mice that ate a high-fat, high-protein diet. In the latter, plaque coats the arteries, almost completely cutting off blood flow.

"Our bodies have this remarkable capacity to begin healing," he adds, "if we simply stop doing what's causing the problem — making poor lifestyle choices."

What small changes can you make to feel and live better? Consider Ornish's advice:

1. There are no good foods or bad foods

But some foods are healthier than others. "A plant-based diet low in sugar" is best.

"Thirty minutes of walking a day is sustainable, but the little things also add up — taking the stairs instead of the elevator, for instance."

"What matters most is your overall way of eating and living. If you indulge one day, that doesn't mean you cheated or you're bad or you failed. Just try to be healthier the next day."

4. How you eat is as important as what you eat

"If you can eat with awareness, you'll get more pleasure with fewer calories."

"Just the practice of focusing your awareness on something quiets down your mind and allows you to feel that inner sense of peace. Even a minute of meditation will carry you through the day."

6. Family and friends are critically important

"Study after study has shown that people who are lonely and depressed are three to 10 times more likely to die than those who have strong connections."

"Showing compassion for others is healing."